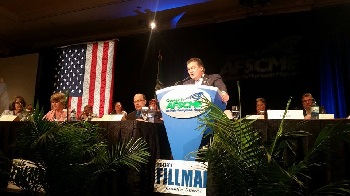 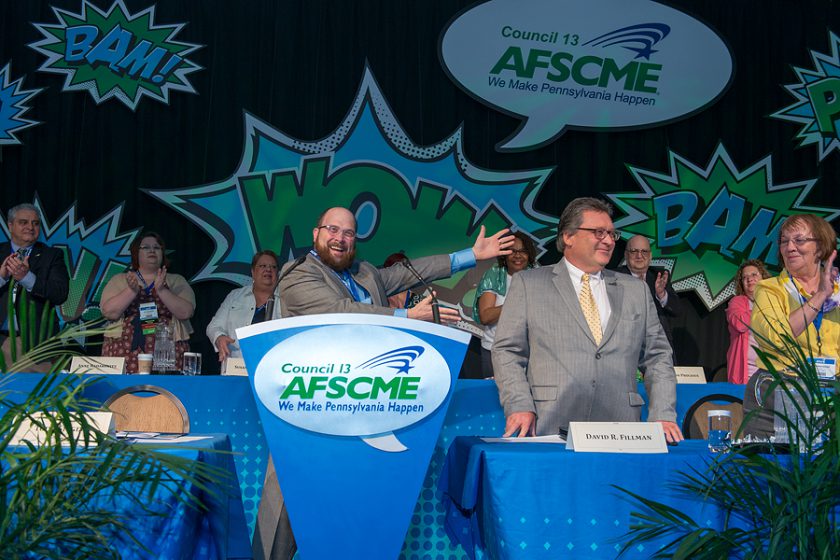 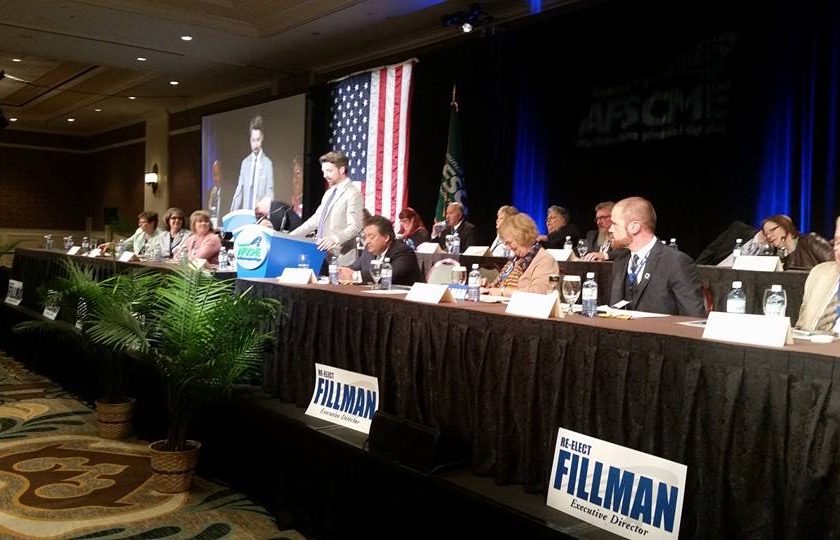 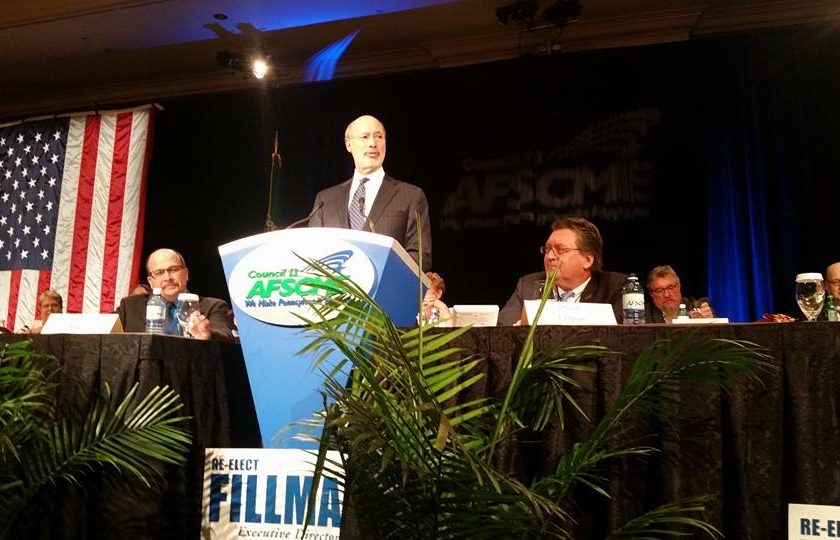 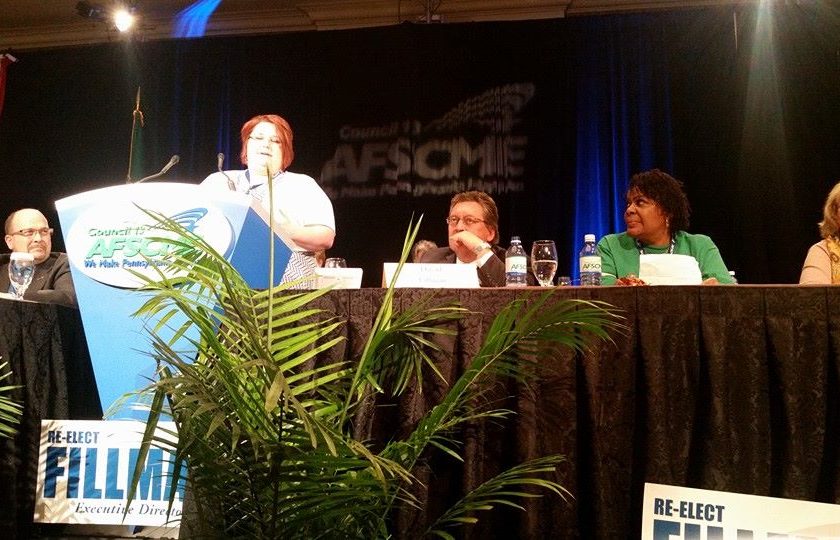 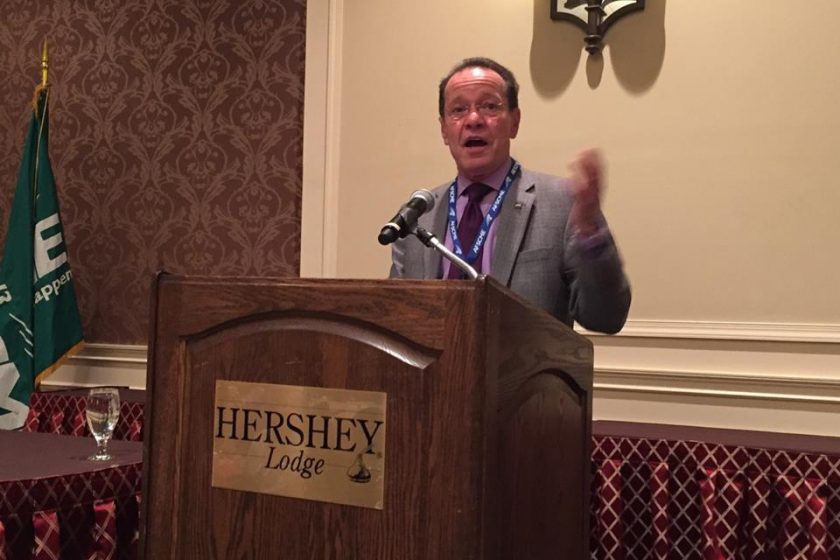 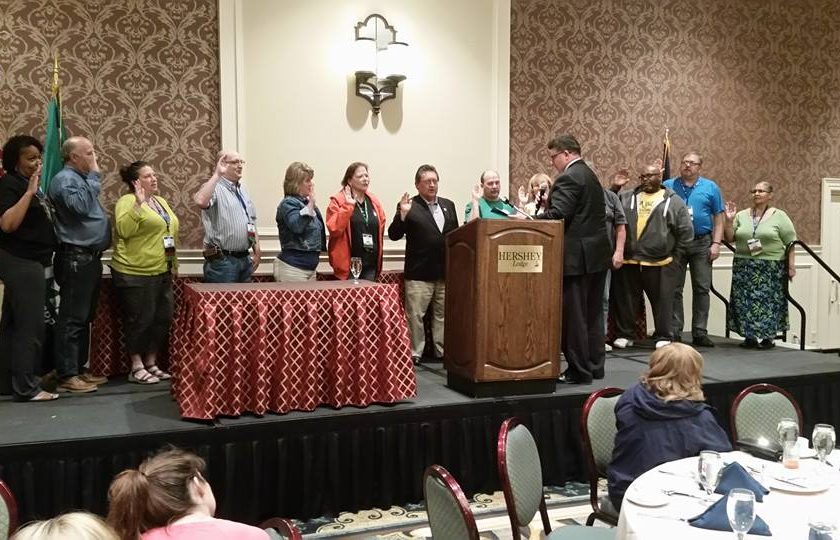 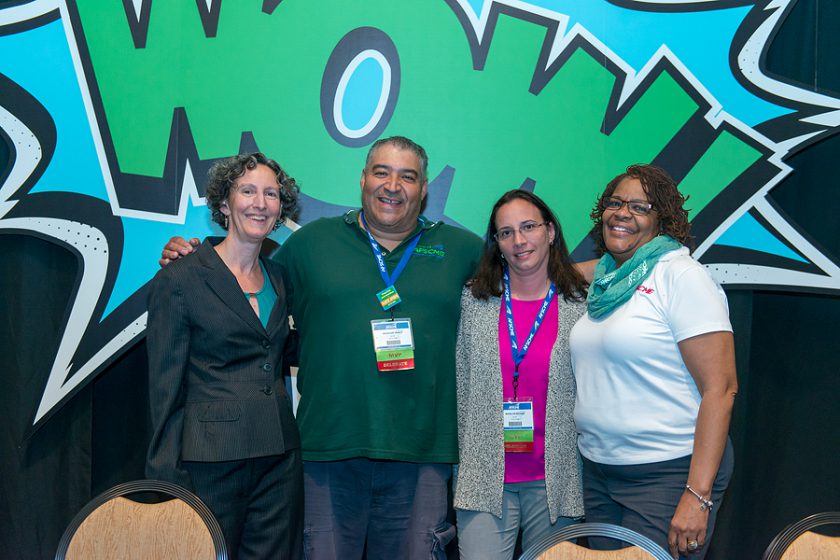 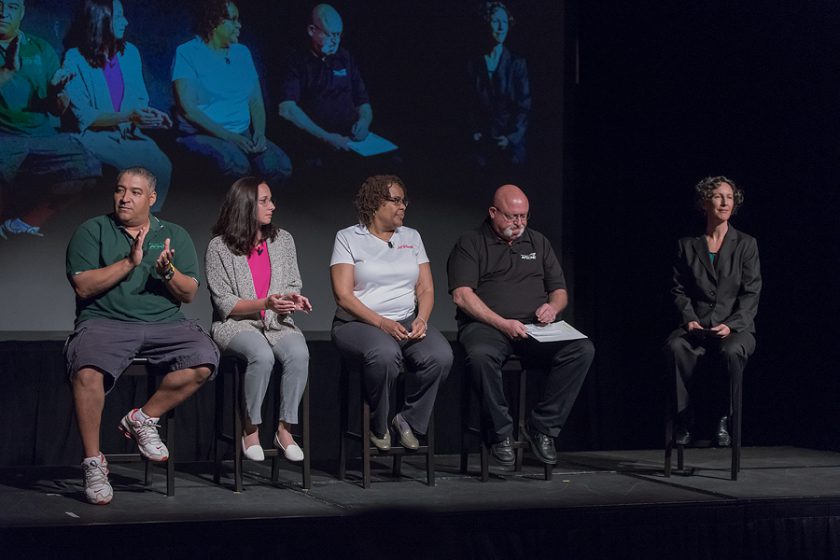 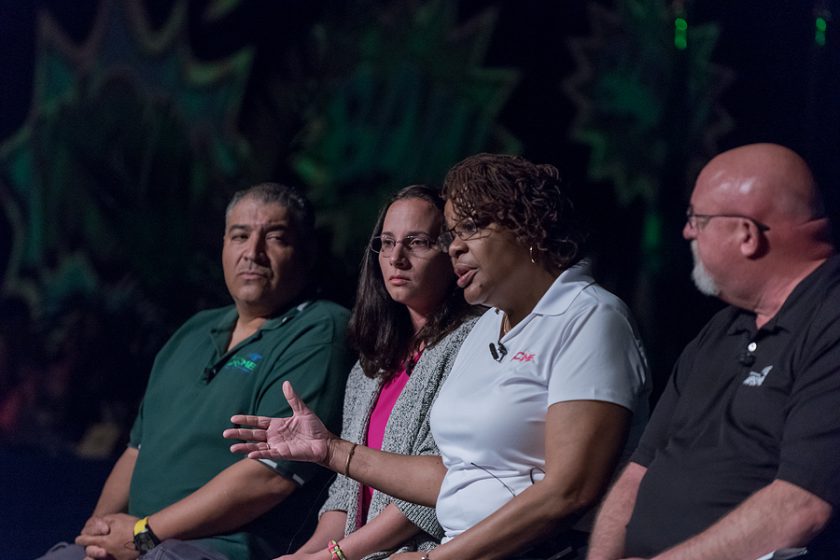 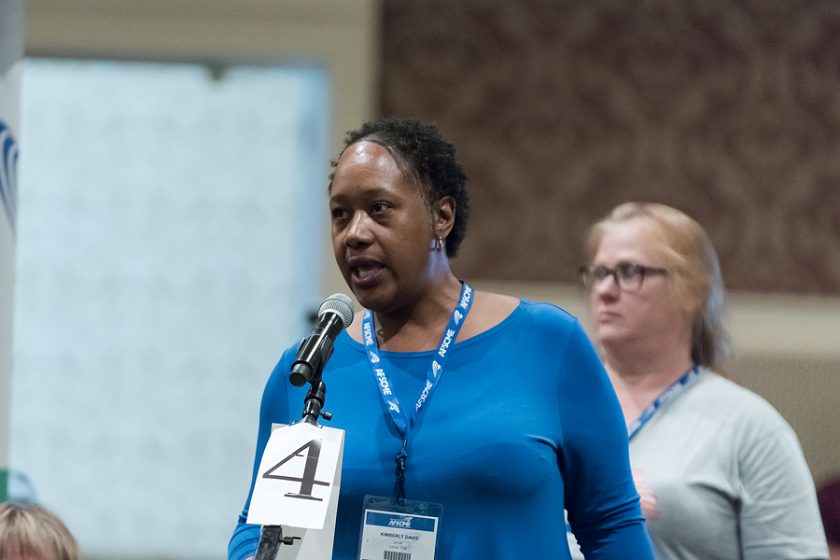 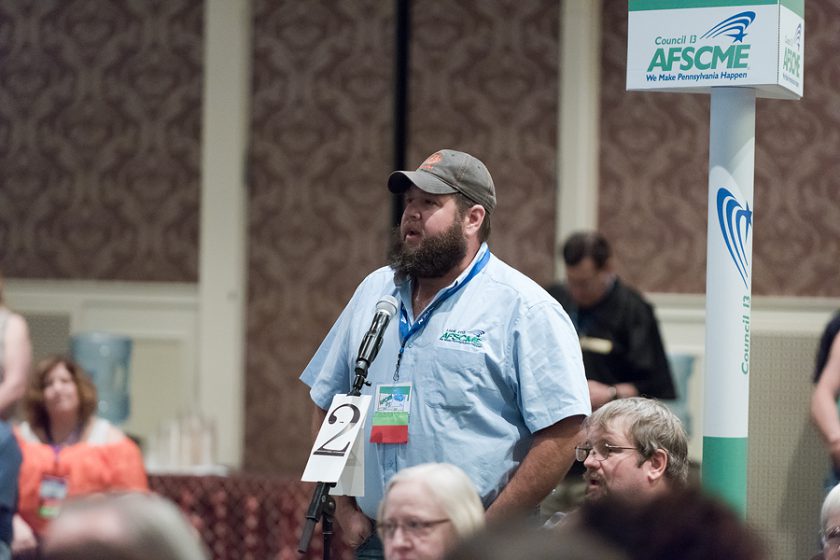 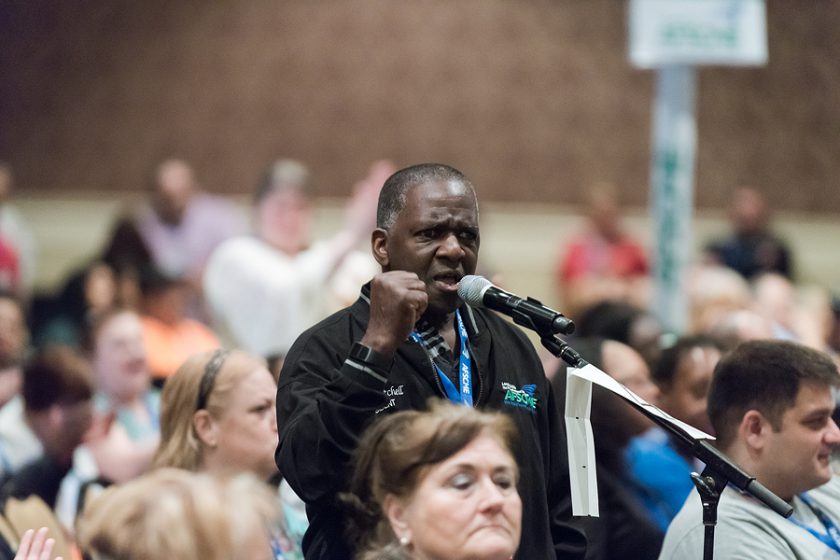 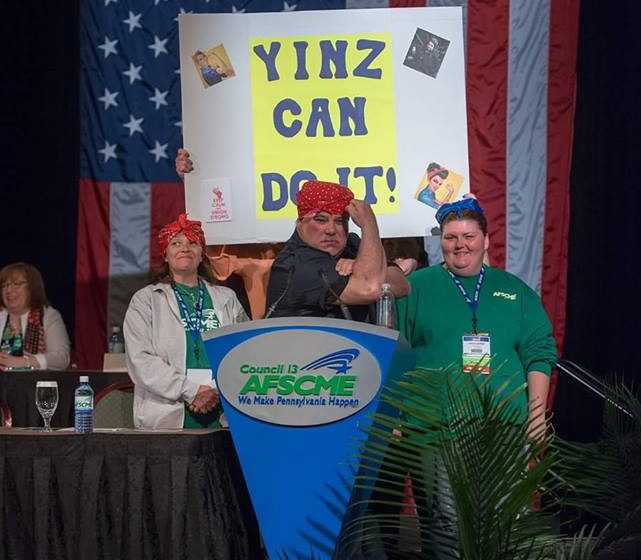 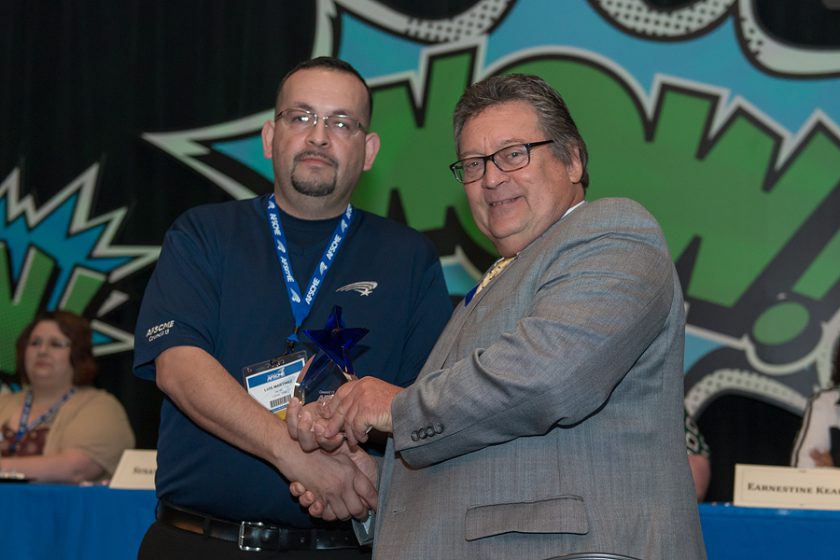 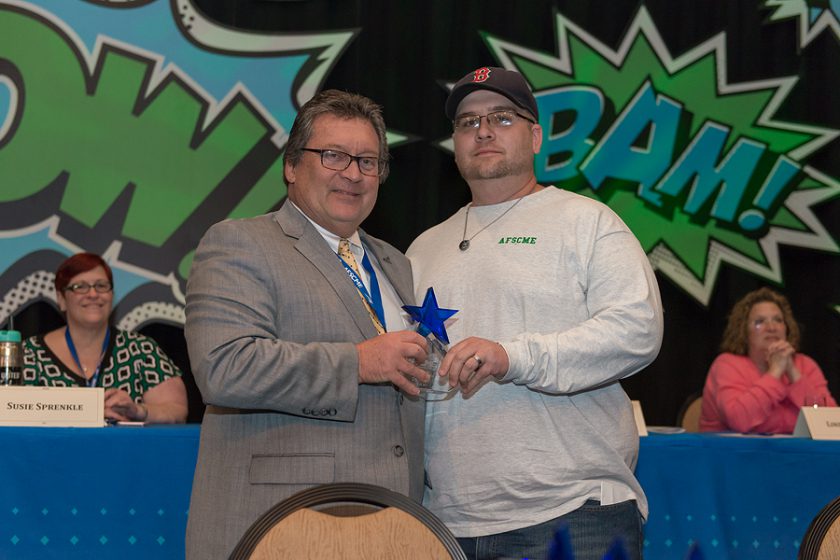 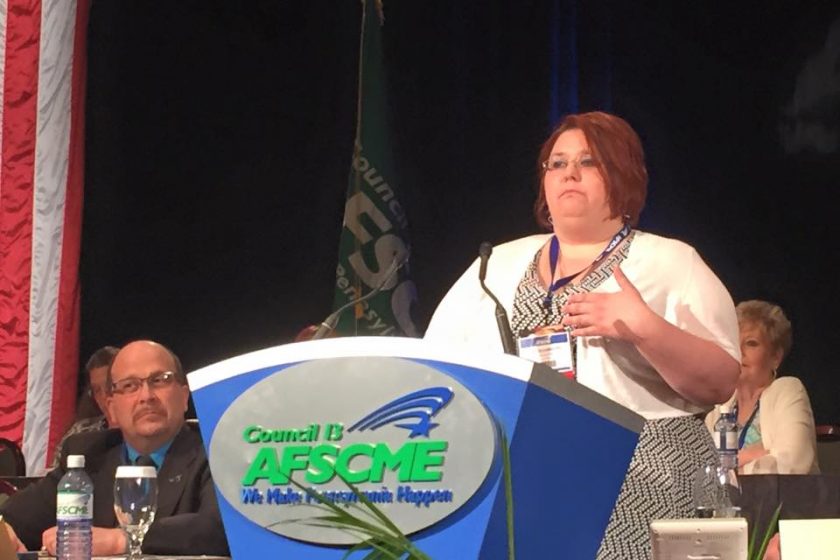 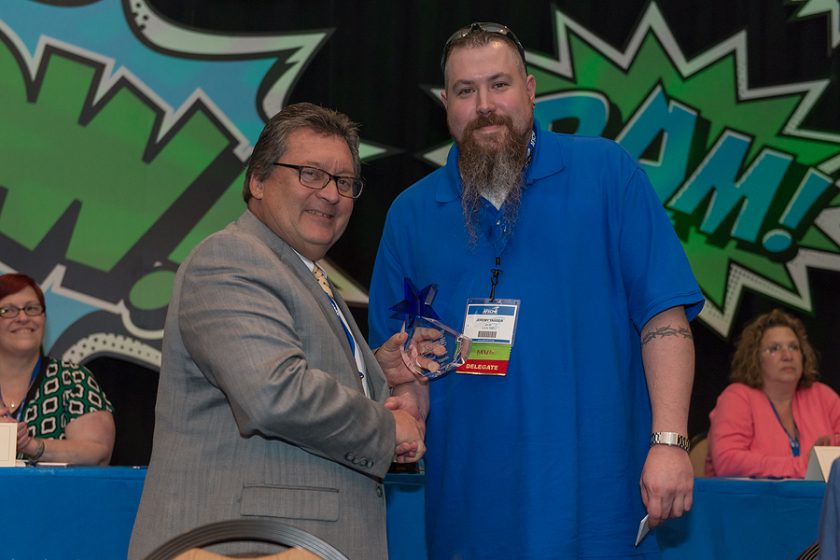 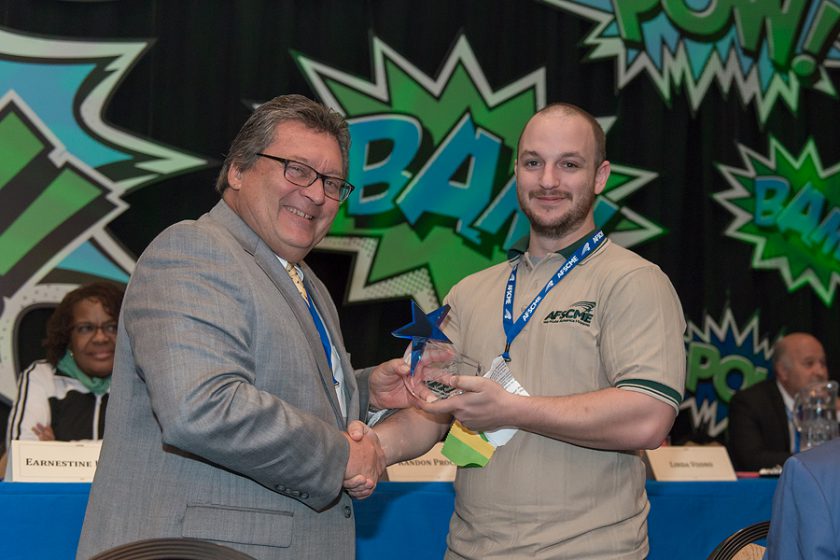 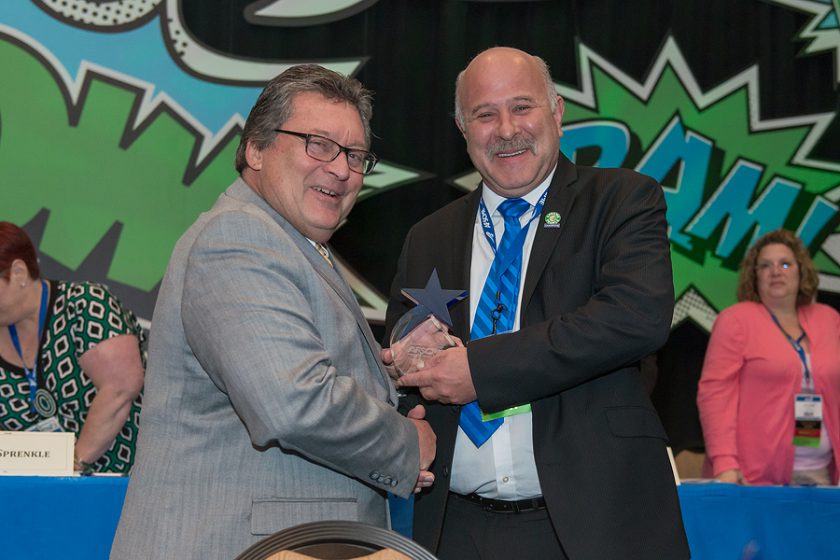 Along with all those great speakers, delegates were treated to a presentation by Women’s Leadership Academy graduates Anne Radakovits and Earnestine Kearse, and a riveting presentation of the Rules Committee by District Council 83 Director Mickey Sgro.

Unity was in the air with the Convention theme of “United We Stand,” the very core idea of labor unions, which is the only way labor can withstand the constant attacks from the courts and legislatures, and is the only way we can win crucial elections such as the one this year.

“Standing united ensures the vigor of our AFSCME Strong campaign, fortifies us against the disease of corporate-sponsored anti-union attacks and demonstrates the power of people to those who seek to destroy us,” David Fillman said.

“You see how much we can do in the face of so much adversity. We are able because we stand united! When we stand united, we are stronger, and we make the communities around us stronger!”

Every speaker brought something different to the table, and brought attendees to their feet, but they all brought the same message: Together we stand, divided we fall.

Watch for a full story about the Convention in the upcoming edition of the Council 13 Connection, which will feature more details and photos from this great weekend of solidarity and unity.
Thank you to everyone who made the Council 13 Convention possible, and to all the AFSCME members standing united across Pennsylvania.