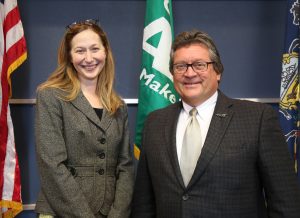 AFSCME Council 13 and the Commonwealth of Pennsylvania signed a 3-year contract for state employees today.

“I am proud of what the AFSCME negotiating team accomplished. The contract was ratified overwhelmingly, which means the team did a good job of addressing the concerns of their sisters and brothers,” Fillman said.

“Organized labor is going to be facing some challenges coming from the Pennsylvania legislature, as well as from Washington, but it is good to have this agreement in place for the next three years.”

To view the contract: