AFSCME Council 13’s Statewide Steering Committee met via Zoom on Wednesday, March 31, 2021, to hear candidates for Pennsylvania’s statewide judgeships make their cases for why they are best-suited to uphold the well-being and security of our commonwealth’s working families and their unions.

The committee, which is comprised of AFSCME Council 13 members and leadership, unanimously endorsed Judge Maria McLaughlin for Supreme Court, Judge Timika Lane for Superior Court, and both Amanda Green-Hawkins and Judge David Spurgeon for Commonwealth Court. 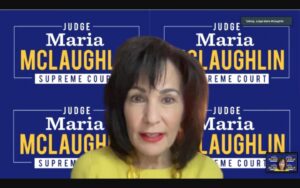 “I would never run for any office without the support of labor,” Judge McLaughlin said to the AFSCME Council 13 Statewide Steering Committee. 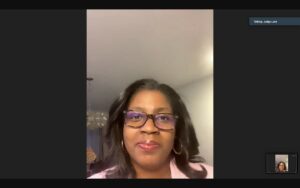 “I know unions, I know their values, and I know what you do, and it’s changed my life,” Judge Lane, a former schoolteacher and product of a union family, said to the AFSCME Council 13 Statewide Steering Committee. 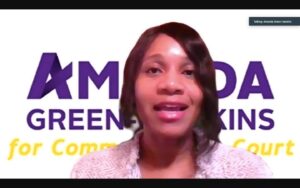 “I’ve been working for the largest industrial union in North America for close to 20 years,” Green-Hawkins, a lawyer for the United Steel Workers (USW), said to the AFSCME Council 13 Statewide Steering Committee. 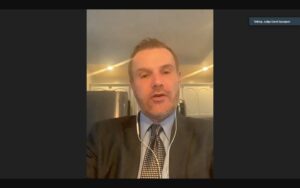 “I believe I’m the person that can make sure our labor unions get a fair shake,” Judge Spurgeon said to the AFSCME Council 13 Statewide Steering Committee.

In addition to those candidates, the committee heard from Jill Beck and Judge Lori Dumas. Council 13 thanks them for their time and for their commitment to working families.

“We were grateful to hear from six pro-union candidates who came to us asking for an endorsement, which says a lot about their commitment to working people as well as the importance of the support of AFSCME members,” Council 13 Executive Director David Henderson said.

“Judges on the Supreme, Superior, and Commonwealth Courts have a huge impact on the lives of public service workers and union members, and we want to make sure our union has a voice in this crucial election.”

Judicial races often receive less attention and lower turnout than higher profile gubernatorial and presidential races, but are just as important, if not more, in determining how the law impacts workers.

From an AFSCME member’s perspective, these judicial races are crucial. For example, the Pennsylvania Supreme Court is the body that heard the case regarding “payless paydays” in 2009 and sided with state workers, ruling that they cannot go without paychecks during a budget impasse.

The committee is confident that its endorsed candidates are the best choices for not only union members, but for all working people in Pennsylvania. Be sure to vote on Tuesday, May 18!