The coronavirus outbreak has had far-reaching effects on public services and the workers who power them. AFSCME members have been on the front lines of keeping communities running through these unprecedented times. While many do the right thing of staying home, school district and university employees, correctional officers, nurses, and transportation workers still have to work, some from home – and some on site.

Helen, along with her fellow Local 2196 members, have gone to work on a volunteer basis amid the coronavirus outbreak to prepare meals at the local middle school to be distributed in school parking lots out of a delivery truck.

“The superintendent has been blown away by how employees are stepping up,” she said.

Local 2196 President Jimmy Oberhoff, who is an electrician for the school district, was part of another volunteer crew of about 30 Local 2196 members who deep cleaned and sanitized the high school, middle school, and elementary schools so they are ready for students to return – whenever that may be.

“I’m very proud of our AFSCME members for jumping in and volunteering,” Jimmy said. 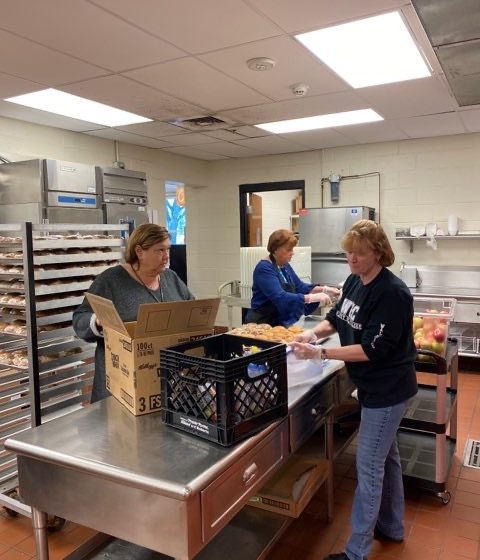 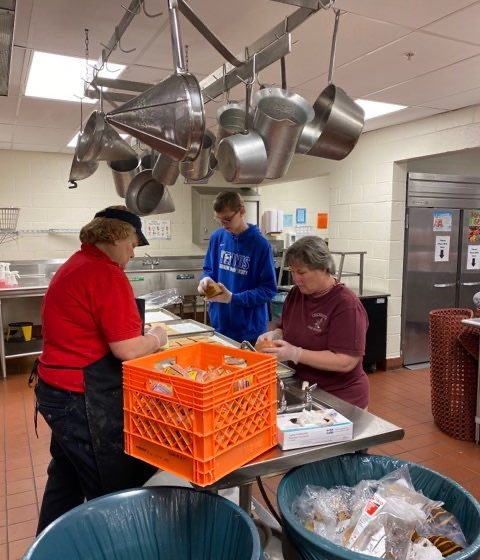 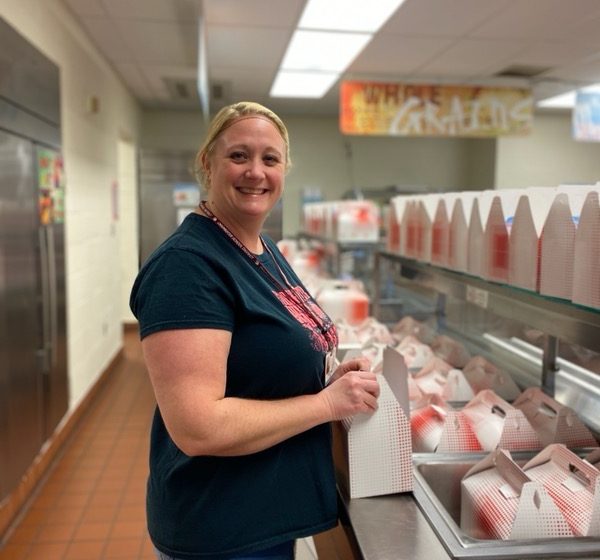 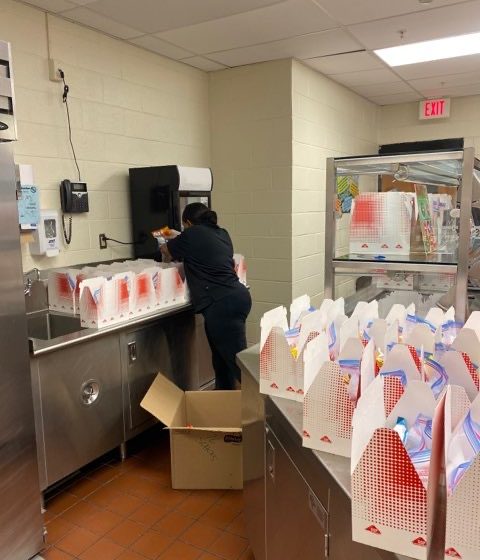 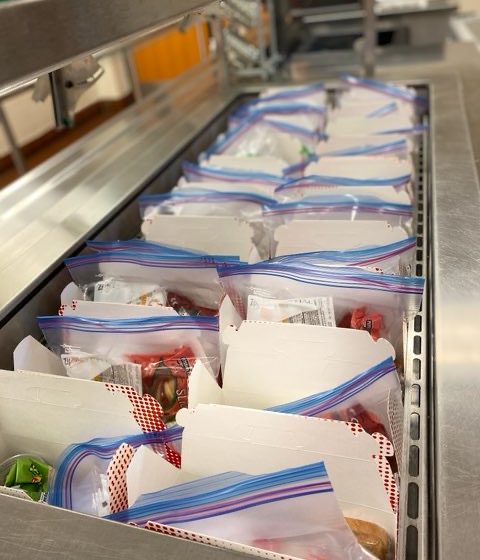 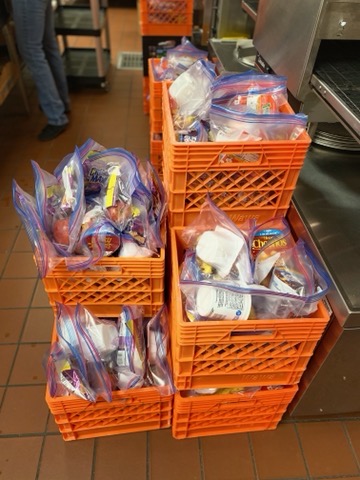 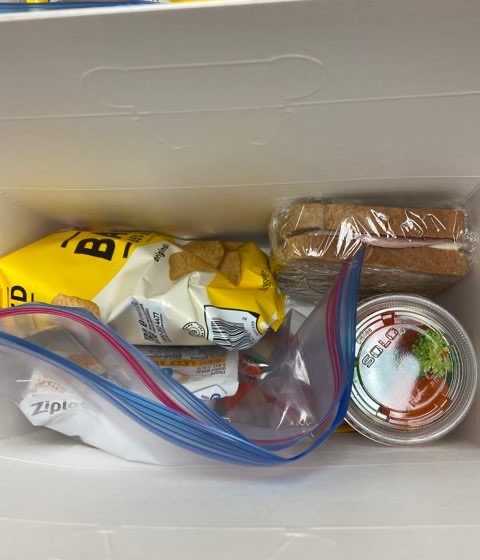 Meals prepared by AFSCME Local 2196 members for Chichester School District students who rely on schools for breakfast and lunch.

Meals prepared by AFSCME Local 2196 members for Chichester School District students who rely on schools for breakfast and lunch.

A meal prepared by AFSCME Local 2196 members for Chichester School District students who rely on schools for breakfast and lunch.

On the other side of the state, Jeff Frontera, President of AFSCME Local 297 (Pittsburgh School Employees), said people “are finally realizing how bad they need us,” as him and a handful of Local 297 members work to deep clean the Pittsburgh School District’s 65 schools.

Meanwhile, as universities in the Pennsylvania State System of Higher Education (PASSHE) close campuses, their clerical workers continue to serve students and their families from home.

Carolyn Evans, Vice President of AFSCME Local 2345 (West Chester University) and clerical employee at West Chester University (the first state university to close due to the outbreak), said she thought working from home would be tough, but management has been working with them and communicating often, so it hasn’t been too bad, but they still don’t know when they will return to their regular worksites.

“We’re still servicing customers. Even though the university is closed, the services are not,” Carolyn said.

One institution that simply cannot close is the prison system. Bill Jones, President of AFSCME Local 1738 (Lancaster County Prison) and Correctional Officer at Lancaster County Prison, said they have stepped up precautions at the prison for the safety of inmates and employees alike. That means legal visits are done via teleconference and if an inmate has a fever, they quarantine the whole housing area.

“They’re taking your temperature when you come to work. If you’re over 100 degrees, you have to go home,” Bill said.

Another aspect of corrections is nursing. Melissa Holden is the President of AFSCME Local 2958 (SCI Huntingdon and Smithfield) and a Licensed Practical Nurse at SCI Huntingdon. She said her institution is calling only a block at a time for meals and medicine distribution instead of an entire side of the prison in order to reduce crowds. Beyond that, they are following similar protocol as they do with flu symptoms. If an inmate is displaying such symptoms, they must wear a mask and they and their cellmate are quarantined. Melissa and her fellow employees are being extra careful, washing hands as always and sanitizing work areas even more than usual.

“I feel like they’re doing everything they can possibly do. We get one or two updates almost every day in our email,” Melissa said.

“I hope they get it under control.”

While we are all encouraged to stay home as much as possible, it is important that roadways stay open and maintained. In Clarion County, about 18 volunteer Pennsylvania Department of Transportation (PennDOT) employees are covering the entire county instead of the usual 50 to 60.

“Our management and union came together to make these decisions that were not only the best for our members but for the commonwealth. By calling all members and asking for volunteers, we assured that we had employees that wanted to be here and were okay taking the risks to do so,” AFSCME Local 2112 (Clarion County Trades and Labor) President Josh Minich said.

Josh and his fellow Local 2112 Executive Board members were the first to volunteer, and others followed suit, to the point that there are enough employees to fill in if some get sick.

“We don’t expect the members to do anything we’re not willing to do ourselves,” Josh said.

“We’ve also committed to quarantine ourselves. We’ve agreed to go nowhere other than work and home.”

These Local 2112 members are manning skeleton crews to do emergency work that includes pothole patching, debris removal along interstates, picking up roadkill, tree removal, traffic control for accidents, as well as responding to recent flooding and doing regular spring/summer preparations. On top of that, there is snow in the forecast so they’re getting plows ready.

“It’s our job and we need to keep the taxpayers and motorists safe. At times like these, we’re public employees. Our job is to serve the public first and worry about ourselves second.” 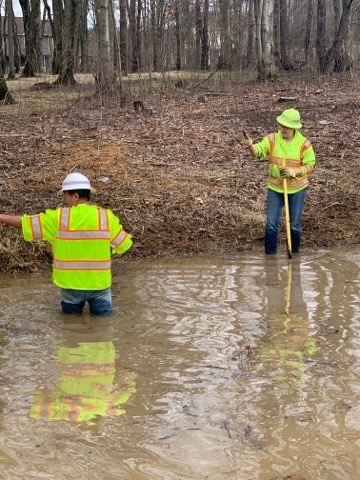 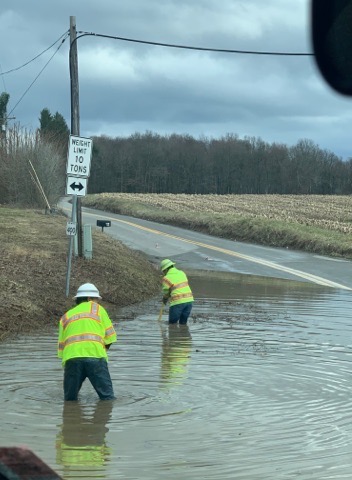