Commonwealth employees represented by AFSCME Council 13 voted overwhelmingly in favor of a four-year contract with the Commonwealth of Pennsylvania.

A tentative agreement was reached on May 30 after months of negotiations between union representatives and Commonwealth officials. Council 13’s State Policy Committee unanimously approved the agreement.

The contract, which will expire on June 30, 2023, includes a total of 16.75 percent of wage increases over the four years with no increase in healthcare contributions from employees. The Commonwealth will contribute more toward healthcare costs throughout the term of the contract.

“I want to recognize the rank-and-file AFSCME members from all over Pennsylvania who traveled to Harrisburg for numerous negotiating sessions, which produced this great deal for their fellow Commonwealth employees,” Council 13 Executive Director David Fillman said.

“I also want to recognize Governor Tom Wolf, who managed the budget well enough to the point that we had a surplus for the first time in years, which allowed for a state employee contract that properly compensates the people who make our state government run so efficiently. We look forward to continuing to work with Governor Wolf on many issues, including his ‘Lean’ initiative that will focus on improved service to Pennsylvanians and increased savings for taxpayers.”

Full voting results will be posted on AFSCME13.org in the coming weeks. 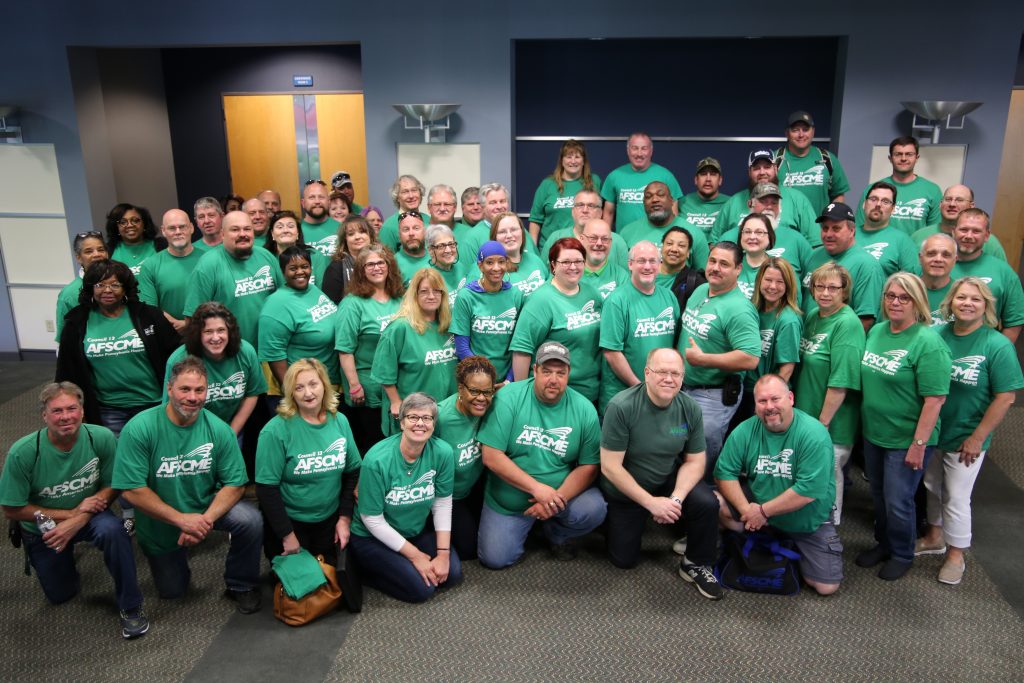 AFSCME Council 13’s rank-and-file negotiators show their solidarity during one of many negotiating sessions.