The members, leaders, and staff of AFSCME Council 13 send their deepest condolences to the family, friends, and coworkers of Blair County Prison Corrections Officer and AFSCME Local 3157 member Rhonda Russell, who died in the line of duty at the Central Court building in Altoona, Pennsylvania.

According to state police, a suspect was at the courthouse for proceedings when he allegedly disarmed Russell during a physical struggle. A law enforcement officer in the courthouse responded to the struggle and discharged his firearm in an attempt to stop the suspect from attacking Russell. Sadly, Russell was struck by a round from the officer’s firearm and was later pronounced dead at UPMC Altoona.

“I am profoundly saddened by the loss of a devoted protector of her community in Rhonda Russell. The entire AFSCME family is sending their love, thoughts and prayers to her family,” AFSCME Council 13 Executive Director David Henderson said.

Russell worked in public service as a member of AFSCME for over 14 years. Her death is a tragic and unwelcome reminder of the dangerous jobs performed by public employees, especially those in corrections and law enforcement. Council 13 mourns this terrible loss and will work to honor her memory by continuing its efforts for safer work environments for corrections employees and all front-line workers. 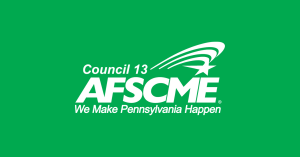