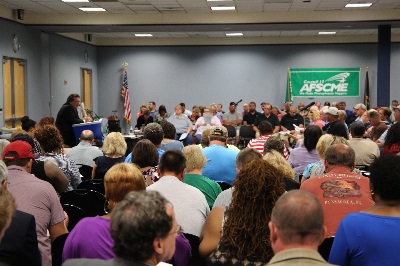 Harrisburg, PA (August 3, 2016) – Following many negotiation sessions in the past months, Council 13’s State Policy Committee unanimously approved a three-year tentative agreement with the Commonwealth of Pennsylvania. AFSCME members in Pennsylvania will be voting on the ratification of the proposed state contract over the course of the next month.

AFSCME Council 13 will not release any details of the tentative agreement until our members have been notified.

“I am pleased with the outcome given the current climate in Harrisburg,” said Council 13 Executive Director David Fillman.

“Our members are cognizant of the challenges in the state budget, as well as the costs to the taxpayers of Pennsylvania, but I feel this is a fair proposal for all given the work our members do to make this Commonwealth happen.”

AFSCME Council 13 is the largest public employee union in Pennsylvania representing the most Commonwealth employees, totaling more than 40,000. Full results will be posted on afscme13.org once all local unions have voted.