Public service employees do tough jobs every day that keep people safe and make communities happen. Those jobs are often thankless, and those who perform them seldom seek recognition.

For those reasons and many more, the 45th Annual AFSCME Council 13 Convention honored the “Heroes Among Us,” the everyday superheroes that make up AFSCME’s membership.

“This convention is all about recognizing the heroic work AFSCME members do in the form of everyday tasks, and how those heroes use their powers to strengthen their Local Union,” AFSCME Council 13 Executive Director David Fillman said to the 386 delegates in attendance. 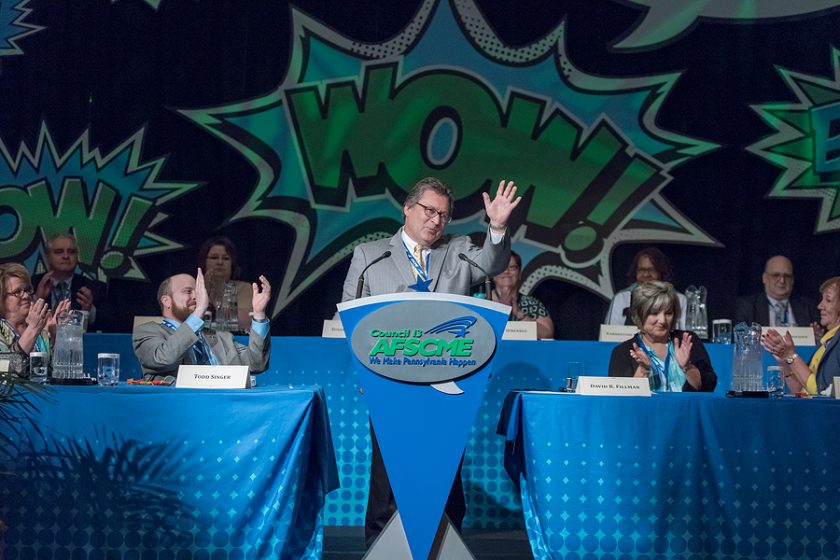 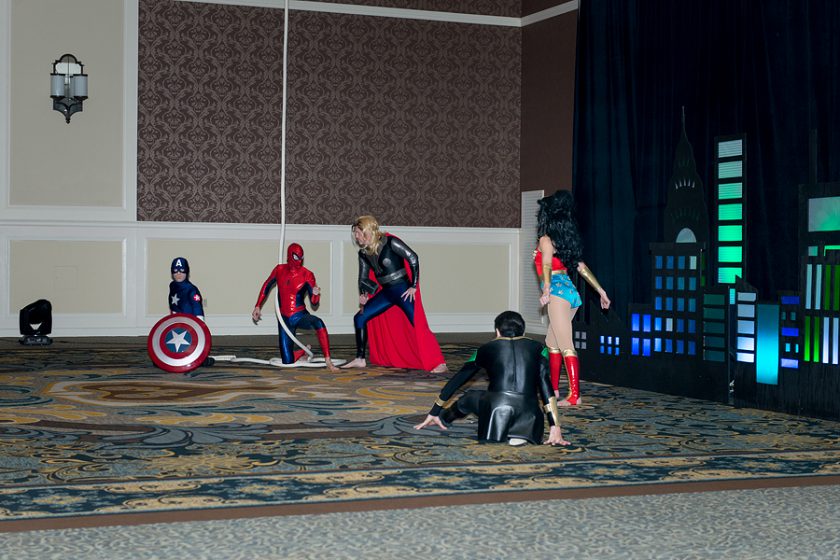 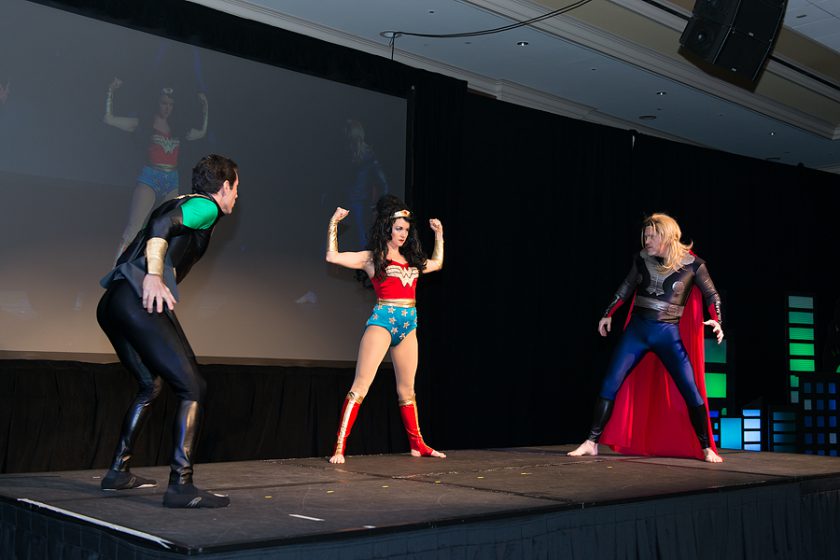 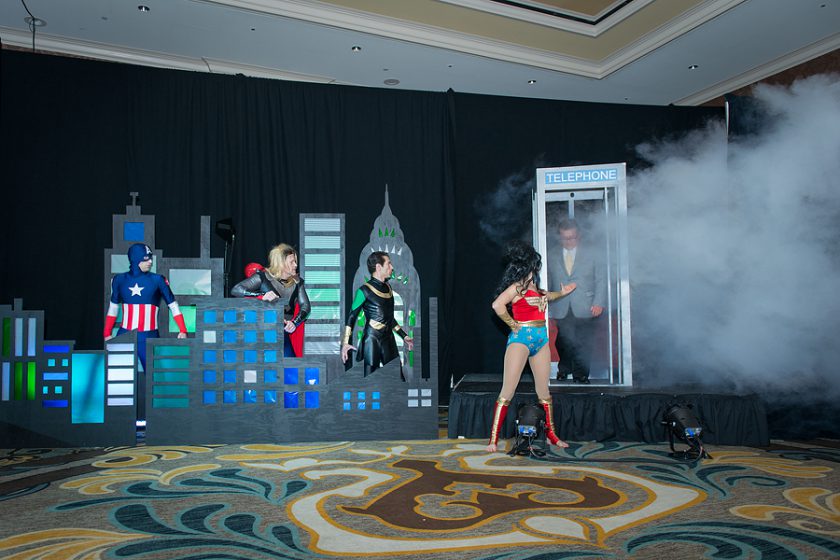 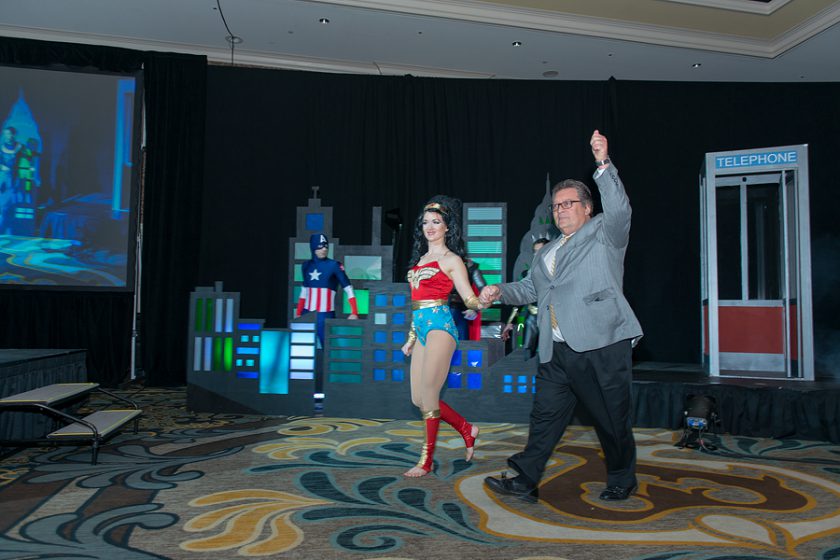 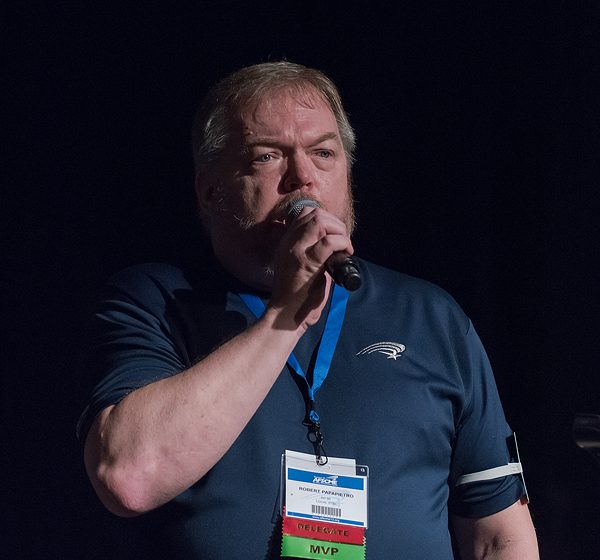 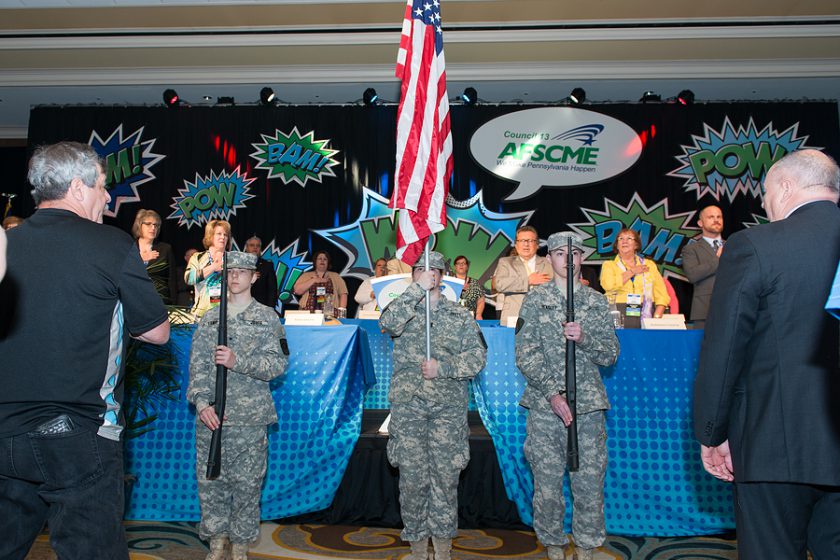 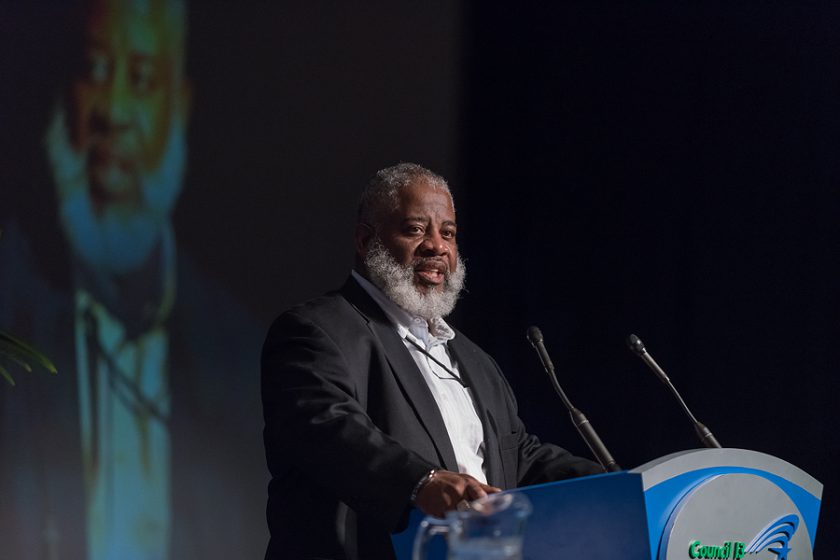 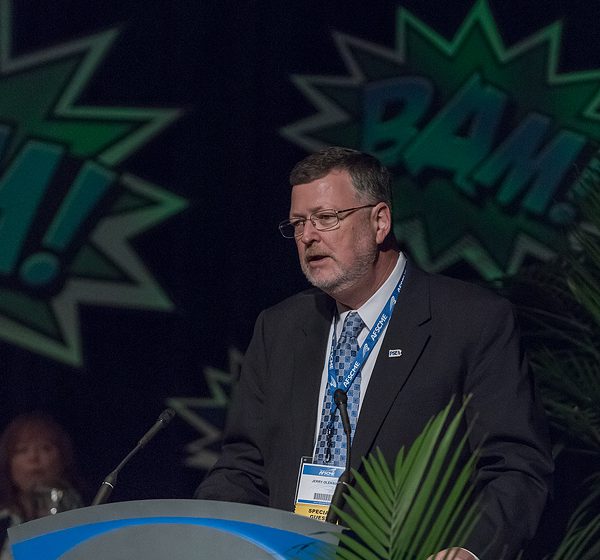 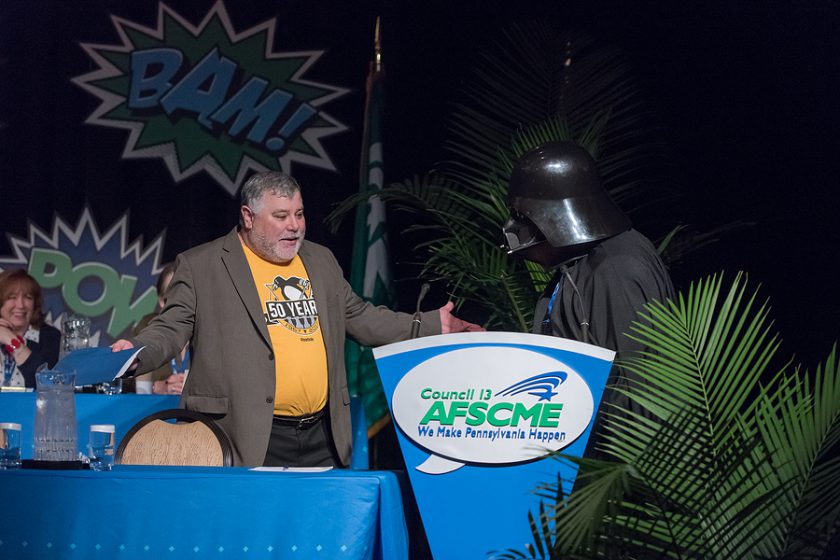 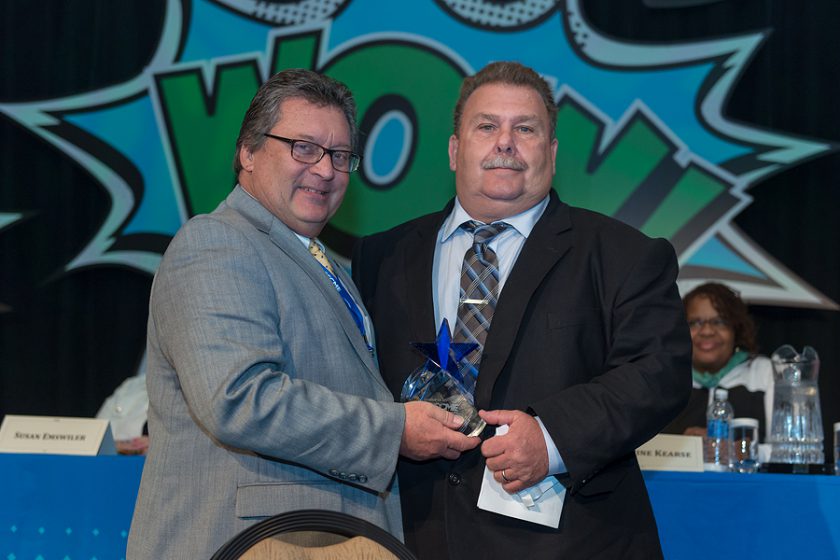 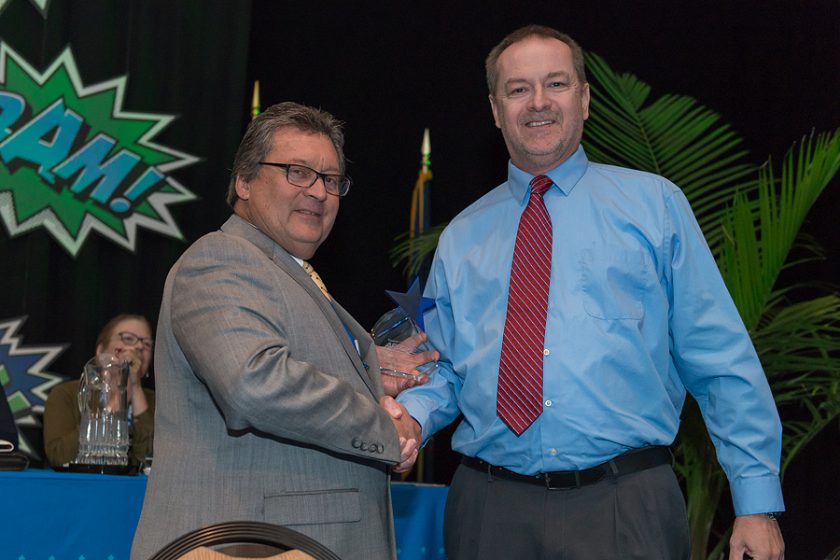 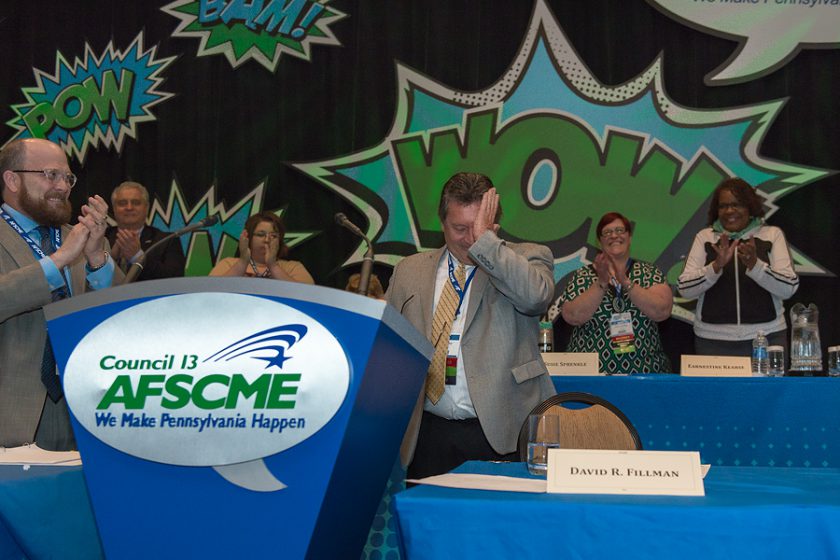 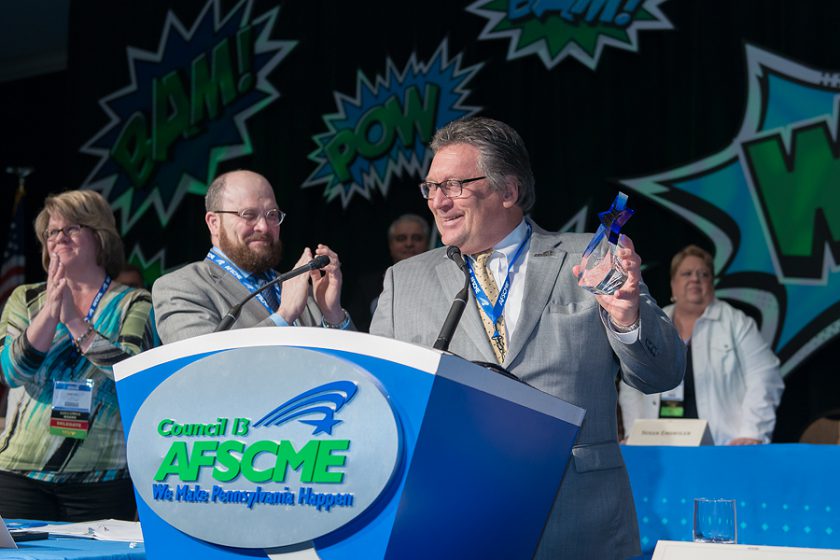 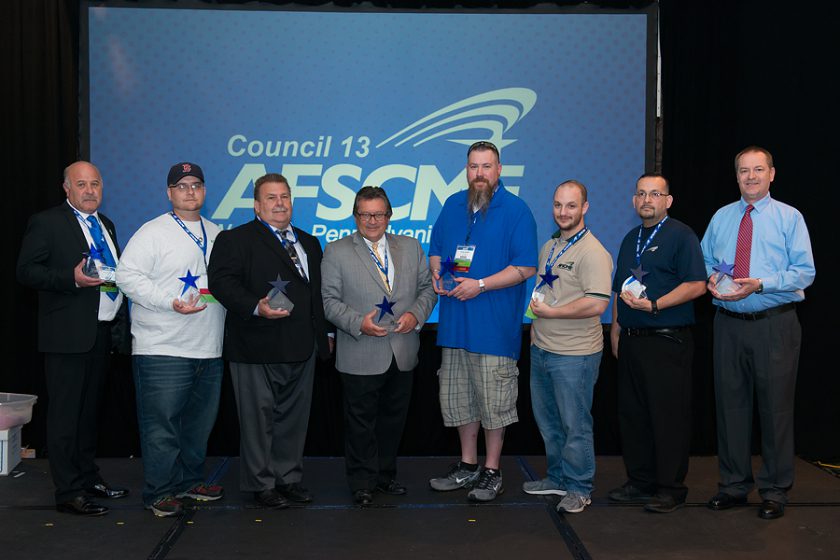 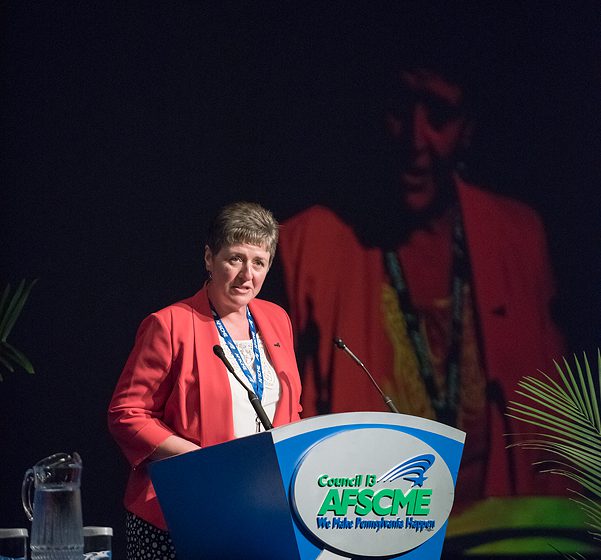 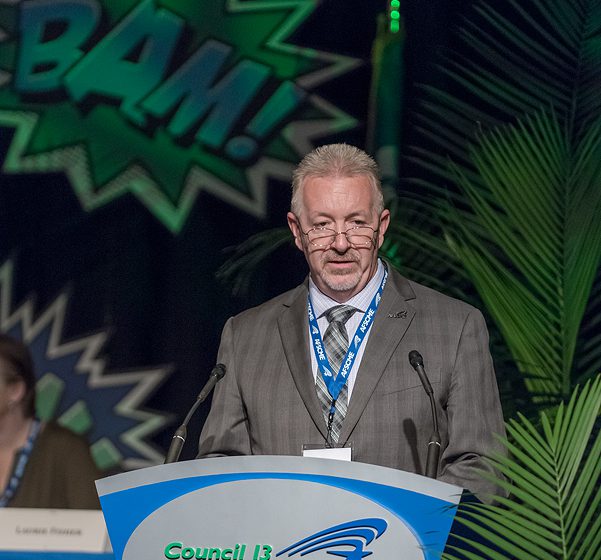 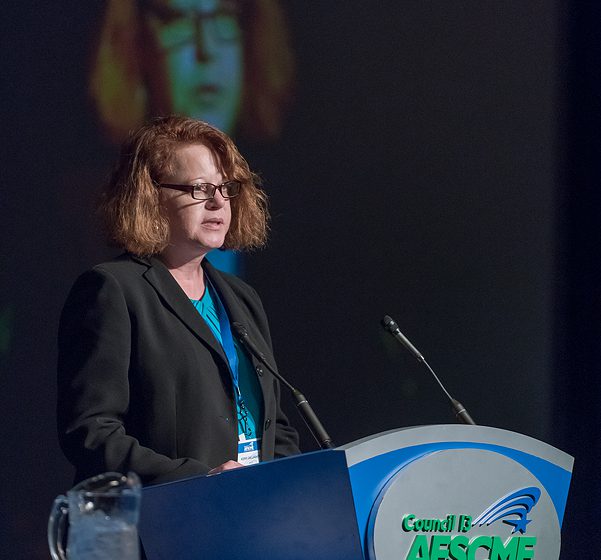 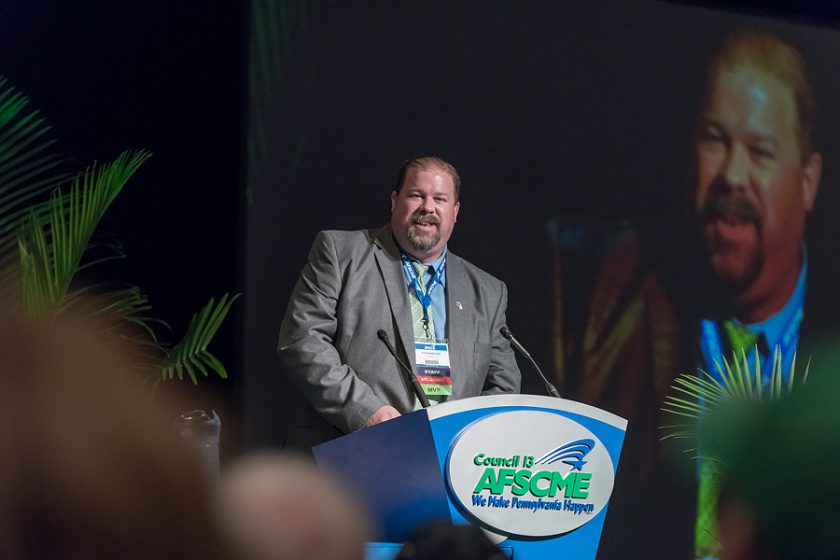 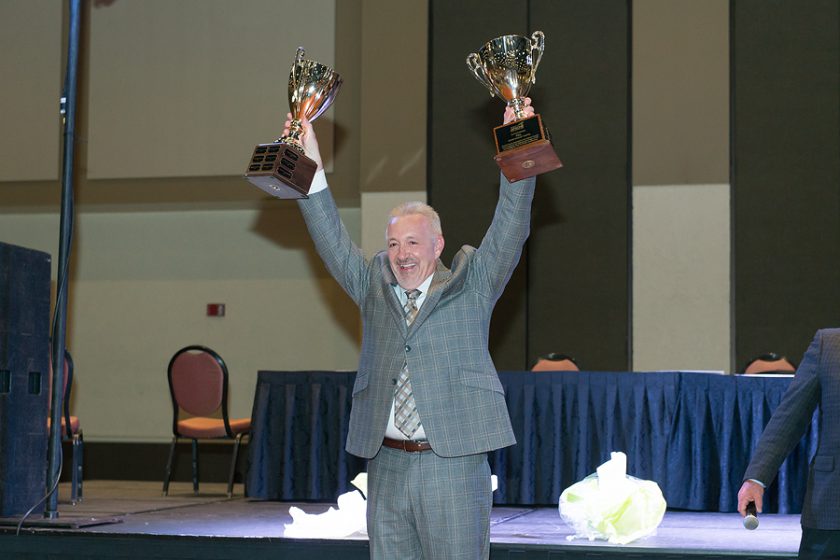 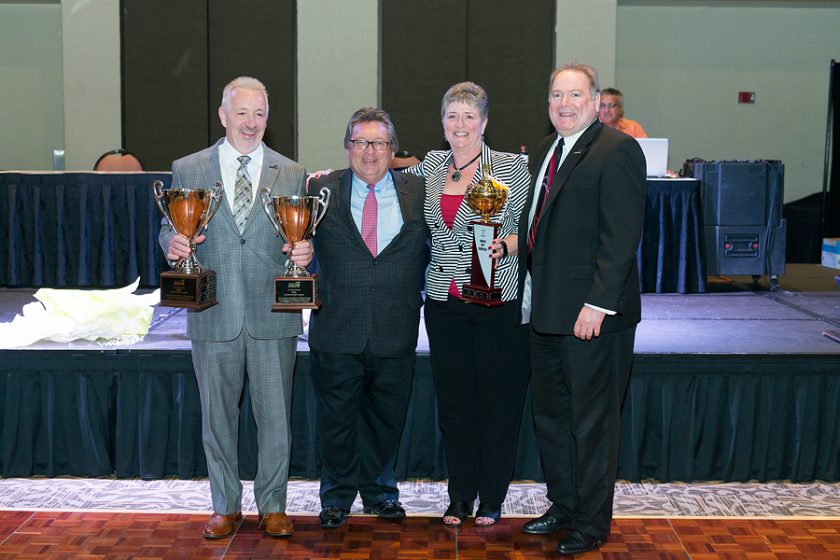 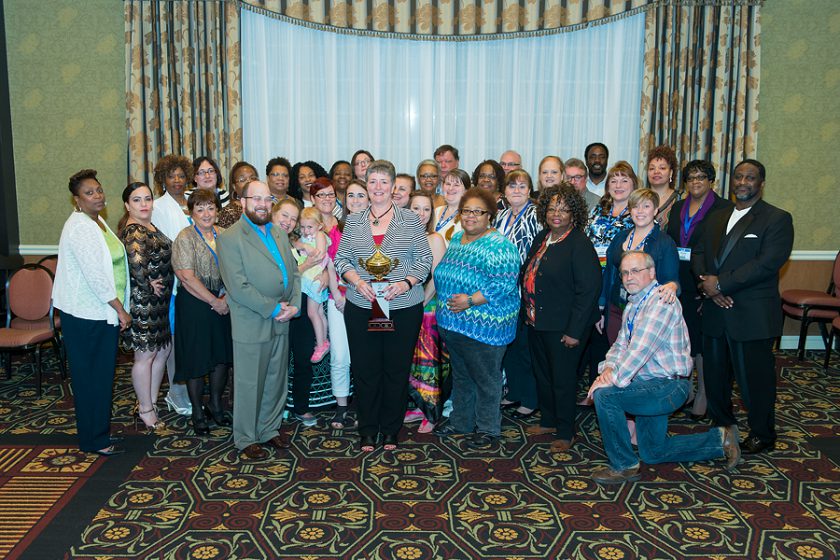 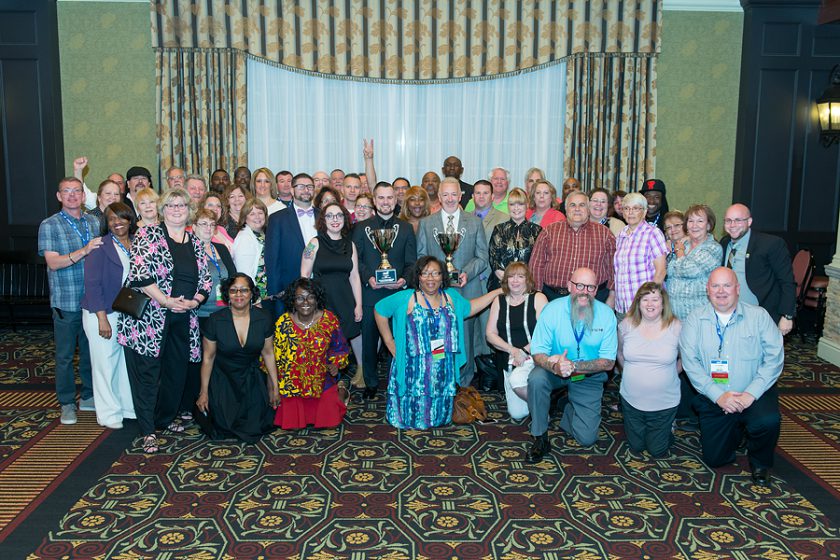 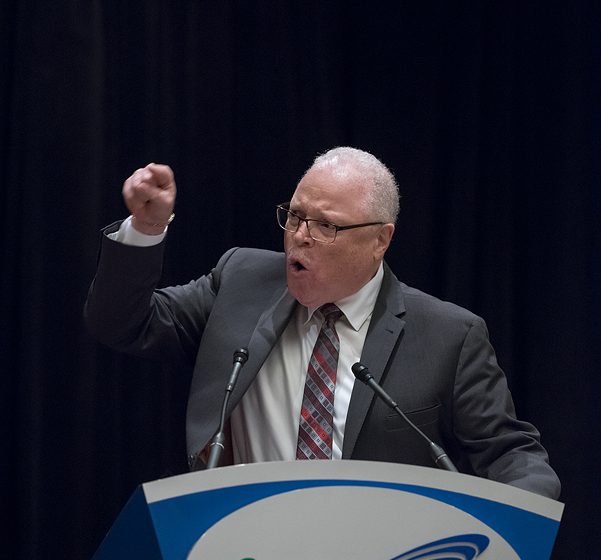 The general session of the convention opened with a dramatic superhero performance, including Spider-Man, Wonder Woman, Thor, Loki and Captain America, which ended with Council 13’s “Superman” David Fillman emerging from a phone booth before the Convention was called to order by Council 13 President Todd Singer.

“We’ve seen more action before noon than most people will all day! But that’s nothing new for public service workers. We’re in the trenches bright and early, making it happen and keeping our communities safe,” Singer said.

The panelists discussed a variety of topics, with a focus on strengthening their local unions through increased membership and Political and Legislative (PAL) participation, as well as effective use of Member Action Teams (MAT) and New Employee Orientation (NEO). Hathaway brought a unique perspective of someone from a Right-To-Work state, and shared the stark reality of anti-union policies, displaying a three-page document that makes up their state contract after collective bargaining rights were gutted.

The panelists’ inspirational stories led to passionate calls for action from delegates on the floor, and left all involved with a renewed enthusiasm to take on the challenges that the labor movement faces.

In the afternoon, the action continued with the Heroes Among Us Awards, which recognized Council 13 members for excellence in Political Action, Community Service and Next Wave, along with awards for exceptional Dedication and going Above and Beyond.

Congratulations to all of the award winners, which include Howard Thompson (Local 2902, Lawrence County) for Political Action, Luis Martinez (Local 1078, Lebanon School District) for Community Service, Gary Gealy (Local 1050, Polk Center) for Next Wave, Shawn Robinson & Jeremy Yagoda (Local 2047, Ebensburg Center/Altoona Center) for Next Wave, Jeff Frontera (Local 297, Pittsburgh School Employees) for Dedication and Joe Thompson (Local 3157, Blair Bedford Huntingdon Counties) for Above and Beyond. Every award winner stepped up in a big way in their union and on the job, and never did so to receive an award, which is what makes them heroes.

Joe Thompson’s story was particularly moving, with very few dry eyes in the room as a video played recounting a scary day in Huntingdon County, Pa., when a hunter named Bruce Miller was stuck hanging upside-down from a tree stand, and came close to death. Fortunately, the 9-1-1 dispatchers and first responders, who Miller referred to as his “heroes and angels,” acted quickly and saved his life. Joe Thompson was one of those dispatchers, and accepted the Above and Beyond Award on behalf of Local 3157 for their lifesaving actions. Click here to read more about their story.

After all of the awards had been accepted, Executive Director Fillman began to conclude the awards and adjourn the convention, but was interrupted by AFSCME International President Lee Saunders on screen. President Saunders announced there was one Heroes Among Us Award left to give, and this one would be for Lifetime Dedication.

An unsuspecting Fillman listened on, and not until Saunders said his name did he realize he was receiving the award. Saunders and all eight District Council directors spoke in the video about the profound impact Fillman has had on them and the union over the years. Fillman, who has been a part of AFSCME for more than 45 years, was visibly moved by the award, and thanked all of his brothers and sisters who supported him along the way.

The convention closed on Sunday with remarks from President Saunders, this time in person. Saunders congratulated all of the Heroes Among Us award winners, and spoke passionately about the fight that lies ahead for union members.

“The CEOs and the corporate interests are going to come after us with everything they’ve got. That’s a fact, sisters and brothers. But so be it. Because I’ll march into battle with the superheroes of Council 13 seven days a week, 365 days a year,” Saunders proclaimed.

With villains making gains in Harrisburg and Washington D.C., the heroes of Council 13 have formed a justice league to avenge their sisters and brothers around the nation. AFSCME members in Pennsylvania are in a better position than those in states that have fallen victim to the Right-To-Work scheme, which means they have a lot to fight for, and fight they will, because they are AFSCME Strong, and they Never Quit.