For the third year in a row, members of AFSCME Local 2421, Millersville University, organized AFSCME Day for the nearly 300 members making that campus happen.

AFSCME represents maintenance, custodial, facilities, food service and many other types of employees at Millersville, and AFSCME Day was a great way to provide those workers lunch and let them learn about the union. 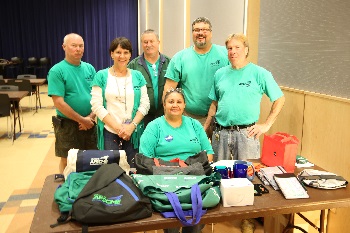 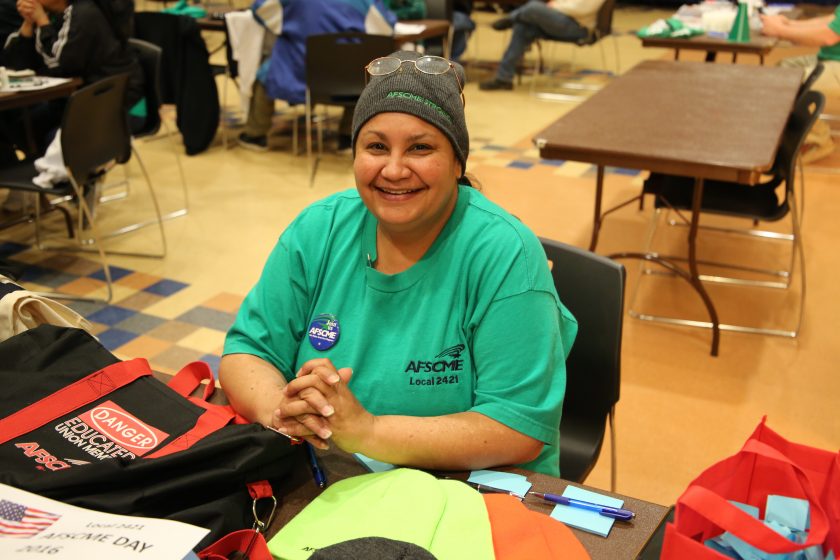 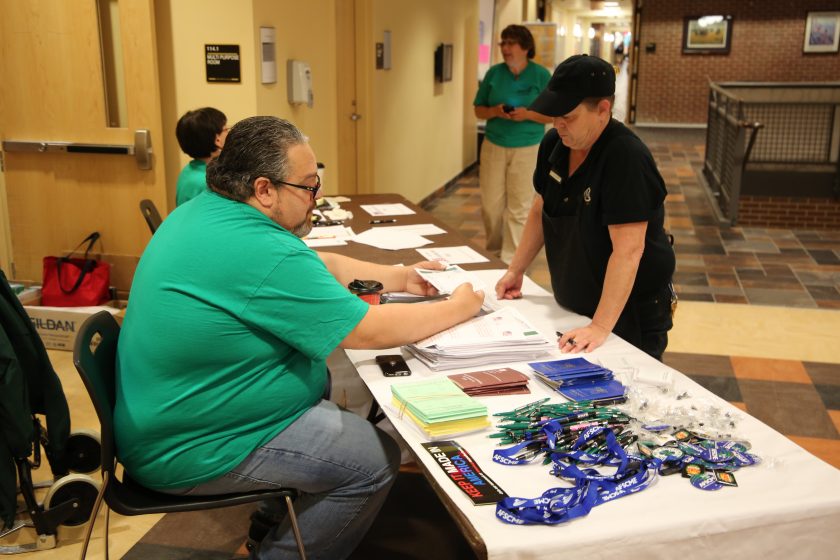 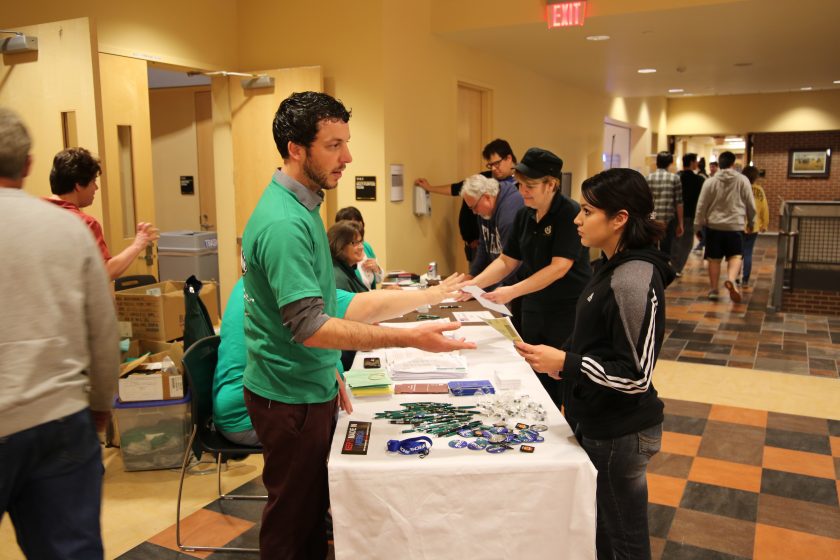 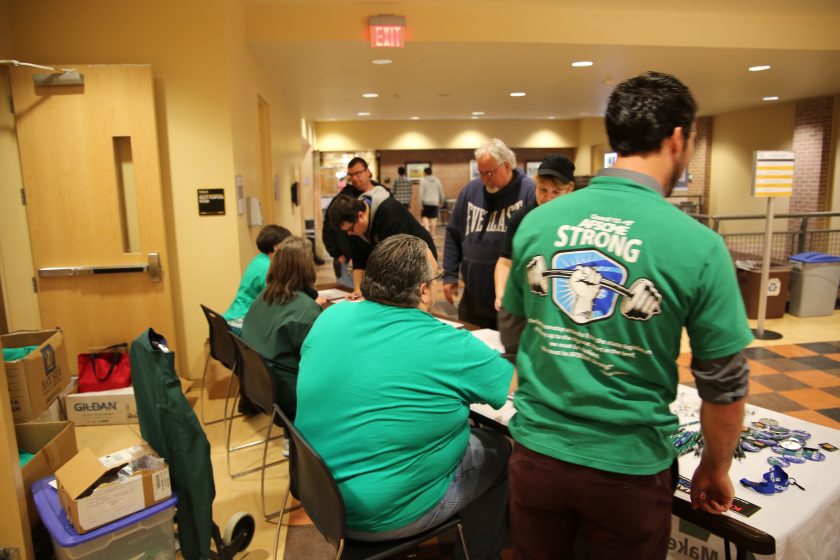 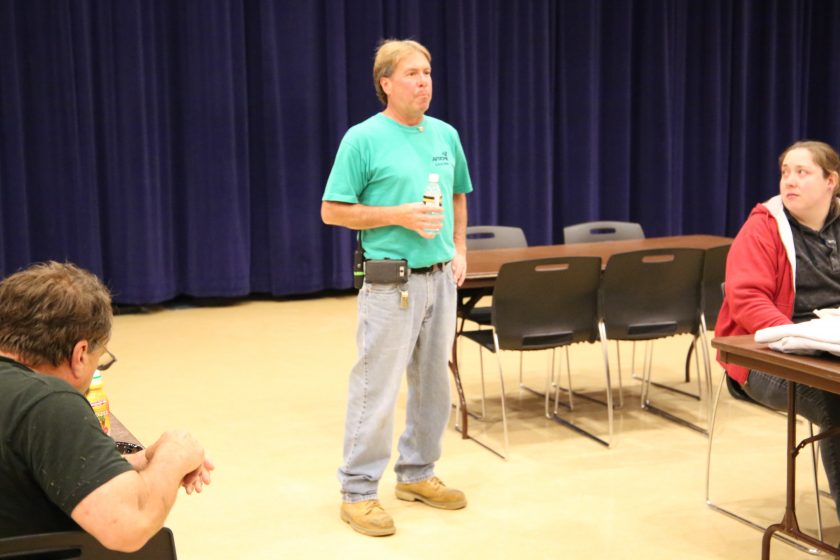 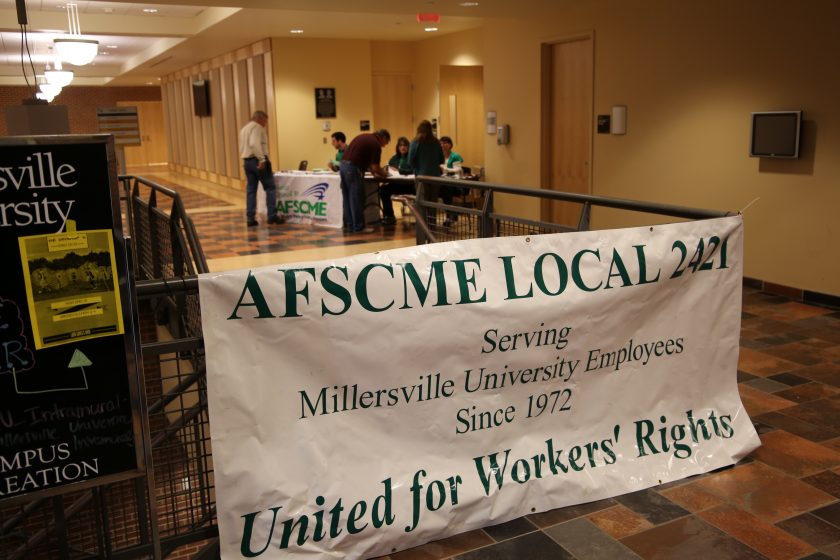 The event was open to all the AFSCME-represented employees on campus, which allowed time to engage with non-members and educate them about the advantages of full membership. Multiple people filled out AFSCME Strong forms, as well as signed cards to become full dues-paying members and PAL contributors.

“Normally this is just for our full paying members, but this year we decided, in an effort to try and get more Fair Share people to sign up, that we would invite everybody,” said Dave Schober, President of Local 2421 and one of the organizers of the event.

Schober is constantly involved in the union, and looking for ways to make his Local, and all of AFSCME, stronger. He has written multiple letters to biased local newspapers about union issues, has written educational material for his Local and regularly calls legislators about issues that affect working families.

He is always fighting, but still faces challenges and has seen the effects of attacks on union workers.

“I’m the mason on campus, I work out of the carpenters shop. When I first started here 14 years ago, there were 14 guys in the shop. Now there’s five, and that’s how drastically the numbers have dropped. Contracting out is a constant struggle,” Schober explained.

“You have to be a watchdog and that’s basically what we do a lot.”

Despite the battles all AFSCME members are fighting, Schober and Local 2421 continue to find ways to stay strong and grow the union. AFSCME Day is a shining example of that, and something other Local Unions may want to consider doing.