AFSCME Local 2732 rallies after one week on strike

Noon on Friday, October 27, marked one week since members of AFSCME Local 2732 walked out of Cedar Haven Healthcare Center in Lebanon, Pa., to go on strike to demand a fair contract.

To mark the one-week point, and to send a message to the owner of the nursing home, sisters and brothers from multiple labor unions rallied on the picket line with the nurses, staff and even residents of Cedar Haven.

The Pennsylvania AFL-CIO brought its RV, from which labor leaders, residents and family of residents spoke words of support and solidarity for those on strike. 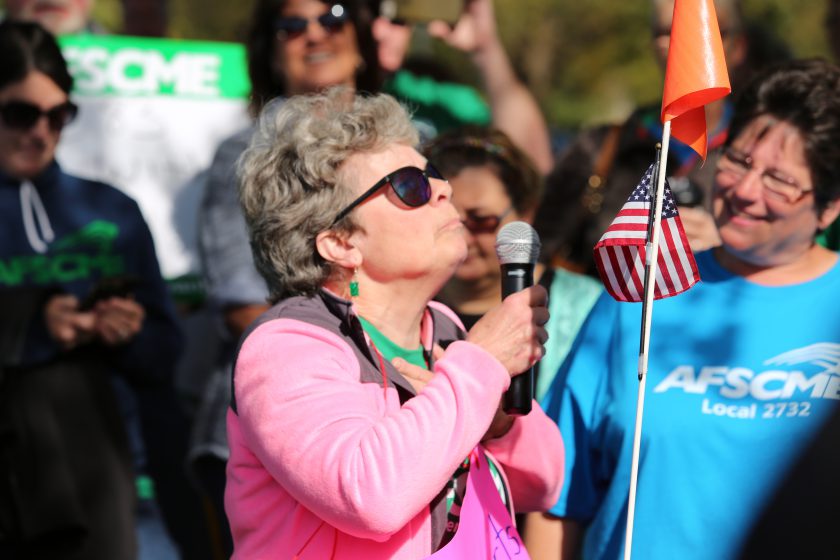 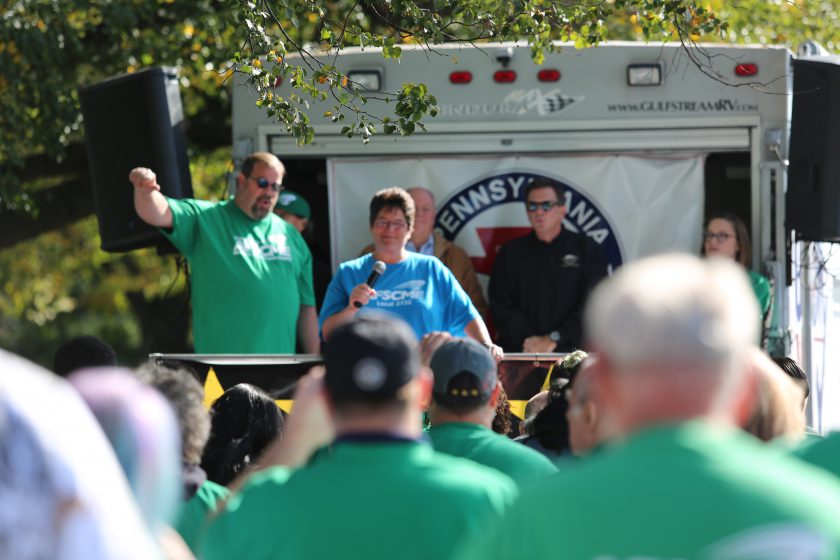 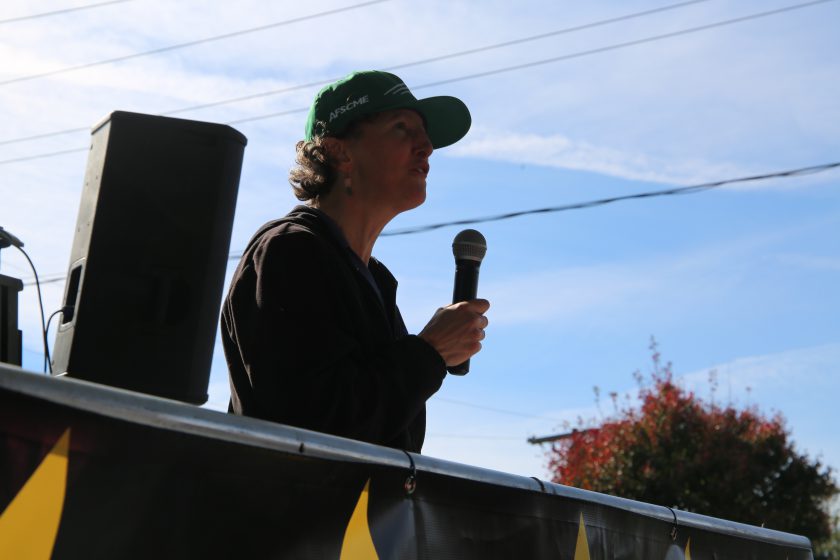 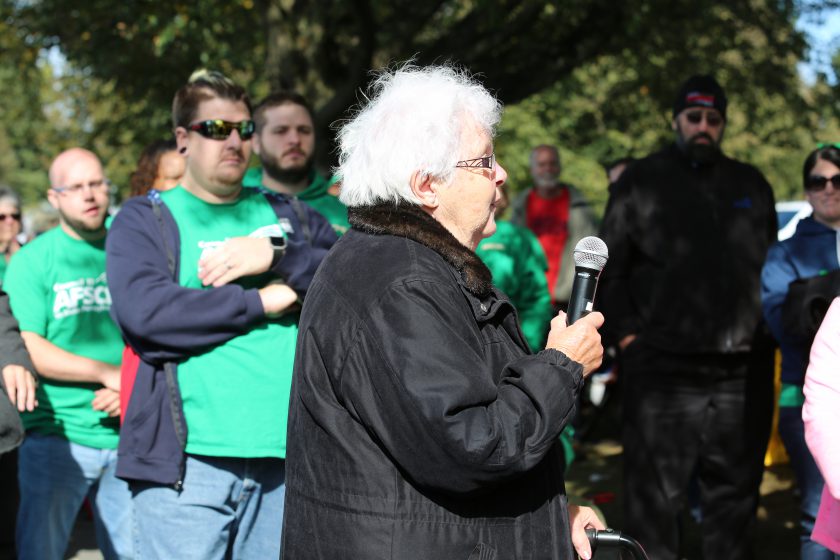 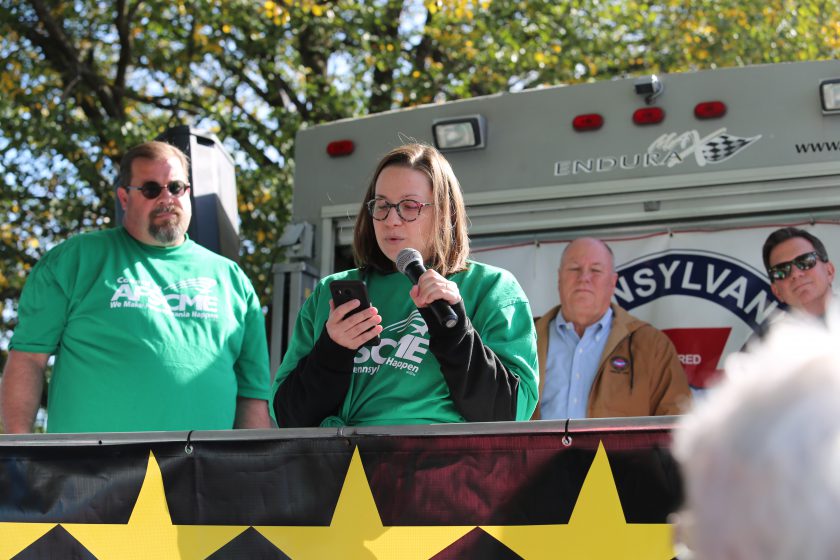 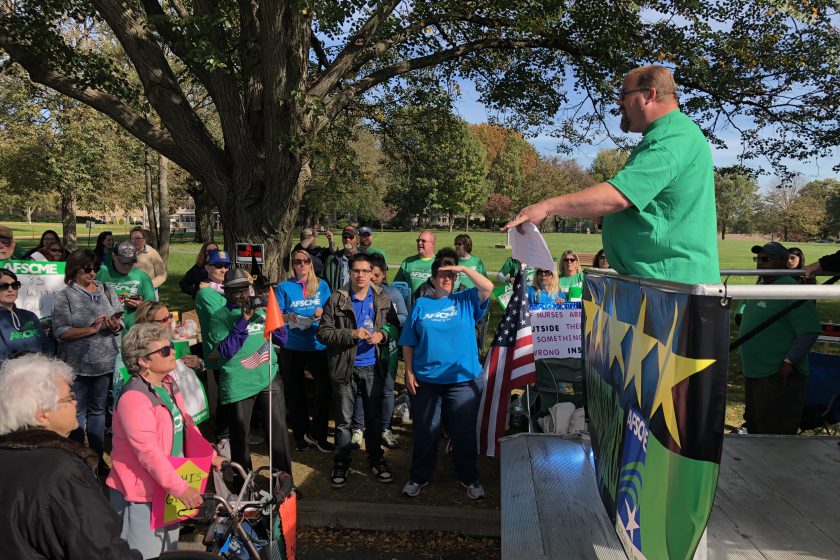 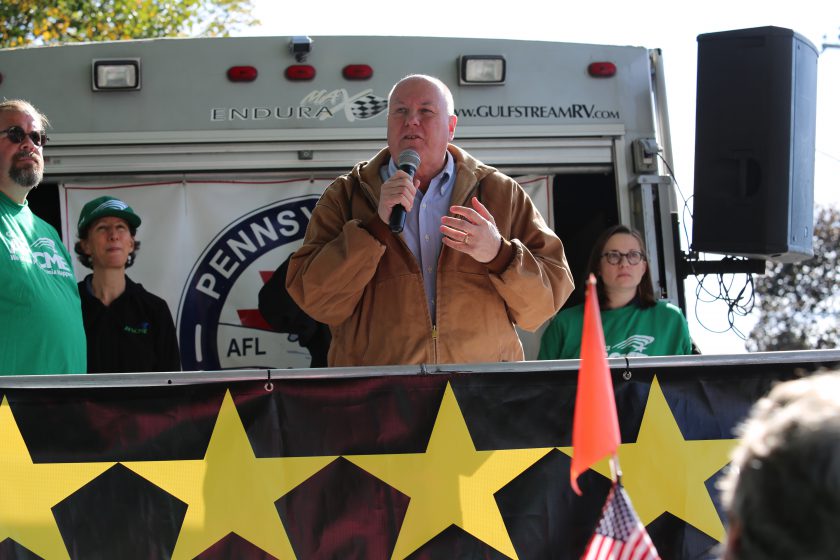 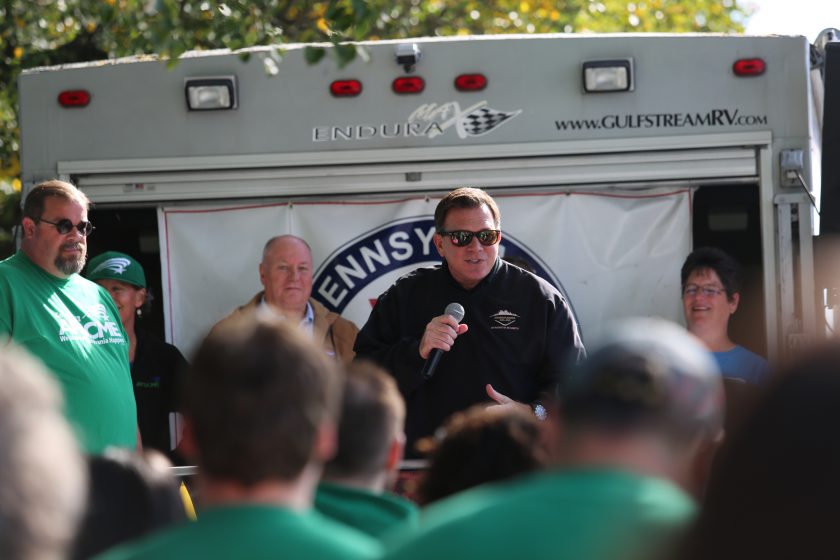 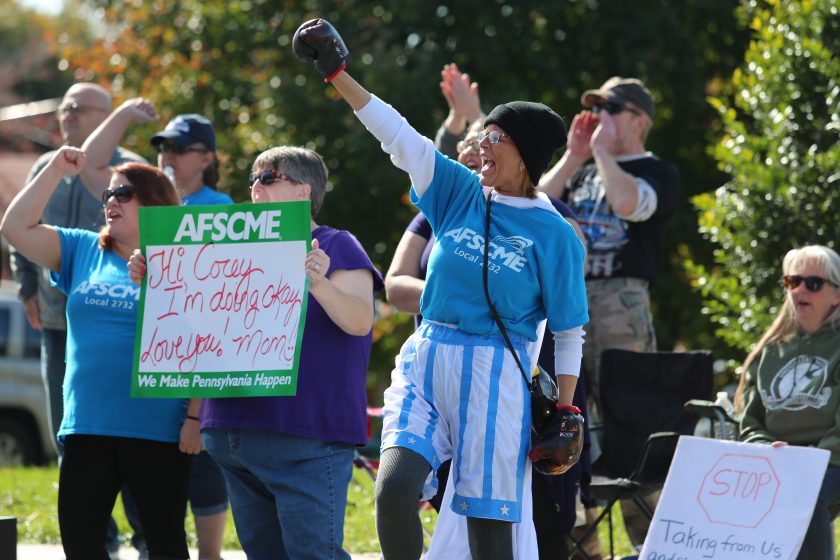 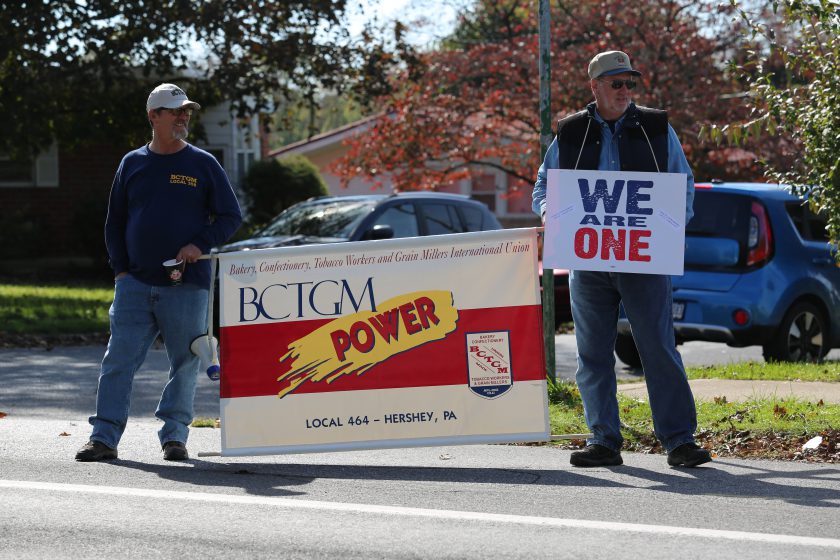 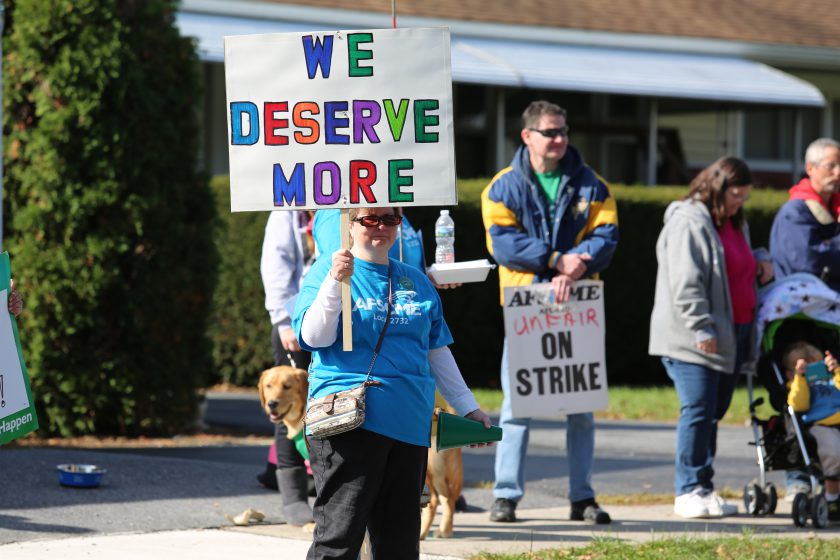 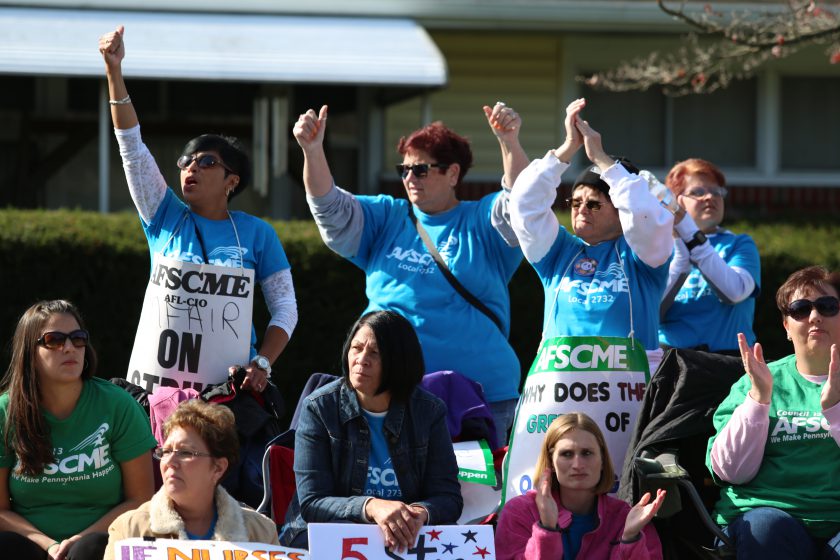 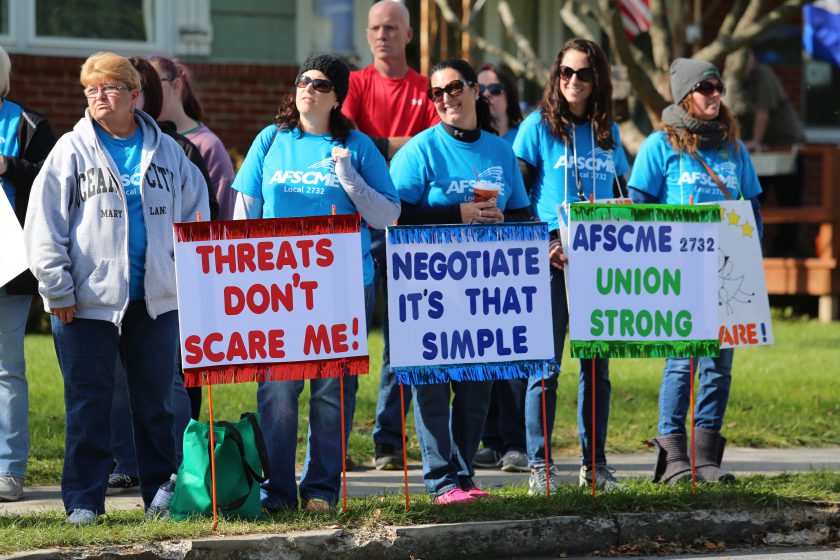 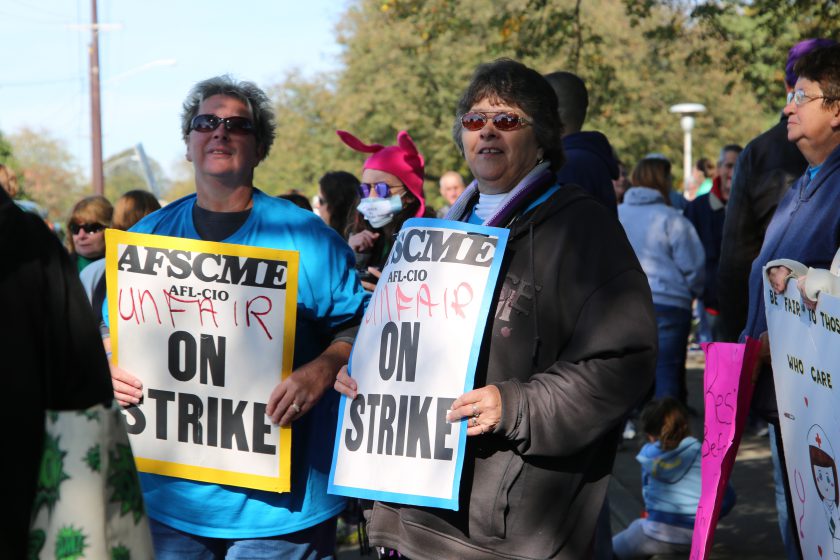 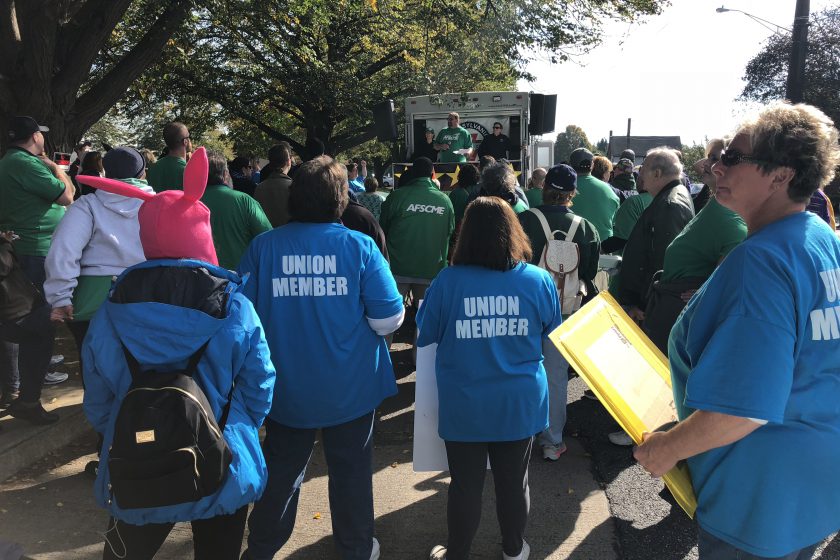 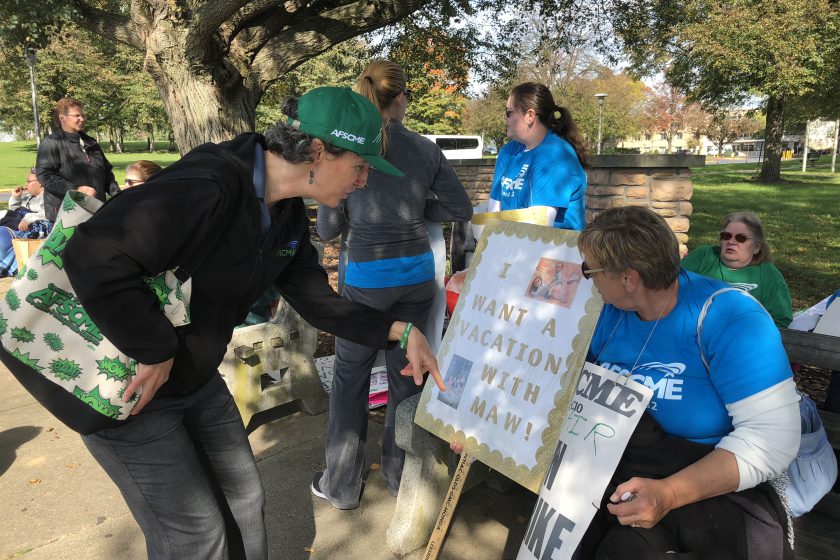 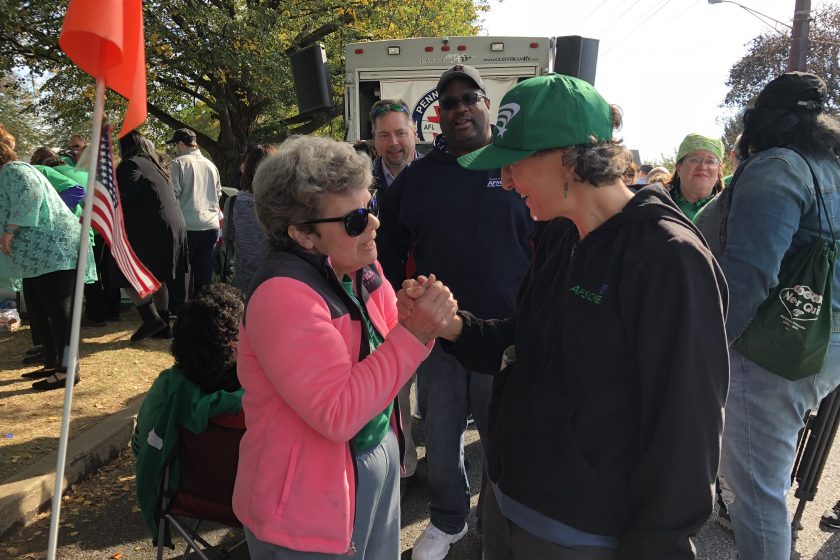 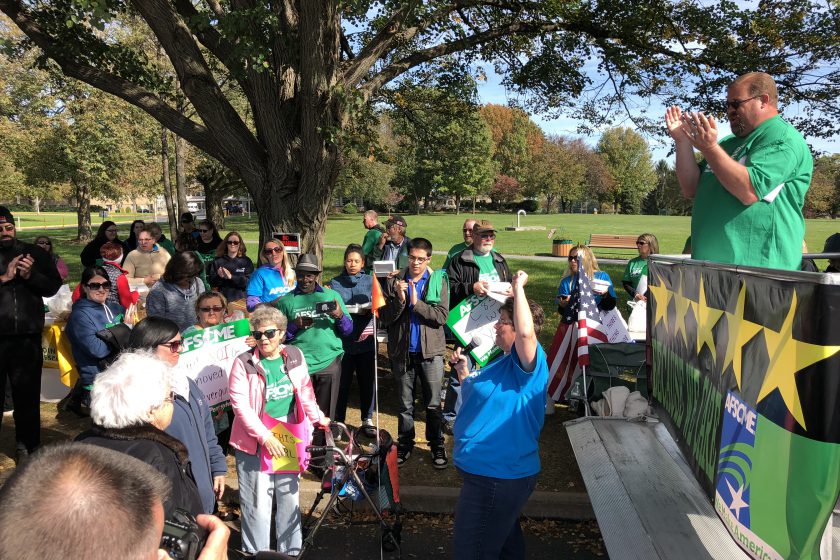 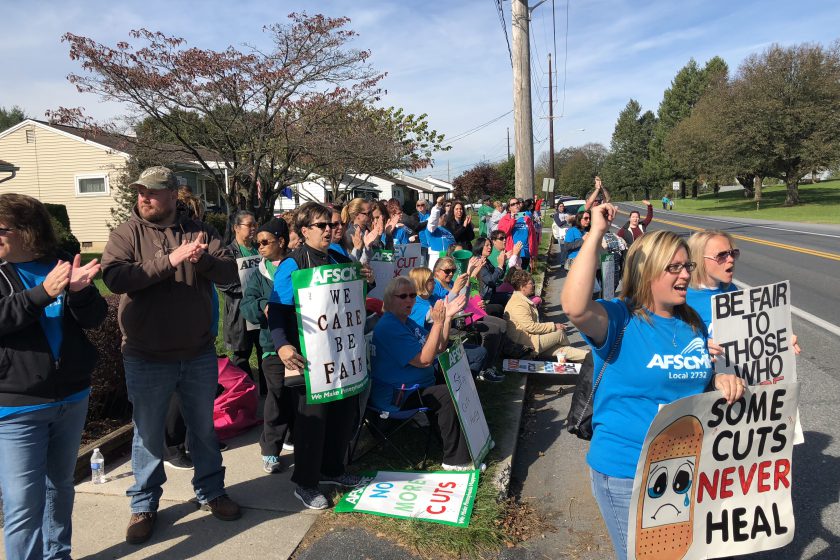 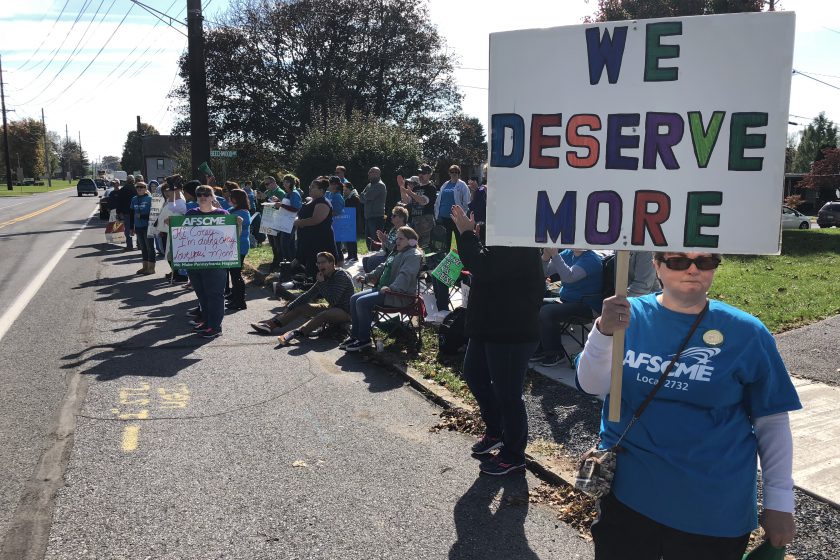 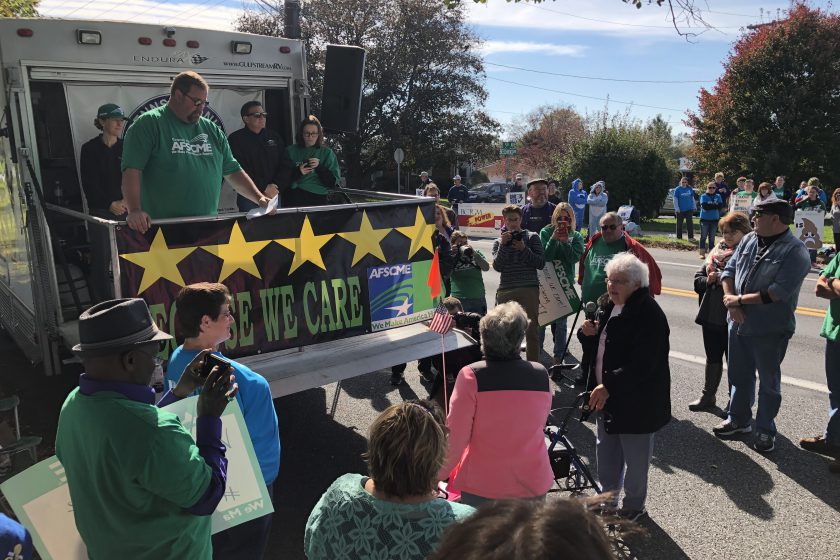 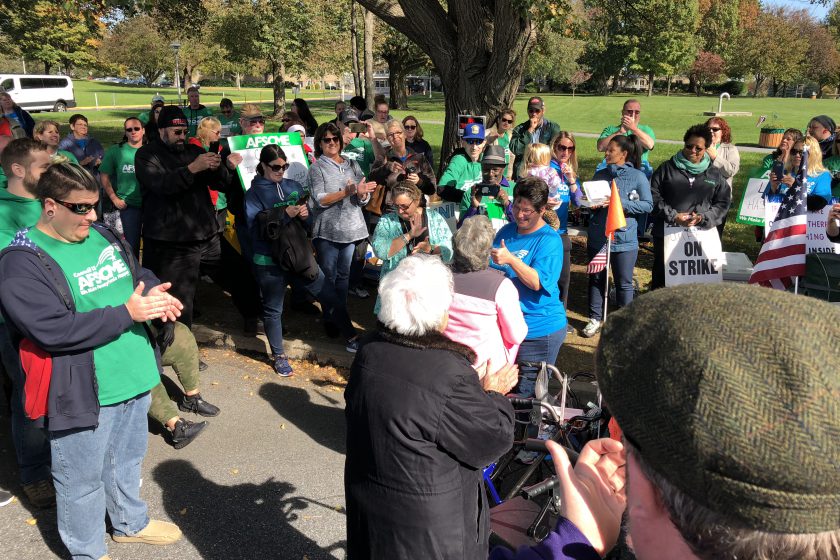 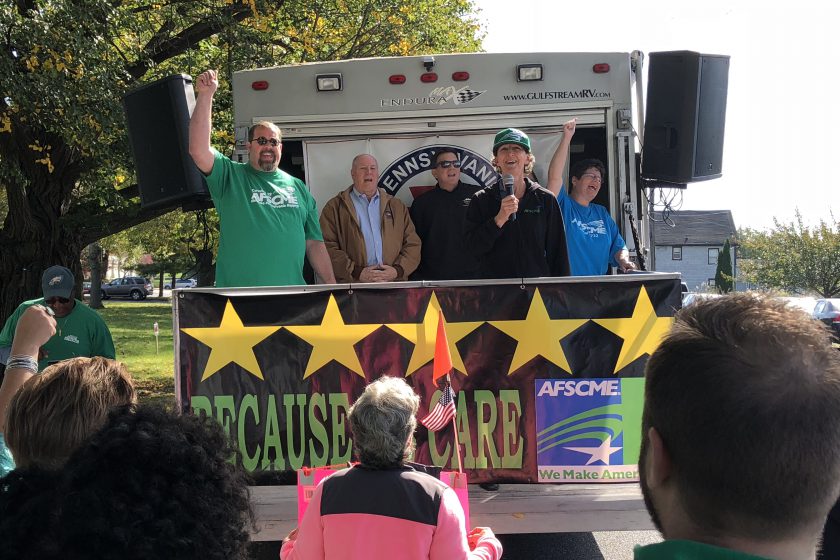 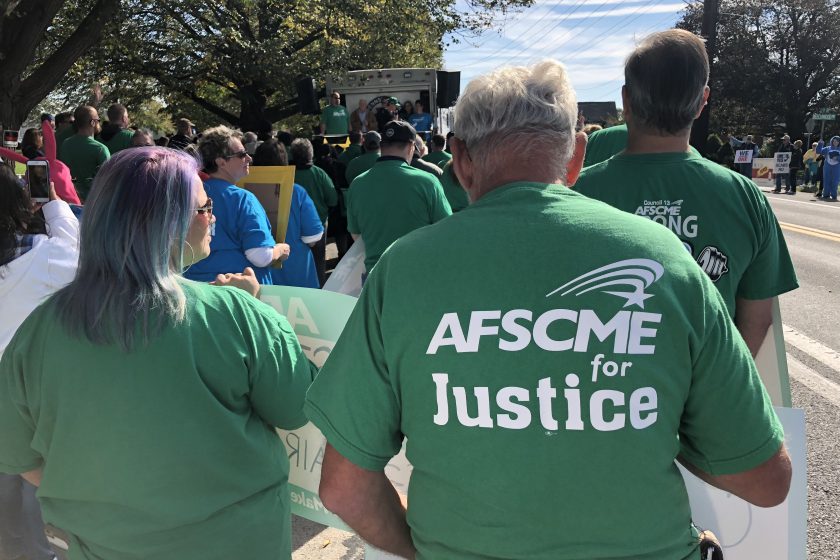 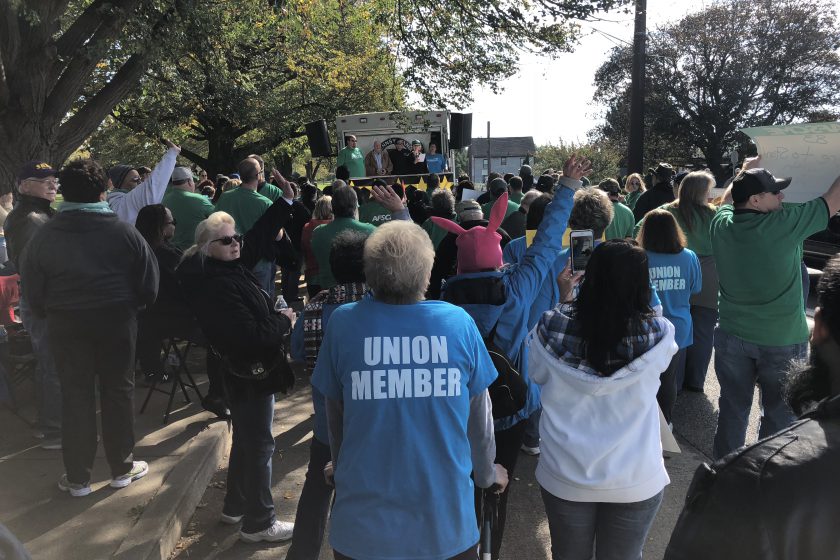 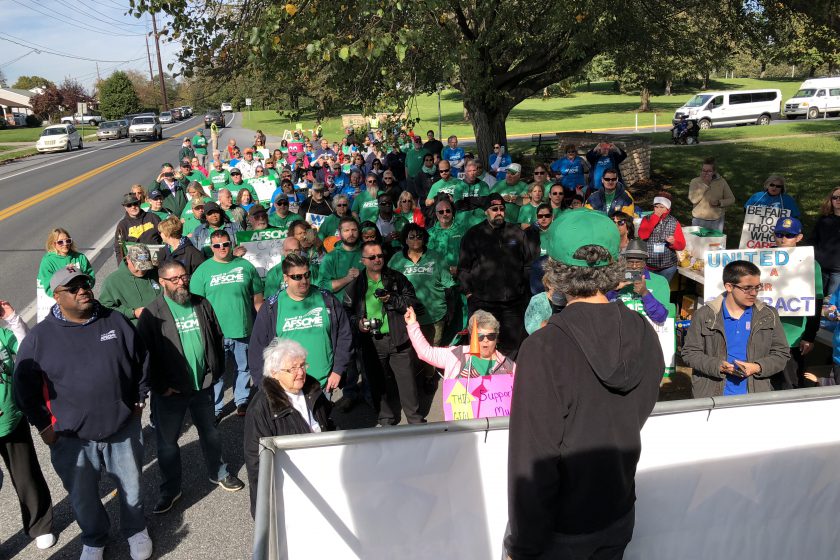 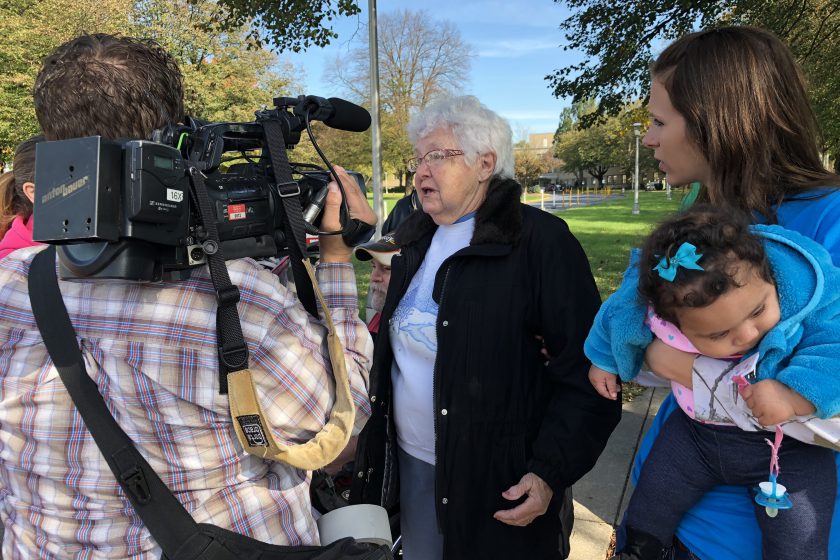 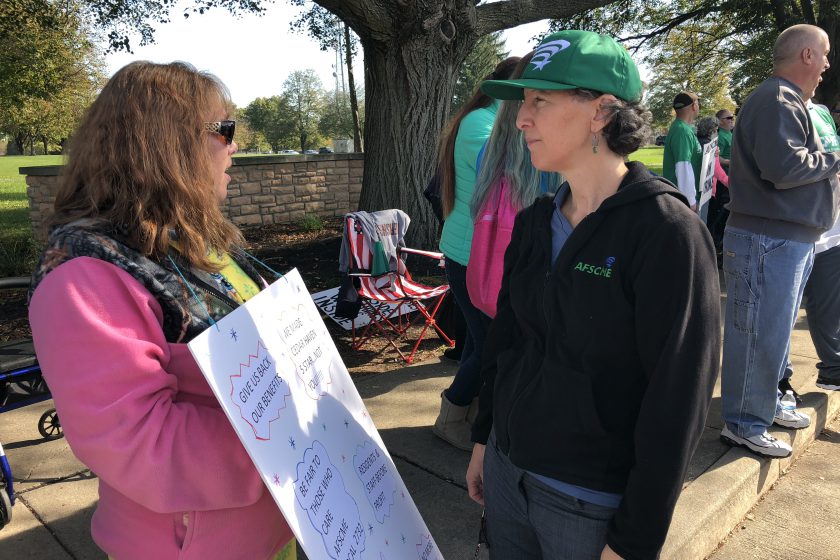 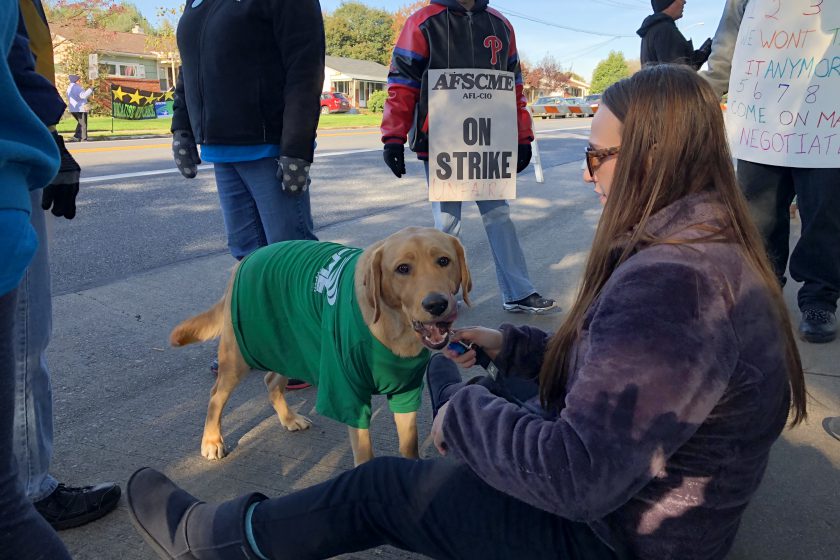 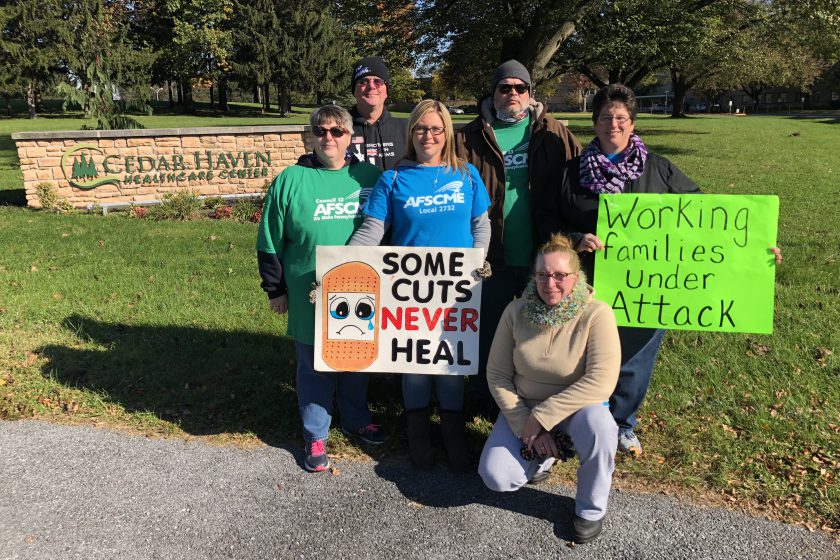 “Do you think just anyone can come into Cedar Haven and give those people the level of care you give them? Can strangers replace the loving care you provide?” asked Secretary-Treasurer McBride, to a chorus of no’s.

And she’s right, as the dedicated nurses and staff of Cedar Haven earned the nursing home a 100 percent deficiency-free rating from the Pennsylvania Department of Health, and made it one of the best facilities in the nation.

“Look around you. Look at all this support we have. Everybody trusts in us. They know we’re doing the right thing. This is the only way we’re going to stop this and get back in there where we belong,” President of Local 2732 Penny Kleinfelter said.

Cedar Haven employees went on strike after the owner imposed his “last, best and final” offer on them, which would drastically increase the workers’ healthcare costs and cut their paid time off. They are demanding that he return to the negotiating table and agree to a fair contract.

Since the strike began, questions have arisen about the quality of care being provided by the temporary staff inside the nursing home. Many of the nurses are like family to the residents, and vice versa, making the process all the more difficult for all involved, which Kat Steffy and Sarah Allwein attested to.

Elizabeth Wentling, daughter of a Cedar Haven resident, spoke about the exceptional care provided by Local 2732 members, and how they deserve better than what has been offered to them.

“If the people who care for my dad get sick, but don’t have enough sick days and have to work anyway, they are not safe, and my dad is not safe,” Wentling said in reference to the owner’s attempt to impose just 15 days of paid time off on the nurses for sick, personal and vacation days, with no paid holidays.

The support from residents, family of residents, the Lebanon community and fellow union members has been invaluable. Rick Bloomingdale and Frank Snyder of Pennsylvania AFL-CIO made it clear that the 700,000 union members in Pennsylvania are behind Local 2732 members every step of the way.

With their support, Local 2732 members can keep fighting for as long as it takes, and they will never quit until they get the contract, and the respect, they deserve.