Recent events have presented a host of unprecedented and unique circumstances. Many of us have had to make the best of a bad situation, including AFSCME members.

Many Commonwealth employees were forced to stay home due to the COVID-19 (coronavirus) pandemic, given the option to take their own paid leave time or file for Unemployment Compensation while maintaining their health benefits in order to avoid a full blown furlough.

As this situation developed, the demand on Pennsylvania’s food banks drastically increased. That is where AFSCME members stepped in. 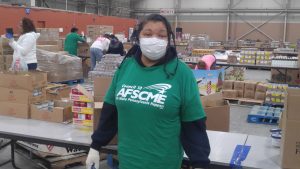 Instead of sitting at home, some Pennsylvania Department of Transportation (PennDOT) employees took the opportunity to work in the food banks while earning their regular rate of pay, which allowed them to avoid having to use much of their leave time while still providing a public service. It also provided a safe work environment with adequate safety supplies and room for social distancing.

“It is being of service and being useful and that’s always a happy feeling,” said AFSCME Local 2534 (Transportation & Safety Building Clericals) member Ginger Binkley. 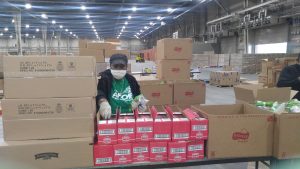 Ginger worked at the Central Pennsylvania Food Bank in Harrisburg. Thanks to the PennDOT employees’ help, they were able to pack about 50 skids per day.

And it was not just our PennDOT sisters and brothers taking part in this effort. Department of Agriculture employees and Local 2162 (Dauphin County Trades and Labor) members Jason Obenstine and Seth Waters helped by rounding up the large amount of cardboard and trash that was produced by the Food Bank, as well as unloading supply trucks from the Pennsylvania Emergency Management Agency (PEMA). 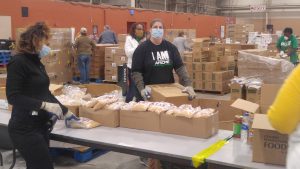 Jason said this has been a chance to do work that he doesn’t normally get to do and best of all, “keeps me from getting furloughed.” 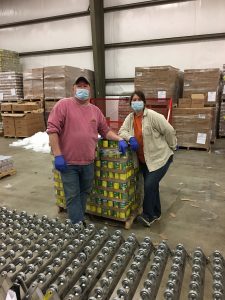 Seth said he never really thought about himself as working on the “front lines” until now and that he’s “just doing his job.”

“It’s just weird working during this time in general.” 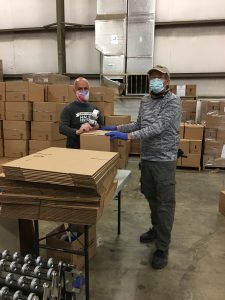 “You wouldn’t think that many people are in need. It’s just amazing how much product goes out that door and that’s just a little one. It kind of chokes you up to see. You go home to your family and know you’ll have food on your table, and the next morning you’re packing food for someone who can’t afford it.” 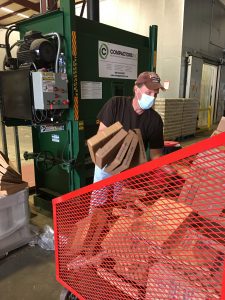 PennDOT employees bring a set of skills that is surprisingly useful in a food bank. On top of being hard workers, their ability to run heavy equipment comes in handy. Steve said they are able to run pallet jacks and use the cardboard compactor, whereas usual food bank volunteers are not always able to.

As PennDOT employees prepare to return to paving roads, fixing potholes, and cleaning highways and bridges, many of them do so with their leave time intact and the knowledge that they helped those who need it most during their own difficult time. 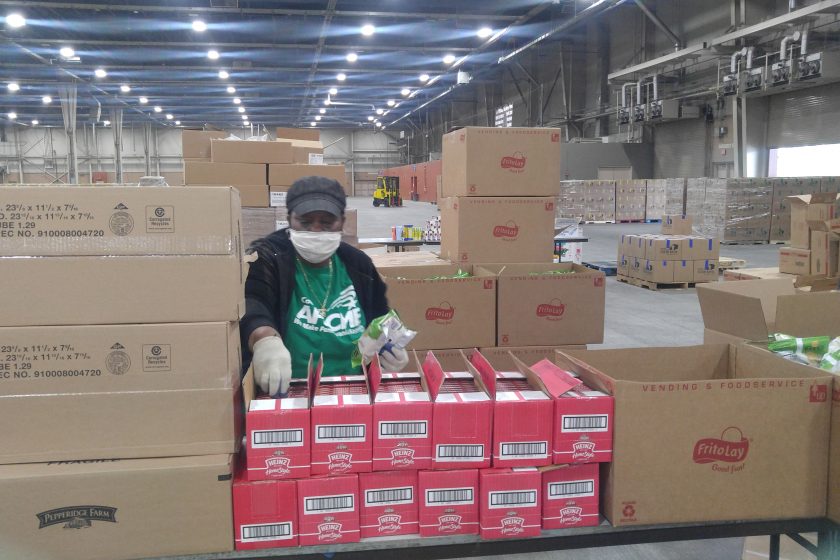 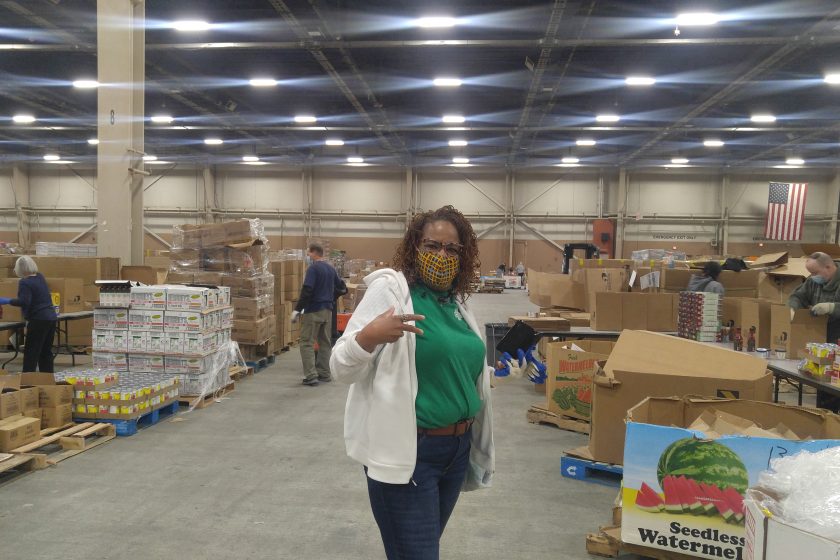 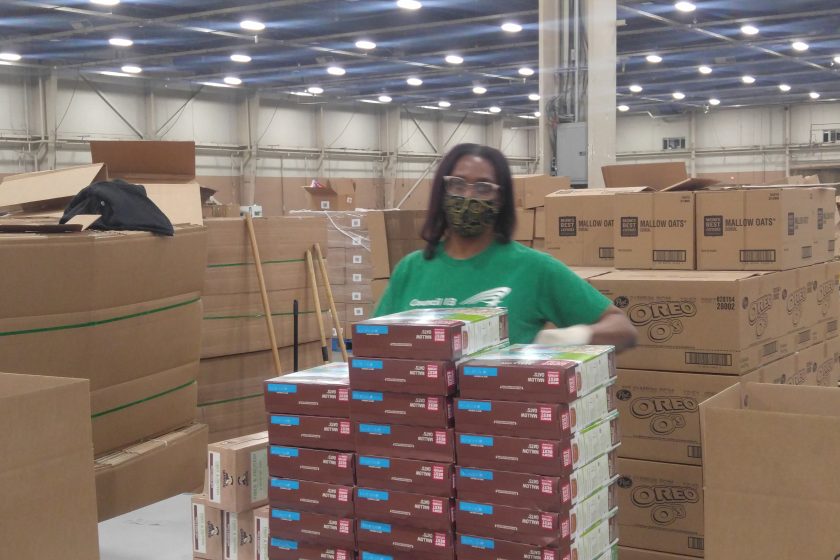 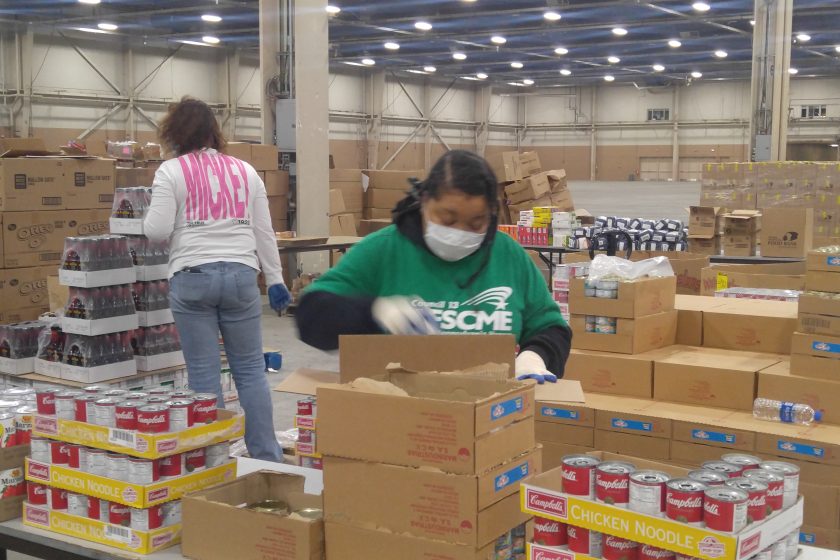 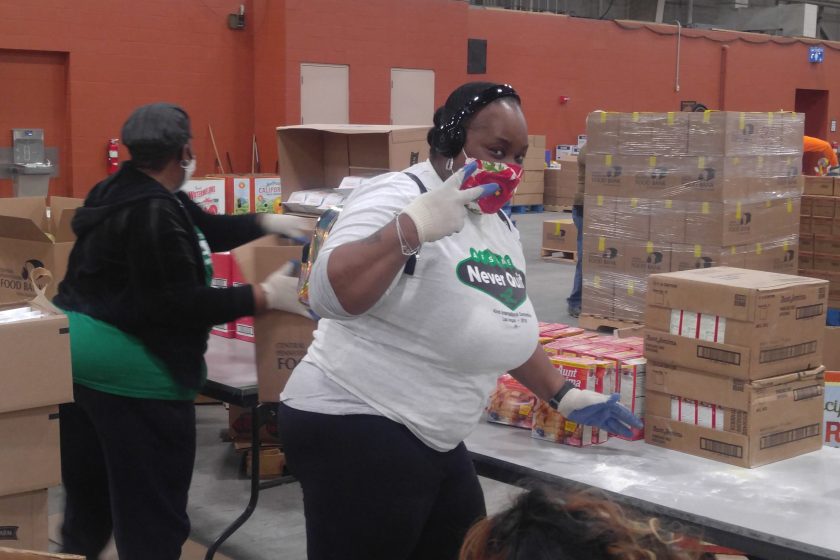 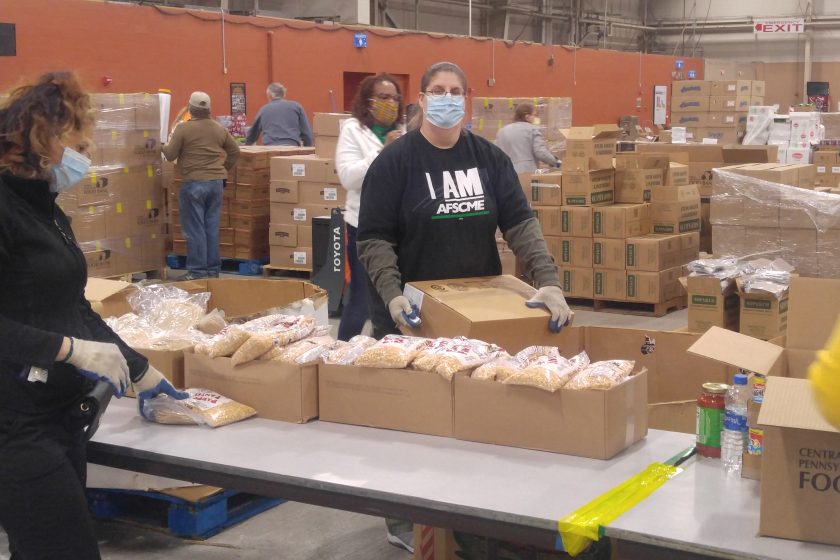 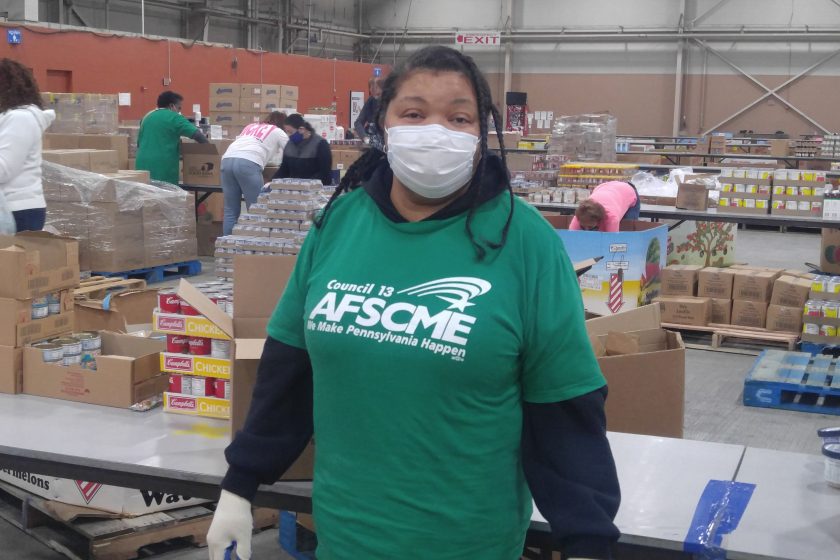 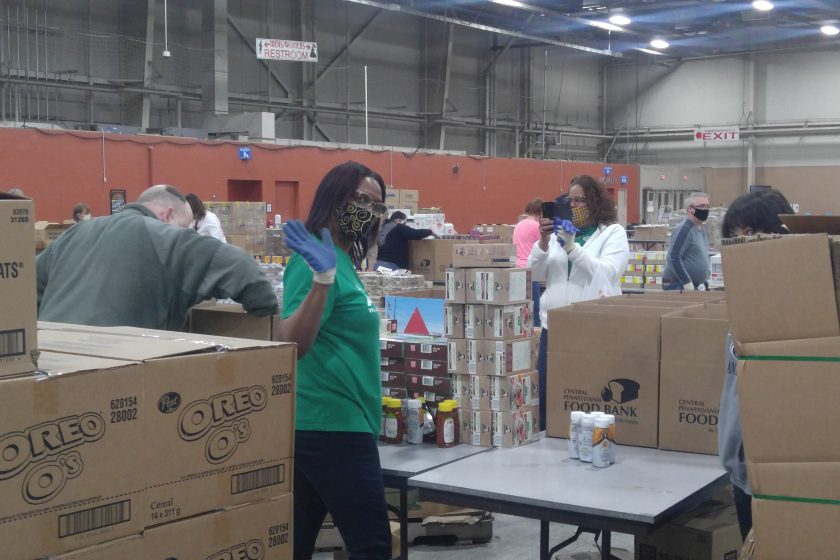 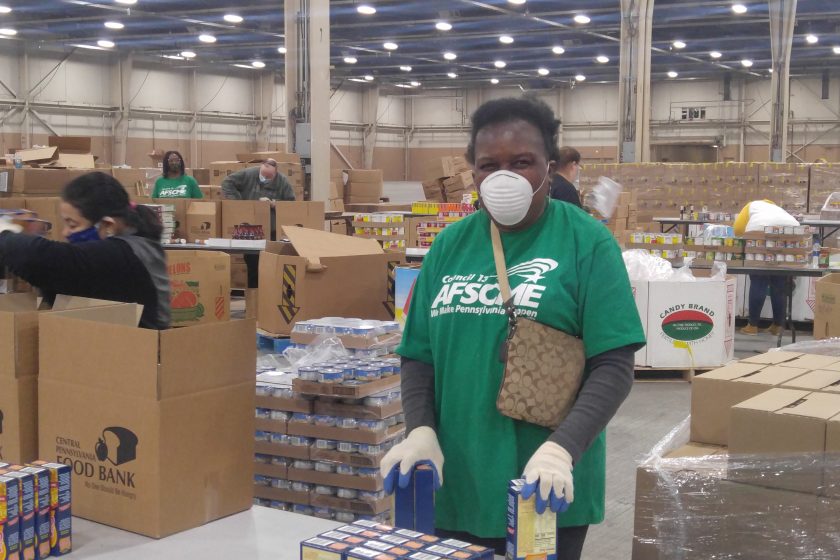 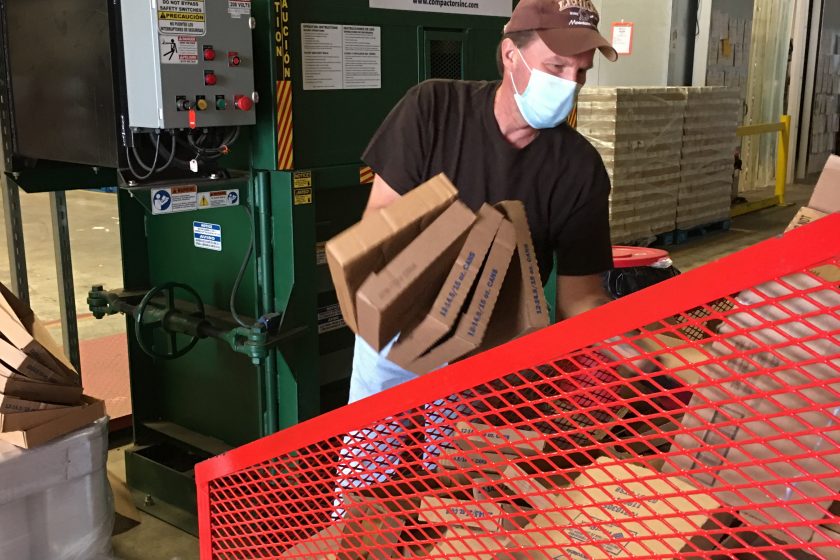 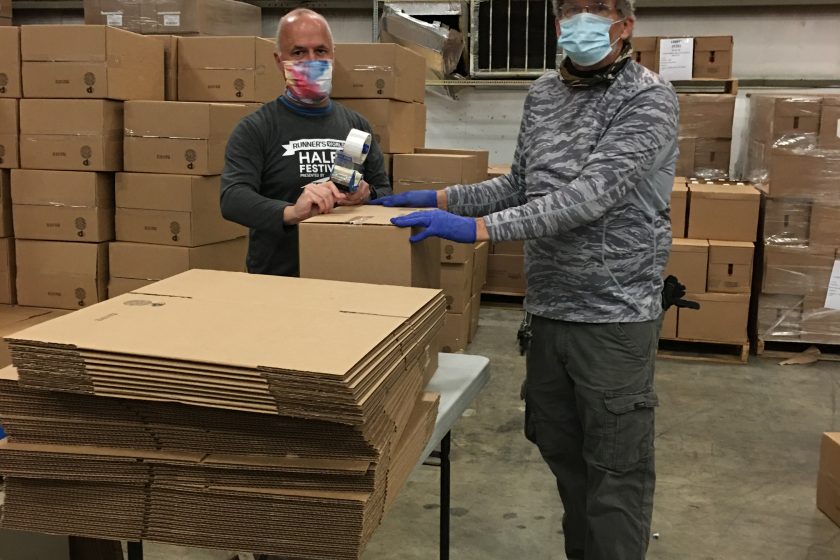 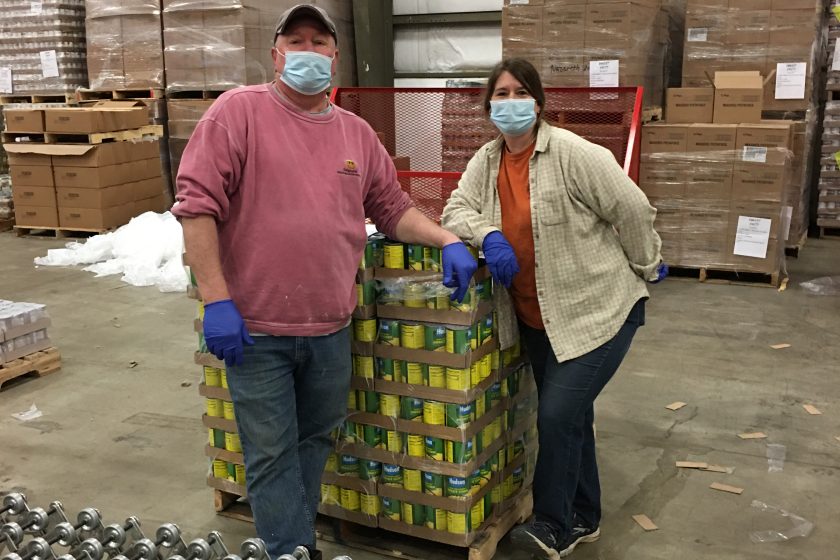