On Monday, May 22, 37 Pennsylvania state employees were recognized for their outstanding service to the citizens of the commonwealth with the Governor’s Awards for Excellence. Among those 37 people were 13 AFSCME members.

Sharon Ward, Director of the Governor’s Office of Transformation, Innovation, Management and Efficiency, welcomed awardees and their families, followed by opening remarks from Secretary of Administration Sharon Minnich and Governor Tom Wolf. 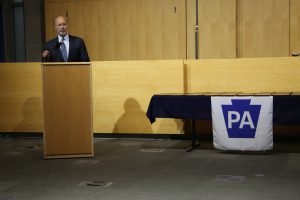 “State employees are vital to the public services we all rely on, and the Governor’s Awards for Excellence are a great way to recognize some of the extraordinary efforts by these folks, many of which are proud AFSCME members,” Council 13 Executive Director David Fillman said. 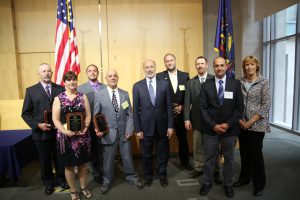 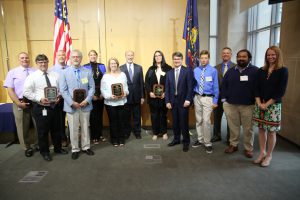 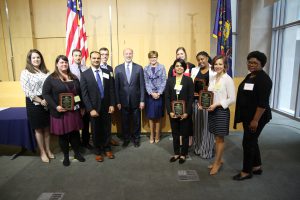 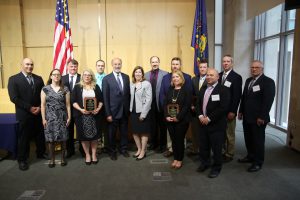 Pennsylvania Department of Transportation (PennDOT) and Fish & Boat Commission employees received awards for working with state and federal agencies to successfully transfer more than 130,000 mussels in the area of a bridge replacement project to streams in six other states. The largest relocation attempt before this was just 7,000. Because of the team’s efforts, the two mussel species have an opportunity to re-establish populations in areas they haven’t inhabited in over a century. Congratulations to AFSCME Local 2450 (State Professionals – District 1) members Larry Lineman, Marc Rickard and Chris Wolfgong, as well as Jordan Allison, Autumn Kelley, Jeanette Uhl and Antonia Zawisa.

Congratulations to all of the award winners, and thank you to all of the AFSCME members who make this commonwealth happen every single day.