Sisters and brothers of labor from all over Pennsylvania gathered in front of Cedar Haven Healthcare Center in Lebanon, Pa., on Friday, November 17, to show their solidarity with the striking members of AFSCME Local 2732 (Cedar Haven) as they marked four weeks on strike.

Members of Teamsters Local 776, BCTGM Local 464, AFM Local 401-750, SEIU, UFCW, USW and APSCUF, as well as many AFSCME Locals rallied with their union family, sending a message to the owner of Cedar Haven, who still refuses to return to the bargaining table to negotiate a fair contract for the nurses and staff who provide a five-star level of care at the nursing home. 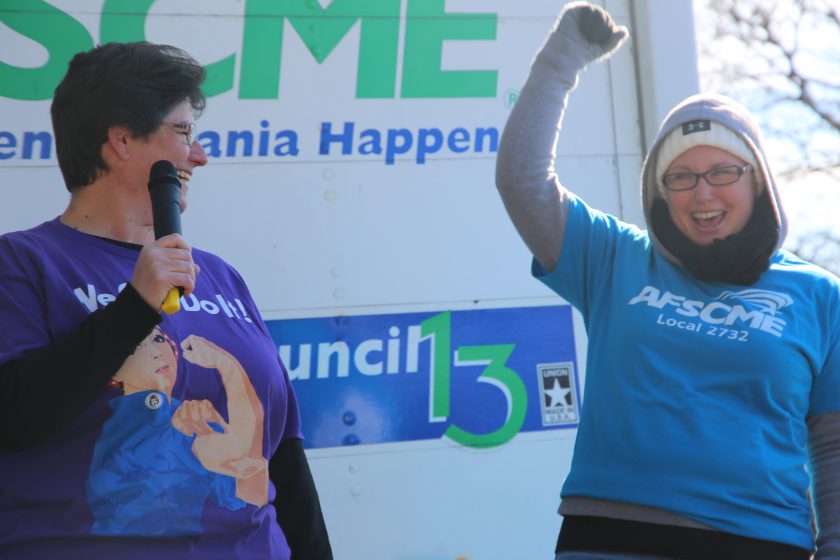 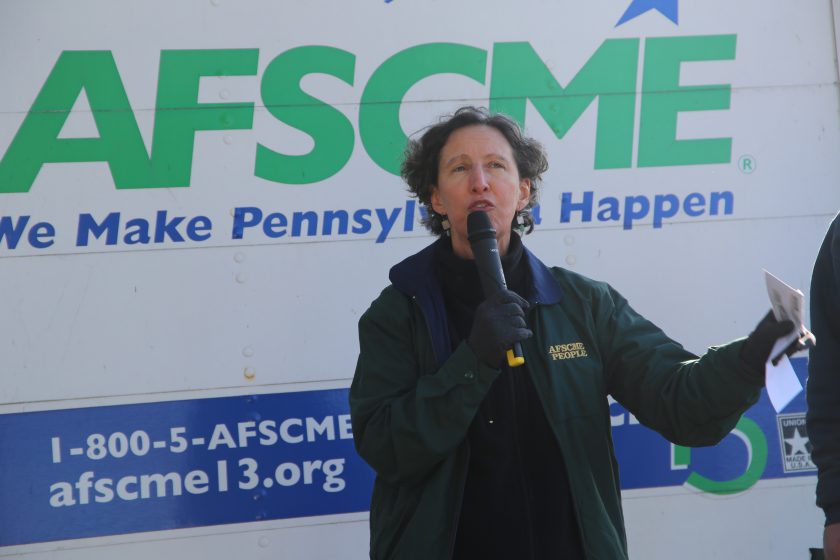 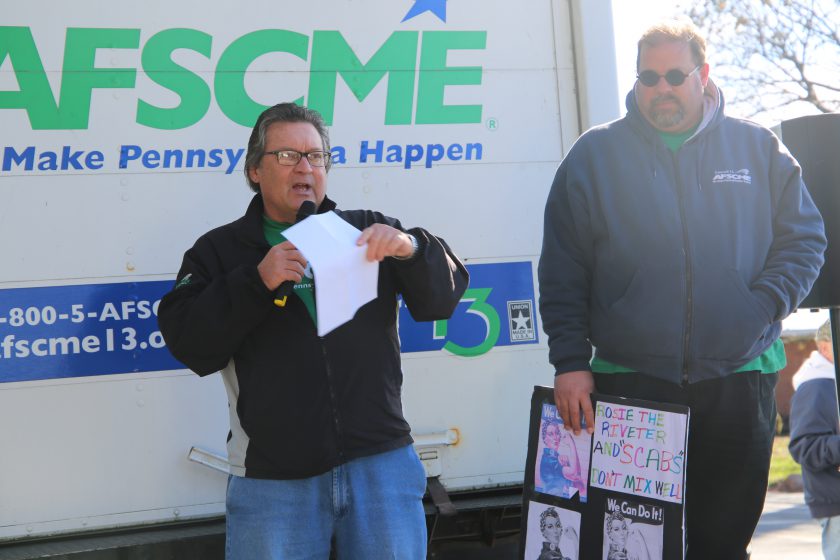 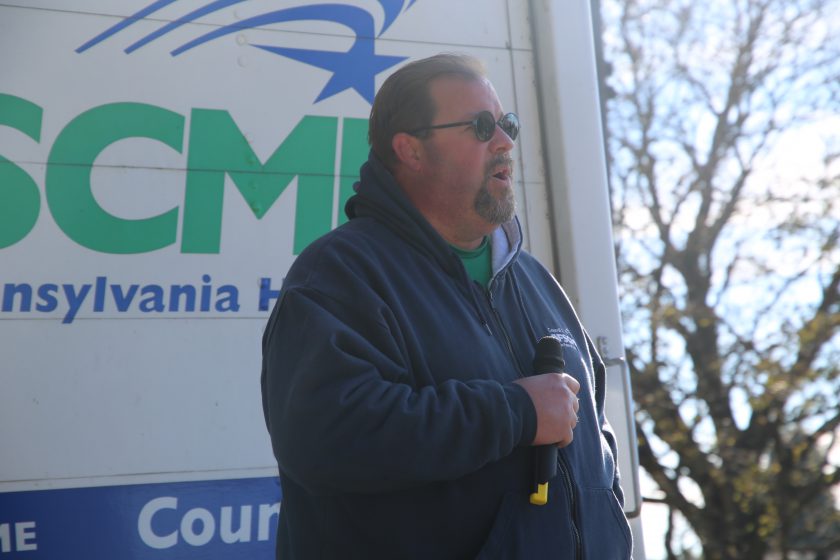 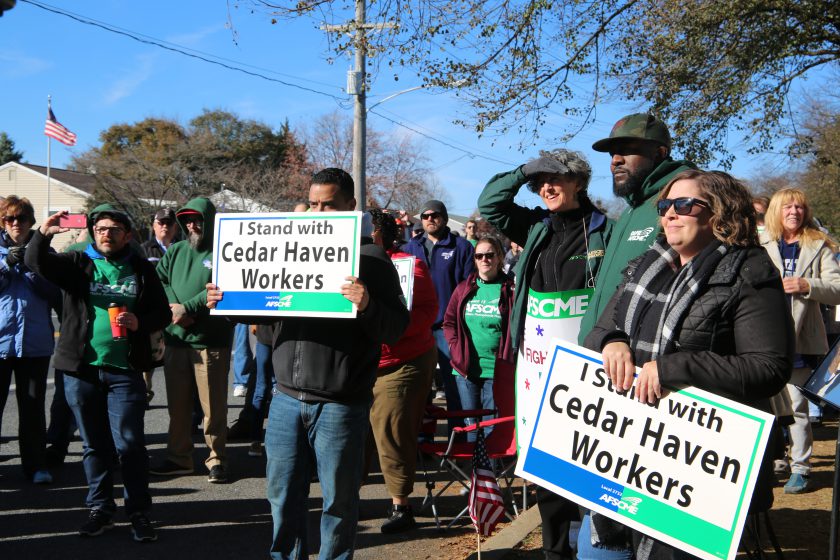 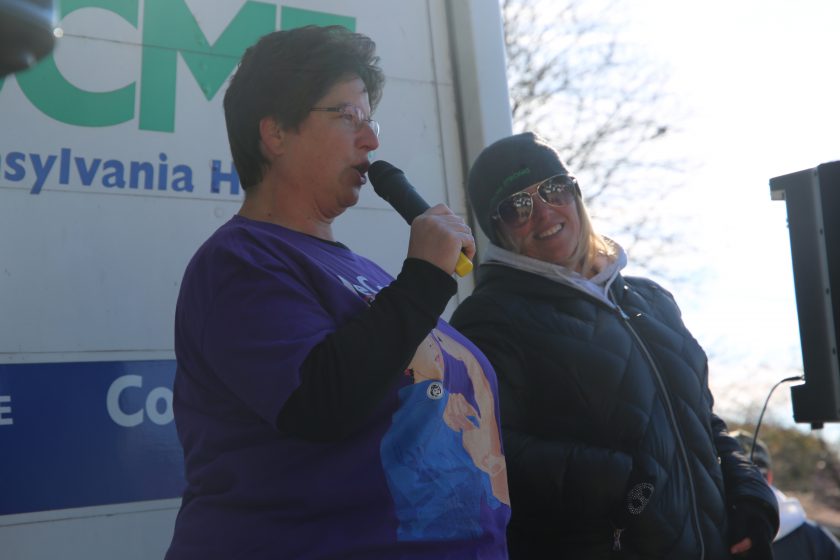 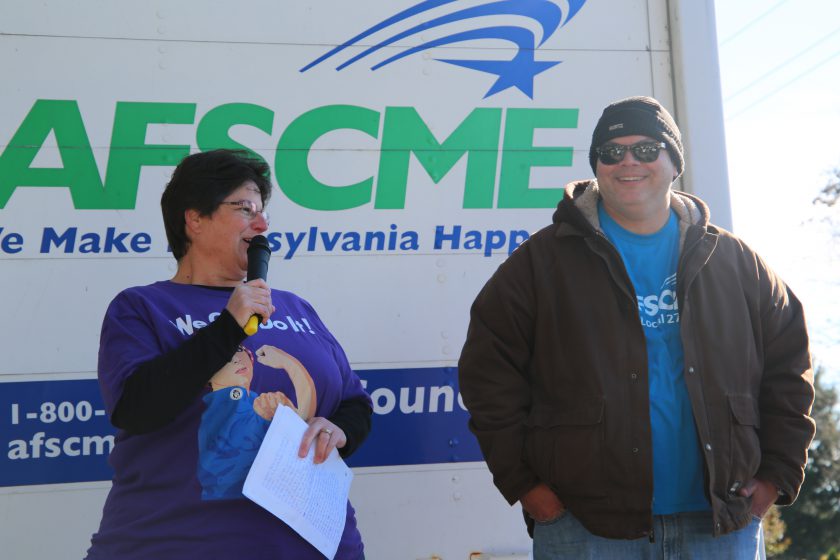 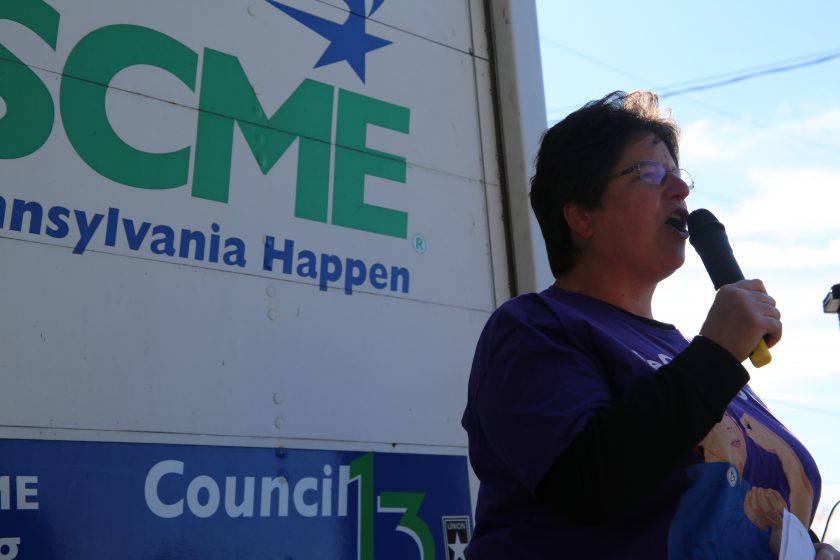 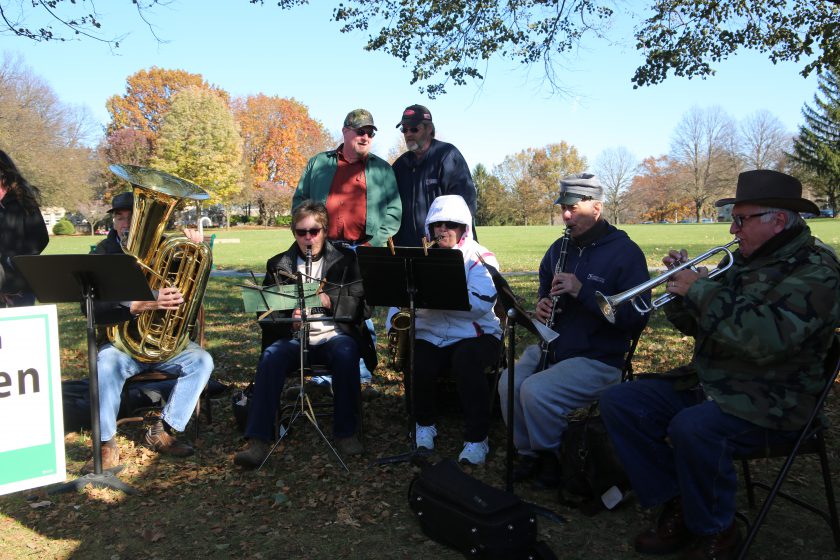 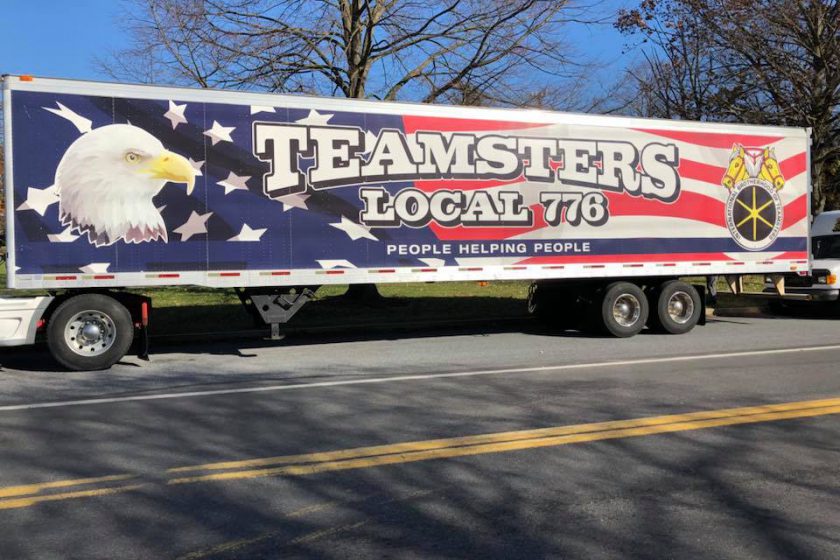 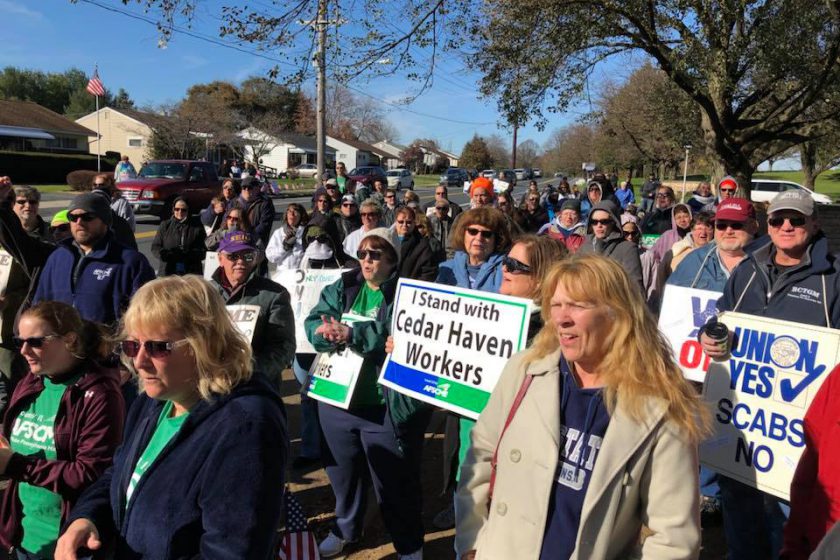 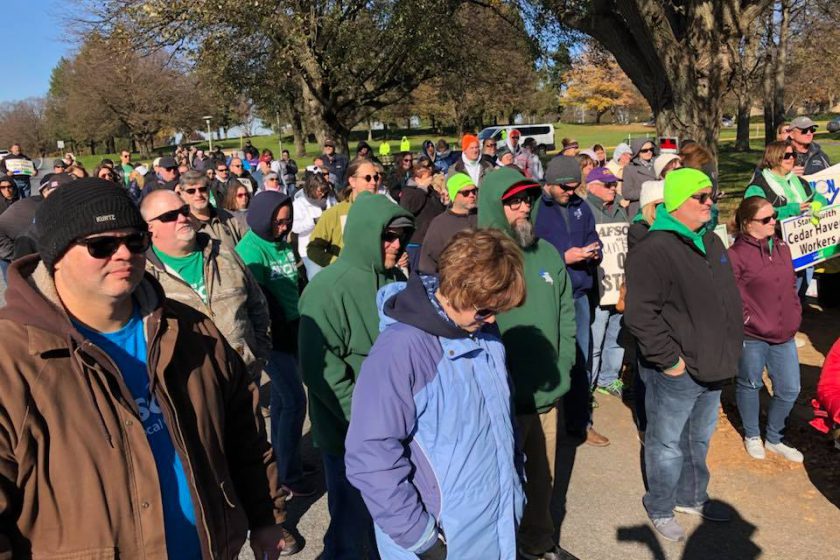 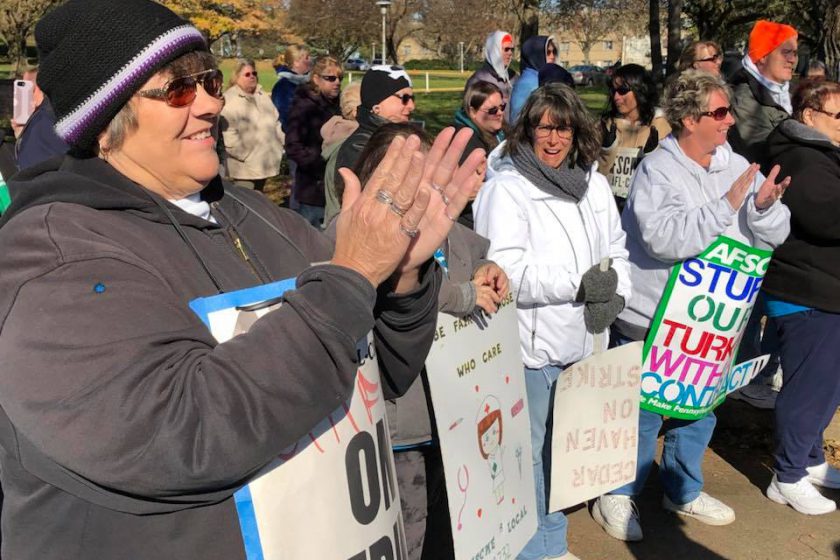 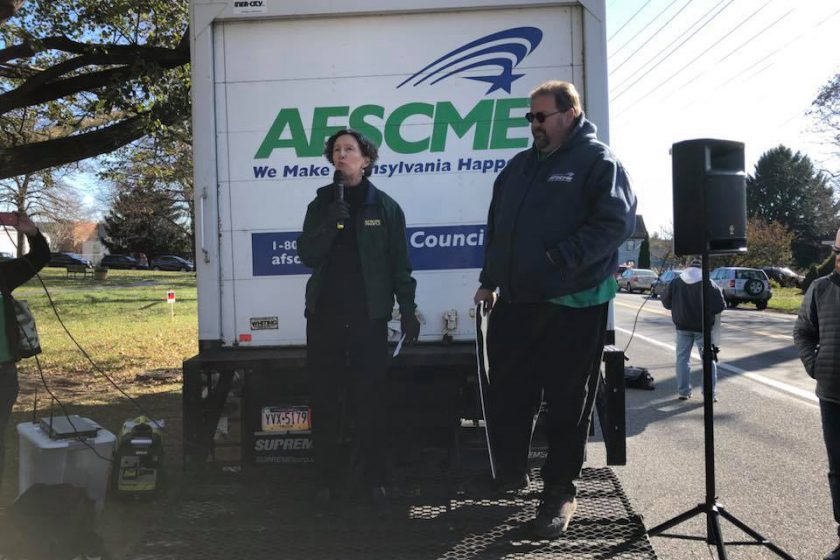 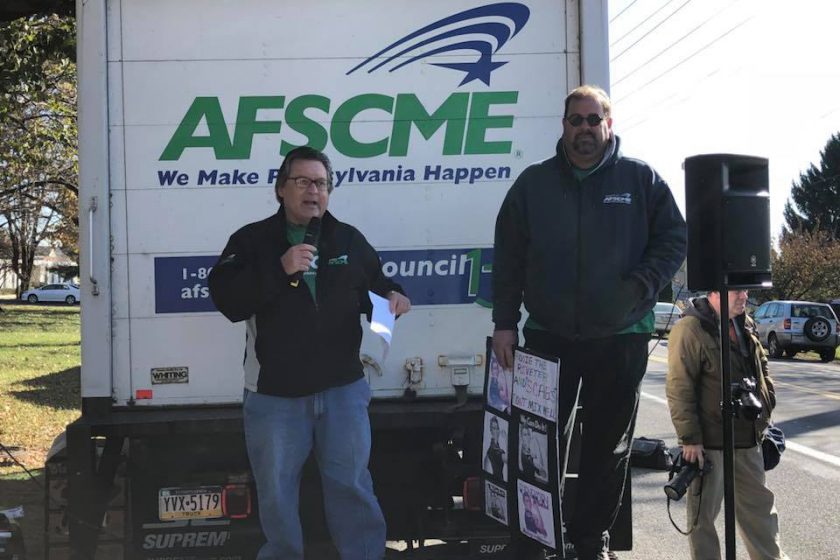 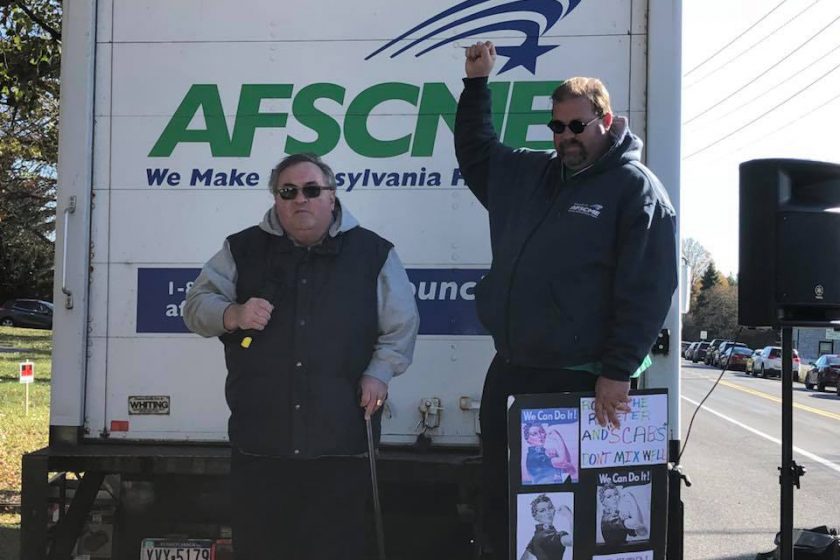 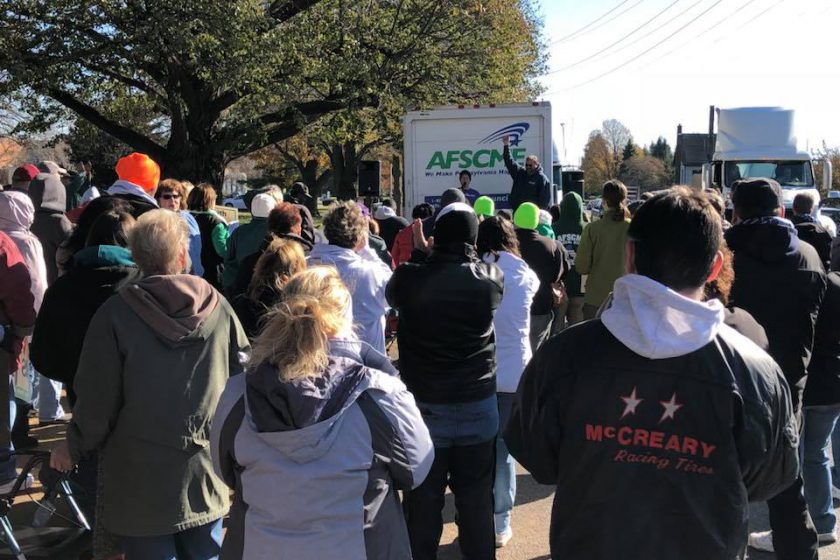 “The entire labor movement stands with you, because you are holding the line for all of us,” McBride said.

Secretary-Treasurer McBride presented a check for $10,000 on behalf of AFSCME International to go toward the strike fund to help Local 2732 members in need, and let those on strike know that their AFSCME family is with them every step of the way. If you or your local union would like to contribute to the strike fund, please contact Council 13’s business office at 1-800-523-7263.

“This is not the time to waiver. It’s not the time to question yourself. We have to stand strong. Our reasons for being here have not changed. They’re the same reasons today as they were on October 20, when we walked out. [The owner of the nursing home Chas Blalack] wants nothing more than to break this union,” Kleinfelter said.

“If you want to know everything that could happen without a union, take your contract out, read it and then throw it in the garbage, because it would be all gone – everything. We have to stay united so that doesn’t happen.”

Kleinfelter went on to bring some of her sisters and brothers up to thank them for their help and dedication during the strike, including Sara Rhoads, Danielle Kolar, Jodi Yeingst, Federico Bajandas, Melody Kohr and Tom Thomson.

Cedar Haven employees went on strike after the owner imposed his “last, best and final” offer on them, which would drastically increase the workers’ healthcare costs and cut their paid time off. They are demanding that he return to the negotiating table and agree to a fair contract.

Since the strike began, questions have arisen about the quality of care being provided by the temporary staff inside the nursing home. Many of the nurses are like family to the residents, and vice versa, making the process even more difficult for all involved.

It is far past the time for the owner to stop putting profits over people, and return to the bargaining table. If Friday’s rally was any indication, Local 2732 members will keep fighting for as long as it takes, and they will never quit until they get the contract, and the respect, they deserve.