In an unconventional 48th Annual AFSCME Council 13 Convention, delegates conducted the business of their union virtually.

Jane Gill opened her first convention as President of Council 13’s Executive Board with a tribute to the military veterans within AFSCME ranks, which was followed by a performance of the National Anthem by Council 13 Assistant Director of Education and Resources Ryan Bowe, the Pledge of Allegiance, and an invocation prayer delivered by youth pastor at Calvary Church of God in Christ and President of AFSCME Local 1224 (PHEAA) Jamar Johnson. 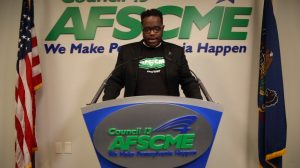 “I never thought I would be in this role, and I certainly didn’t think my first Convention as President would look like this. But here we are, and I’m ready to go. Let’s get this party started,” Gill said to open her remarks. 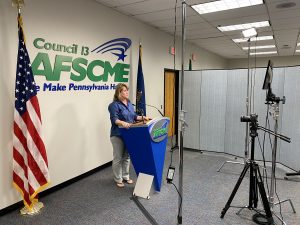 Gill then introduced Council 13 Executive Director David Fillman, who chaired the remainder of the Convention, telling delegates, “the theme that we originally had planned for this Convention was ‘2020 Vision,’ but we never envisioned what was to come.”

“Not only is the coronavirus pandemic a global health crisis; it quickly became a labor crisis,” Fillman went on to say.

“And it was you, public service workers, who were right there on the front lines of this crisis. It was many of you and your fellow members who were deemed essential, and so you put on a mask and reported for duty.” 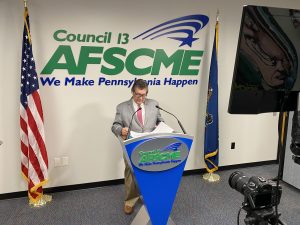 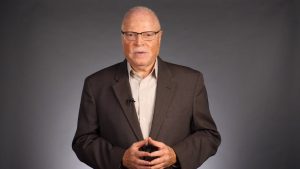 “It’s time to raise our voice. It’s time to show our power. Let’s educate, organize, and mobilize in overwhelming numbers and win this election,” AFSCME President Lee Saunders said to delegates of the Council 13 Convention. 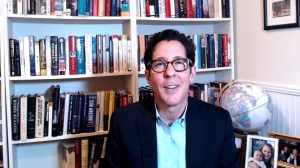 “Your work has been heroic in keeping our state running and keeping Pennsylvanians connected with the services they need to survive,” PA Treasurer Joe Torsella said. 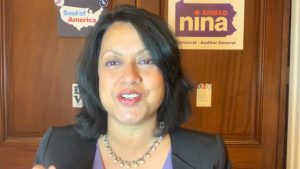 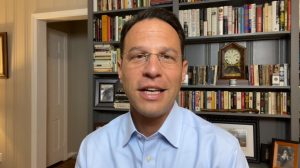 “I want to sincerely thank you for your outstanding work on the front lines, particularly during this COVID-19 pandemic. You have demonstrated, not just here in Pennsylvania, but all across the country, the kind of grit and determination and know-how and commitment that allows our commonwealth and our country to move forward,” PA Attorney General Josh Shapiro said. 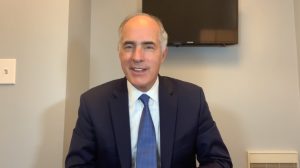 “I think it’s a good time to remind people across our state what AFSCME does every single day to help make our state run with all of the work that you do at so many levels of government to make sure that people have the government services they need,” Senator Bob Casey, Jr. said. 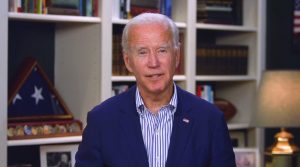 “Your work is often unseen, but it’s always essential, and Americans are waking up to that fact. The blinders are finally coming off and they’re recognizing exactly who it is that makes this country run. Unfortunately, we have a president and a Republican Senate Caucus who still don’t get it,” Vice President Joe Biden said.

A number of resolutions and constitutional amendments were passed during the convention. Delegates reaffirmed their commitment to stopping the closure of Polk Center and White Haven Center, expanding virtual organizing and education, protecting public sector workers, honoring front-line heroes, and continuing Council 13’s Planning For Our Future Committee.

They also support constitutional amendments to keep members informed by electronic or other means, temporarily reduce per capita payments to local unions, and transition to a biennial Council 13 Convention and make related adjustments to the terms of officers and executive board members.

All of these measures were based on the recommendations of the Planning For Our Future Committee and done in the name of saving vital funds for Council 13 while maintaining the same level of service and representation that members deserve and expect.

Once the business was conducted, Executive Director Fillman began to conclude the convention by saying “everything went smooth,” at which point the camera battery died, turning the screen black. Luckily, the Council 13 crew had a backup battery, and the convention adjourned with the union’s vision for the future in clear focus.

Council 13 thanks all the delegates who took part in this first-ever virtual convention and everyone who made it possible.