Governor Wolf to allow budget bill to pass without his signature 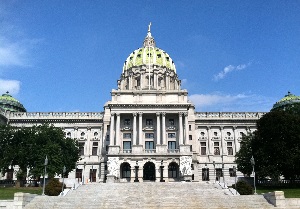 Governor Tom Wolf announced on Wednesday that he will not sign House Bill 1801, which will allow the budget bill to become law, averting a full-blown fiscal crisis for school, seniors, counties and municipalities.

Wolf said in a press conference that he could not sign a budget bill that “is not in balance,” but is allowing the $30.031 billion Republican budget to pass in order to get desperately-needed funding where it needs to go and allow focus to be shifted to passing a better plan for Fiscal Year 2016-17.

Unfortunately, the Republican budget creates a $1.6 billion deficit for 2016-17 that will prompt cuts to education, teacher layoffs, higher property taxes and cuts to senior programs. “The math doesn’t add up,” Wolf said, but acknowledged that dragging the budget fight out any longer would do more harm than good.

Along with keeping schools open and getting prescription medication to seniors, the move will also get state funding to counties and municipalities to allow them to operate for the rest of the year.

This brings the nine-month budget impasse to an end, with the next Fiscal Year beginning in just over three months. Wolf warned that if Harrisburg does not change its ways, there will not be adequate funding for next year.

AFSCME Council 13 urges legislators to work with the governor and stop the obstructionism and gimmicks that defined the last nine months. It is more important than ever to find new ways to bring revenue into the Commonwealth such as closing massive corporate tax loopholes, imposing a statewide Marcellus Shale tax and modernizing (not privatizing) the Pennsylvania Liquor Control Board (PLCB).

“Governor Wolf did the right thing by assuring state funding gets to schools, seniors and local governments. Now, the political games have got to end and our legislature has got to finally step up and enact real, sustainable revenues to fund critical needs for years to come.” Council 13 Executive Director David Fillman said.

“We will now get dates from the Administration to commence serious state contract negotiations.”