While AFSCME members have spent the last few months working on the front lines of a global pandemic and urging Congress to pass funding for the public services that keep society functioning, Dark Money organizations like the State Policy Network (SPN) and its affiliate Freedom Foundation have continued their attempts to “defund and defang” labor unions representing public service workers.

In an especially desperate attempt to deceive working people out of their union membership, Freedom Foundation’s latest front called Opt Out Today has been sending unsolicited text messages and emails to AFSCME-represented employees in Pennsylvania with misleading information about the union’s stance on police reform issues and how member dues are spent.

At the recent AFSCME International Convention, delegates adopted a landmark resolution, which reads in part:

“The calls to strip law enforcement officers’ collective bargaining rights or to expel all police unions from the labor movement are misdirected. It is a bedrock principle of our movement and our union that all working people, including law enforcement officers, deserve the right to join together, and collectively bargain for better pay and fair treatment on the job.”

AFSCME does not support divestment from any public services, including policing, and is proud to represent approximately 90,000 law enforcement and public safety officers.

SPN has many spawns in Pennsylvania, including The Commonwealth Foundation, The Fairness Center, Americans for Fair Treatment, Commonwealth Partners, Free to Serve, Opt Out Today, and more, which all seek to destroy unions by getting members to drop their membership through lies and deceit.

AFSCME has fought for adequate state and local funding through legislation like the HEROES Act while these so called “think tanks” have done nothing to aid public services or working families throughout the COVID-19 crisis.

The President and CEO of SPN openly admitted the organization’s goal to “defund and defang” public sector labor unions, which would jeopardize the workplace rights and protections of front-line workers as well as the safety and quality of services they provide. The only ones trying to defund anything are these billionaire-funded special interest groups.

AFSCME members know sticking with the union is the way to go. We will continue advocating for funding of all public services and working to improve the lives of all working people regardless of Dark Money’s attempts at defunding us. 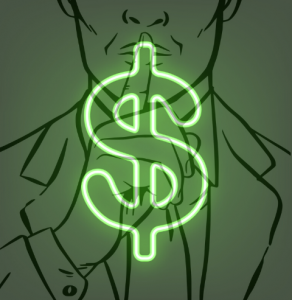