Hundreds rally in Franklin to save Polk Center

By William Kauffman on September 3, 2019

A sea of red flooded the Venango County Courthouse on Labor Day as community members, elected officials, Polk Center employees and family of Polk residents expressed their outrage over the closure of Polk State Center.

Residents, elected officials, the public and workers alike were blindsided by this announcement. It is a misguided decision that will uproot and endanger people’s lives.

“The state will find jobs, placement and all that, but right now, our main focus, and it’s with everyone, is the individuals. We’ll worry about our jobs later. It is all about the individuals,” AFSCME Local 1050 (Polk Center) President Tammy Luce said.

Rally-goers heard emotional testimony from family of Polk Center residents who fear their loved ones will not receive the same level of care that they receive from the remarkable staff of the center.

“These folks are going to be ripped away from their homes — and that’s what it is — they got an eviction notice,” AFSCME District Council 85 Director David Henderson said. 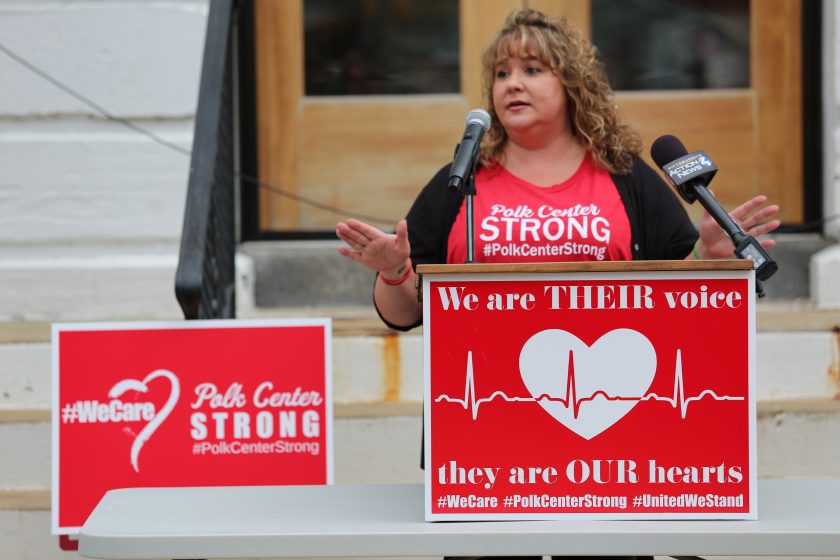 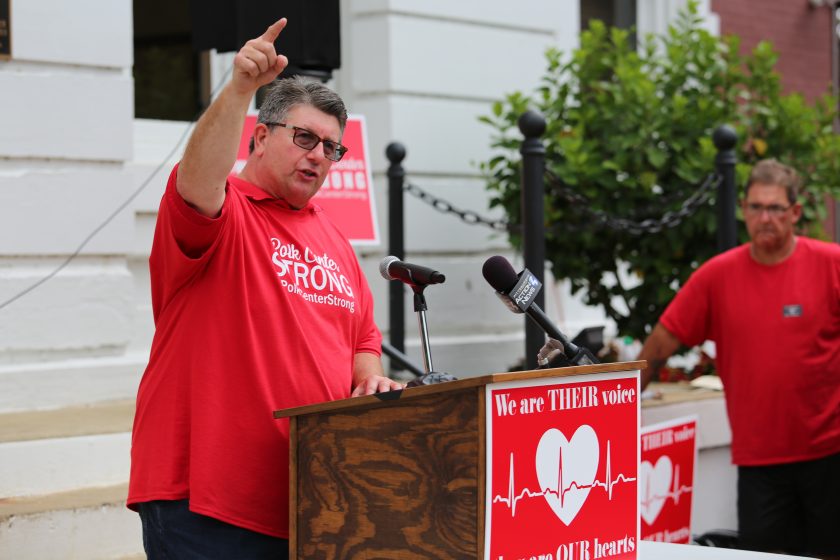 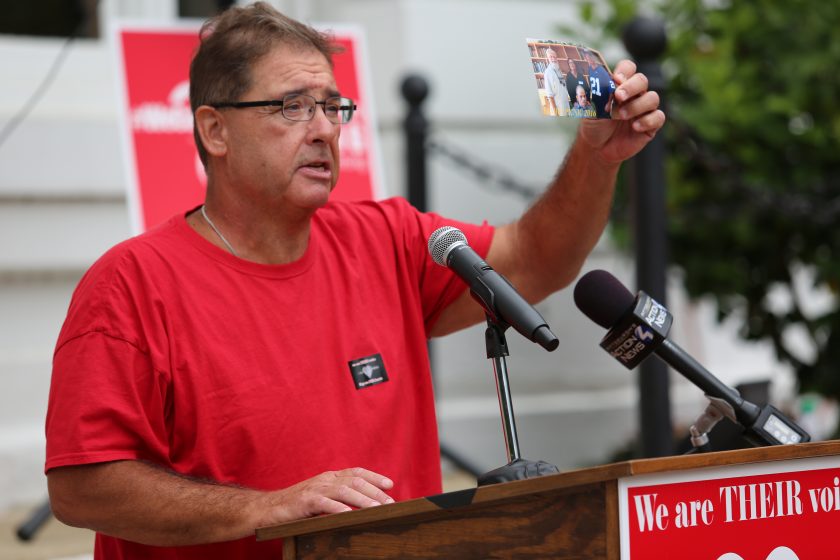 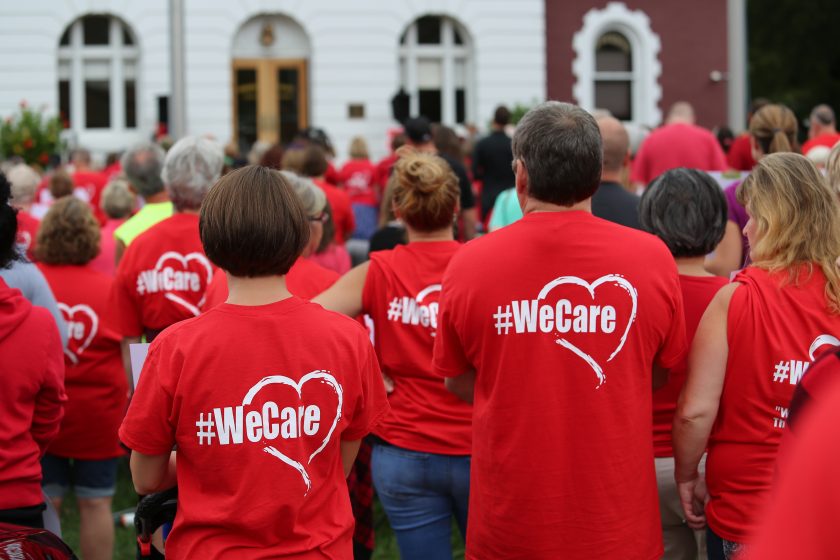 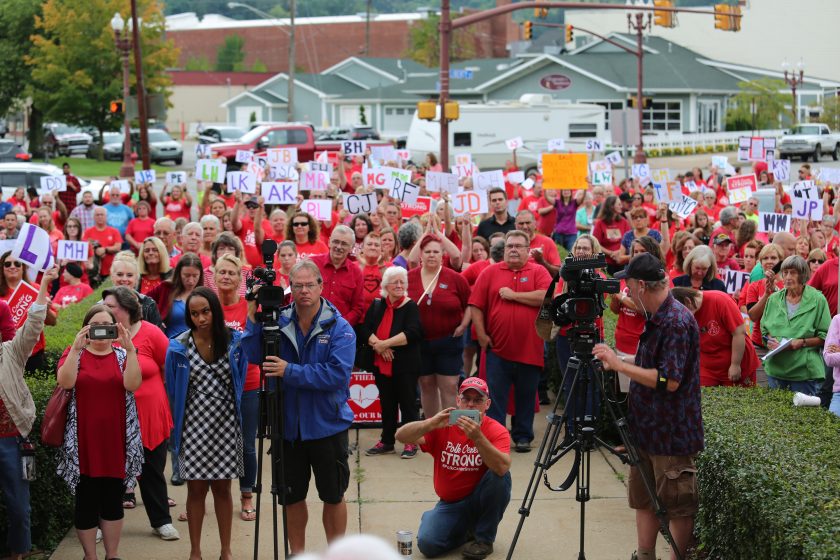 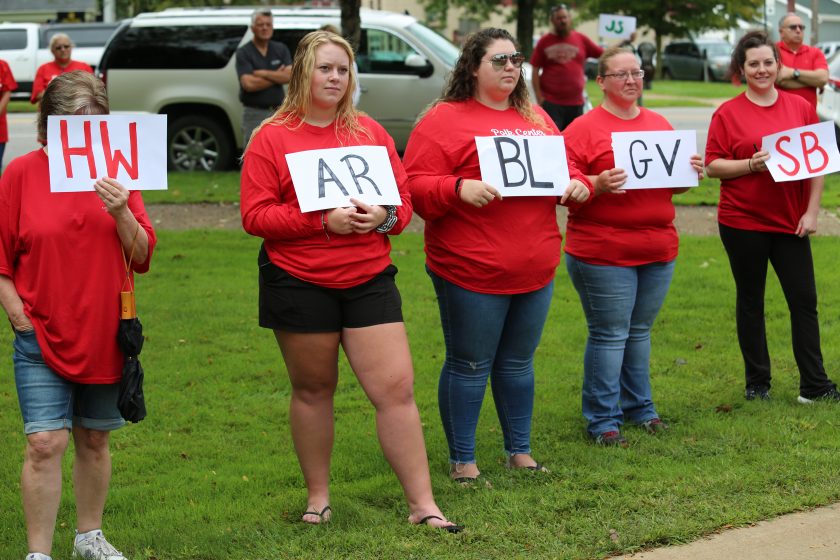 The rally was a powerful demonstration, but it’s just the beginning. DHS will hold hearings on September 9 and 12, in Franklin and White Haven, respectively, where the public will have the opportunity to voice its concerns. On September 24, the Pennsylvania Senate will hold a hearing on the closure of the centers.

Council 13 stands ready to continue the fight for Polk and White Haven Center residents and the AFSCME members who care for them.