In Memoriam of Michael Fox 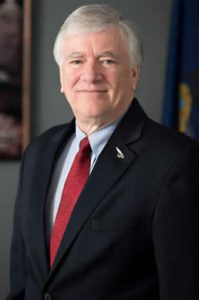 The leadership and staff of Council 13 are deeply saddened to learn that former AFSCME International Vice President and District Council 89 Director Michael Fox has passed away.

Mike started his AFSCME career as chief steward and Executive Board member of AFSCME Local 2534. He joined AFSCME’s staff as an organizer in 1975 before becoming Director of AFSCME’s statewide Grievance and Arbitration Department from 1982 until 1988, when he was promoted to Assistant to the Executive Director of Council 13. Mike was Director of District Council 89 from 1997 to 2015, and he was an International Vice President from 2004 to 2015.

Mike was a legend of the labor movement in Pennsylvania and beyond. The mentorship he provided to current leaders and staff of AFSCME is immeasurable, and his influence will be felt for decades to come. Everyone at Council 13 and its district councils send their deepest condolences to Mike’s family and friends.

“This is a devastating loss for AFSCME and the entire labor movement. Mike was AFSCME green through and through. I’m praying for Mike’s family, and I want them to know that Mike’s union family is here for them if they ever need anything at all.”

A Celebration of Life ceremony will be held at the AFSCME Conference Center, 150 S. 43rd St., Harrisburg, Pa., on Saturday, January 5 at 2 p.m. Mike’s wishes were to be cremated, therefore, there will not be a viewing at this event. It will be a time of sharing and celebrating the enormity of Mike’s dynamic and positive presence in our lives.