In Memoriam of Roy Wise 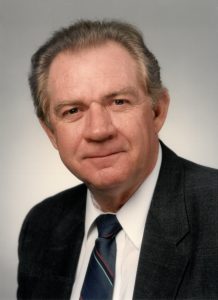 The AFSCME family is saddened to learn that former District Council 83 Director Roy Wise passed away on Saturday, April 11, 2020.

In 1972, AFSCME International hired Roy as an Organizer on its Pennsylvania Organizing Committee, which achieved one of the greatest successes in American labor union history – the organization of more than 75,000 employees of the Commonwealth of Pennsylvania. In 1956, Roy joined AFSCME Local 2110, which represents Westmoreland County PennDOT workers. During that time, Roy served as Local Union President, among other officer positions.

Roy’s interest in the labor movement was introduced by his father at a young age and ultimately resulted in three generations of AFSCME members. He and his father both worked for the Pennsylvania Highway Department in the mid-1950s. His father was a foreman and also the Treasurer of an AFSCME local union. Roy was 17 when he started working, and his father made him join the union. It didn’t take very long for him to share his father’s passion for the labor movement. You would see a gleam in his eyes, whether he was reminiscing of years gone by or speaking of the future of AFSCME. Roy dedicated his life to this movement and its ideals so that fellow union brothers and sisters may have the same opportunities, hopes, and dreams for their families in years to come.

“The ability of AFSCME to provide such robust service to its members in Pennsylvania is a direct result of the passion of dedicated activists and leaders like Roy Wise. The entire Council 13 family sends it best wishes and deepest condolences to Roy’s loved ones.”

A private viewing for Roy’s family will be held on Thursday, April 16, with a church service immediately following the viewing: