Local 1203 members save Philipsburg Borough thousands through skill and initiative

During the winter months, municipal road crews are kept busy with clearing snow and ice from local roadways.

The same goes for employees of the Borough of Philipsburg in Centre County, but it’s how they spend the rest of their time that sets them apart.

Thanks to the skill and initiative of five members of AFSCME Local 1203 (Centre County Public Employees – Borough of Philipsburg), the borough has seen significant cost savings and improved appearance of its public areas. 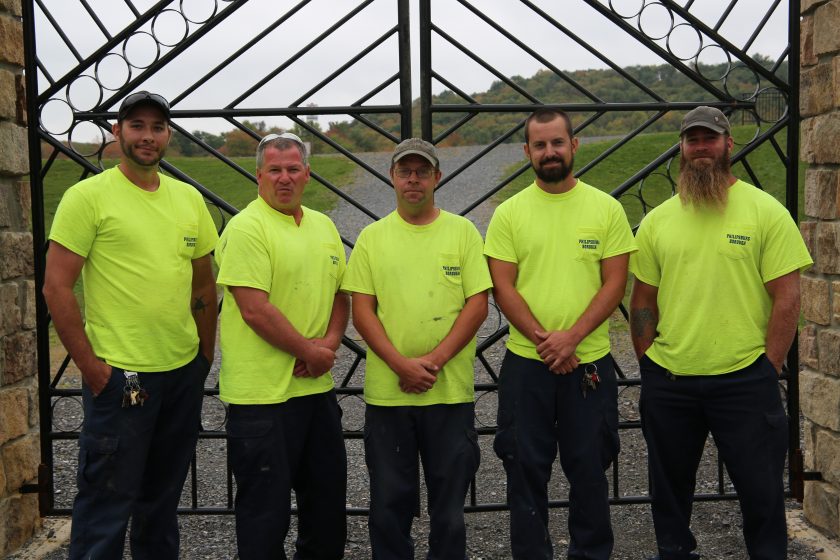 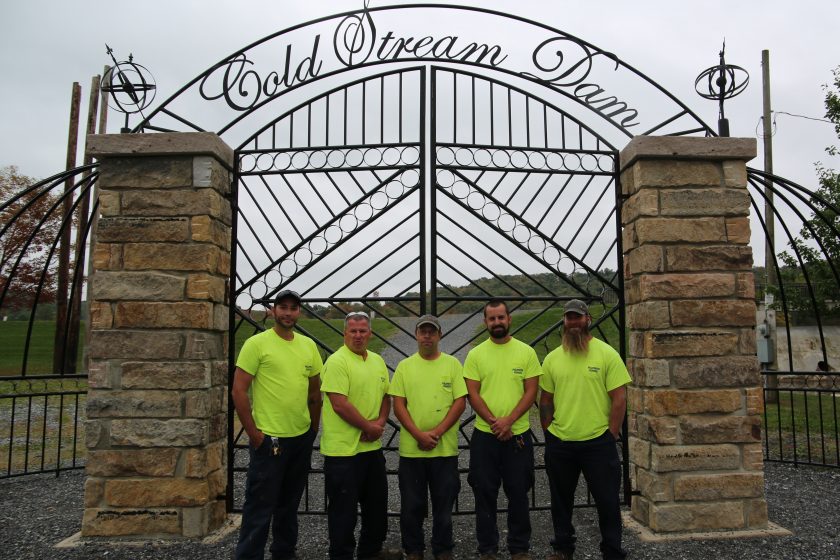 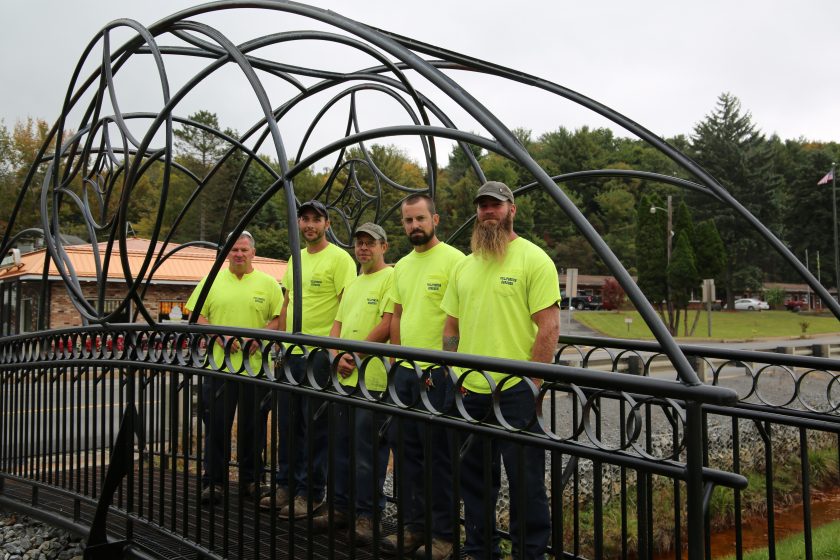 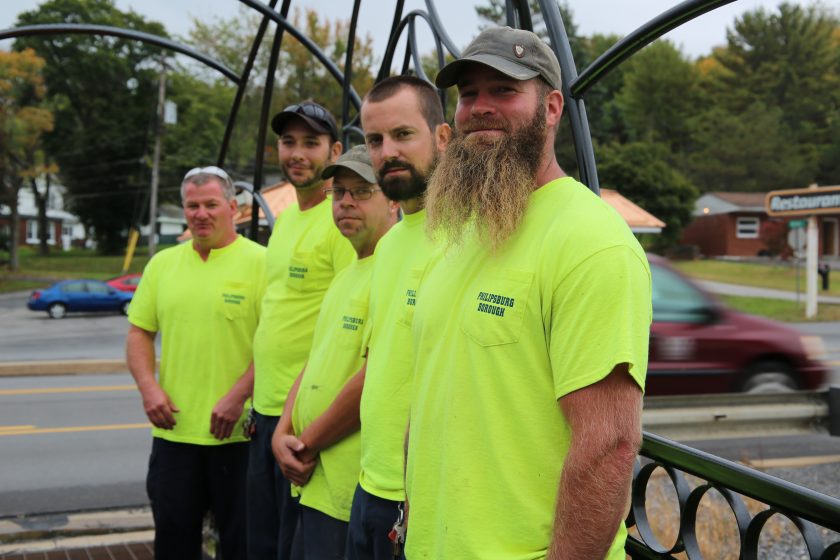 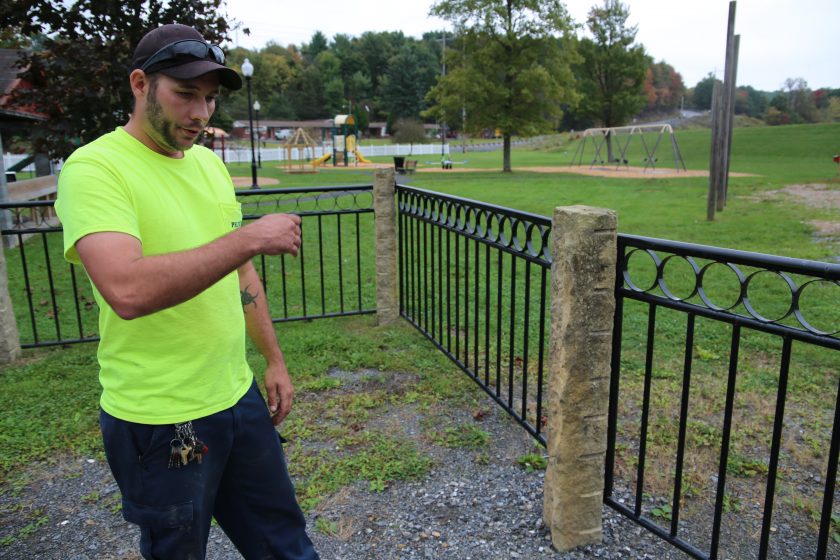 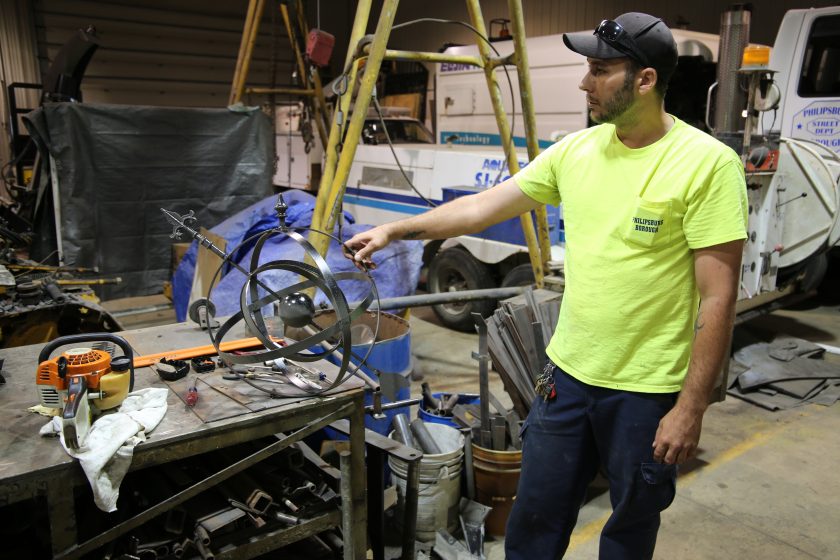 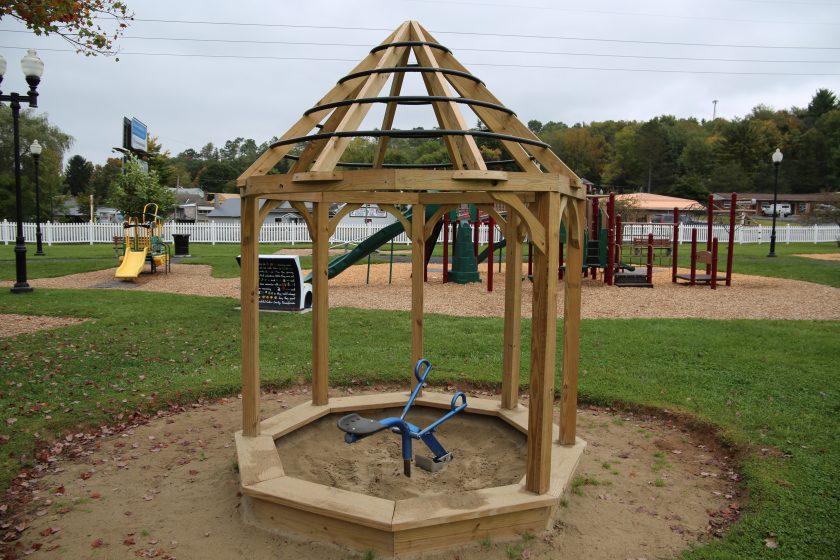 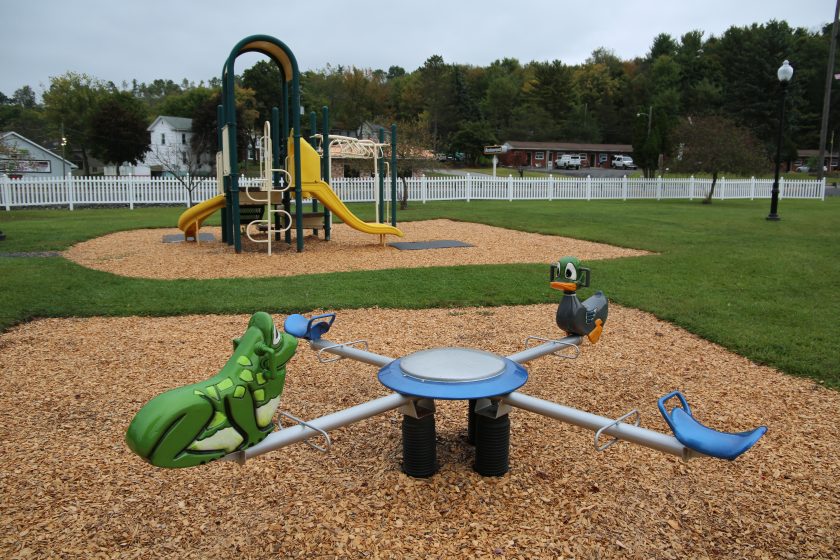 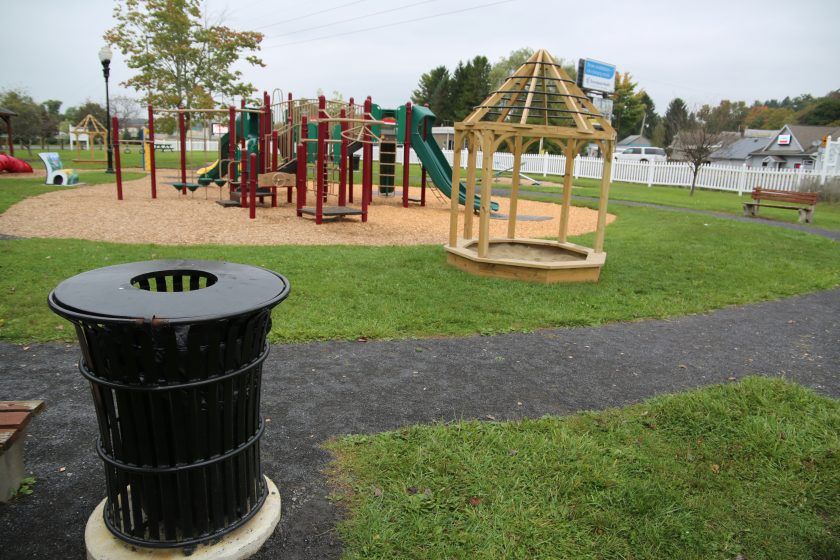 AFSCME Local 1203 (Centre County Public Employees – Borough of Philipsburg) member Jeremy Conklin shows a nautical metal orb that was constructed by him and his fellow employees.

A seesaw with a frog and duck, which were airbrushed by AFSCME Local 1203 (Centre County Public Employees – Borough of Philipsburg) member Jeremy Conklin.

One of the many trash cans constructed by members of AFSCME Local 1203 (Centre County Public Employees – Borough of Philipsburg), which can be seen in many public areas in Philipsburg.

“Everybody kind of has their own thing, so when you put everybody together, you get a well-rounded group of guys,” Jeremy said.

Thanks to those skills, work that otherwise would have been contracted out, or not done at all, is being done by Philipsburg Borough workers.

“Nothing gets sent out anymore. They sent one truck out – it was $8,000 to have it fixed and painted – and we’ve done the rest of them in-house for a couple hundred bucks because we’re doing it here.”

Beyond work required of them by the employer, Jeremy, Calvin, Doug, Jared and Tyler avoid “downtime” by taking it upon themselves to construct metal benches and trash cans. The borough kept encountering benches in need of repair or replacement, and a new one could cost up to $1,000, but it can be built in-house by Local 1203 members for just $80. A trash can could be made for just around $50.

If someone visits any public park in Philipsburg, they will see the borough employees’ work. Their most eye-catching pieces can be found at Cold Stream Dam & Recreation Park, where visitors will see a large metal gate, nautical metal orbs (with softballs wrapped in fiberglass in the center), stone pillars, 350 feet of fencing and a 20-foot walking bridge, all of which was voluntarily made by the borough workers and includes more than 6,000 handmade metal rings. They also built the sandboxes in the park, and Jeremy airbrushed a frog and duck for the seesaw.

Their work not only improves the appearance of the community; it has saved the municipality an estimated $75,000-$100,000 over just the last few years. They got materials thanks to a $1,500 donation from Murarik Motorsports and by raising $3,000 through a scrap metal drive. Besides that, they use old scrap metal and used lampposts that would have otherwise gone to waste.

“If I was growing up here, I’d want this kind of stuff for my kids,” Jeremy said.

“It’s just nice to see that you can make the town better with the stuff that we’re building. And on top of that, everybody here enjoys building those things. It’s fun.”