Message From The Executive Director

AFSCME Council 13 Executive Director David Henderson wrote the following message to members. It was published in the third digital edition of the Council 13 Connection. 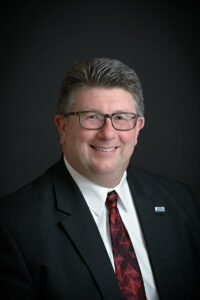 Spring is upon us and brings new beginnings and change! This year, it has brought new beginnings and change to Council 13 as well. After 18 years as your Executive Director, David Fillman has decided to move on to a much-deserved retirement. His leadership, commitment, dedication, and knowledge will be greatly missed by all of us. I have been humbled by the opportunity to serve as your Executive Director since January 1. Other personnel changes have occurred as well, and the Assistants and Department Heads have taken on additional responsibilities because of these changes.

We have all been through a lot this past year, both personally and professionally. We have been challenged by the restrictions the pandemic placed on all of us. While many AFSCME members have been able to telework, many more members have gone to work daily to provide the vital services that the public relies on. All of you worked diligently to assure the citizens of the Commonwealth were taken care of in the way you always have – with professionalism and pride.

You cared for our sick, our elderly, and our loved ones; you maintained the roads and the vehicles needed to keep those roads operable; you served on the front lines in nursing homes, hospitals, and correctional facilities; you made sure our schools and universities were ready to open; you kept our communities, parks, and forests clean and safe – just to name a few of the jobs you do. You never missed a beat. For that, I thank you!

Your union did not rest either. The councils operated as efficiently as possible with the restrictions of the pandemic and the employers. Your staff were in constant communication with those employers and with the leadership of the locals. Locals held virtual meetings and elections with the help of the Member Resource Center and its staff representatives. Contract negotiations continued, grievances were argued, arbitrations took place, Article 43 meetings continued, and labor/management meetings were held. Steward and Officer trainings occurred at a rapid pace. Our technological improvements made it possible. We were successful in minimizing layoffs across state and non-state locals, and we made sure that previously negotiated wage increases were given, health benefits were continued, and that your collective bargaining agreements were followed, or we pursued corrective action. It has been a new experience for all, and our staff is working hard as a team. For that, I thank them!

Nationally, AFSCME was instrumental in getting a stimulus package that included revenue for state and local governments passed. We demanded that any stimulus package contained assistance for our public sector employers, and we succeeded – the American Rescue Plan does just that! This revenue should be used to keep our members’ jobs from being furloughed or privatized, and Council 13 and its staff will do everything we can to assure that happens. As in all things, there are no guarantees, but we will battle hard on your behalf.

We need your involvement now more than ever before. There are groups out there that are attempting to weaken our union and strip your voice from the workplace in the process. These groups do not support public sector employees, their unions, their wages, or their rights under a collective bargaining agreement. They push legislation to weaken your voice, question your wages and benefits, and eliminate your right to representation. They will not be there to represent you, negotiate your contract, or protect your job against privatization.

Your union, however, champions your dignity and respect at the workplace, negotiates for better wages and benefits, protects your pension, and defends your job from privatization. We rally against closures and furloughs. We advocate for legislation that protects you and lobby against legislation that harms you. We stand up for workers’ rights, and with your membership, we are even stronger.

We need you to stand beside us and tell these anti-union groups to stay out of Pennsylvania! Encourage our non-members to become members and send a message to the employers and our enemies that we are union proud, and that we are AFSCME proud!

Your union has represented you as best it can through these difficult times, and we are all looking forward to the day we can gather in person. Nothing replaces joining together to address the issues that are before us. As we begin to see that light at the end of the tunnel, we must be patient, knowing that we will be together sooner rather than later. We are optimistically planning on our Council 13 Convention being held in person in August, provided that it can be done safely with all precautions in place.

I hope all of our AFSCME family members remain safe and healthy, and I look forward to when we are together again to properly salute you for the work that you do. Thank you and God bless you all!