AFSCME hosted its 44th International Convention virtually on August 13 and 14. It will be concluded on Wednesday, September 2.

AFSCME President Lee Saunders opened the Convention with a keynote address, urging AFSCME members and activists to “stand up” for our union’s values and get into “good trouble” in honor of the late John Lewis. 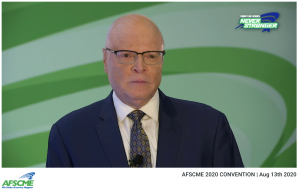 AFSCME President Lee Saunders delivers his keynote address to delegates of the International Convention for his 21st time and for the first time virtually.

Saunders spoke about AFSCME’s reaction to the Janus ruling that many expected to be a knockout blow to the labor movement.

“In the face of an existential threat, we squared our shoulders, and we stood our ground. We refused to let the wealthy special interests break our will. In overwhelming numbers, AFSCME’s members stood up and said, ‘hell no, I’m sticking with my union!'” 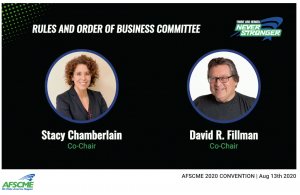 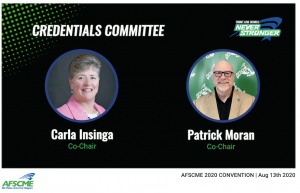 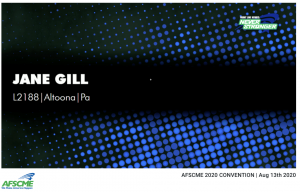 Council 13 was proud to be recognized for raising the second most money overall and the seventh most money per member for the PEOPLE program.

President of AFSCME Local 2147 (Lackawanna County Trades & Labor) Jack Evans spoke out against the failures of the Trump Administration and in favor of electing Joe Biden in the upcoming election. 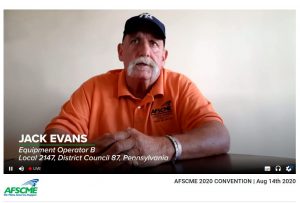 “The support of AFSCME’s family means the world to me,” Biden said to delegates.

Retiring AFSCME International Vice Presidents were honored for their years of service, including former District Council 84 Director Richard Caponi. We wish him the best in retirement and thank him for his many contributions to this union and this movement. 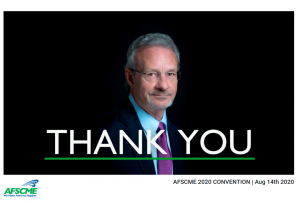 “One of the most important and inspiring parts of my job is to support you in building strong and growing local unions. That means being on the front lines of activism – side-by-side with you on the doors, in the streets, and in the caravans,” McBride said. 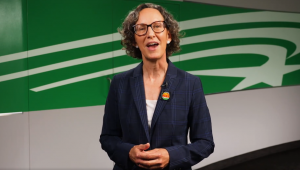 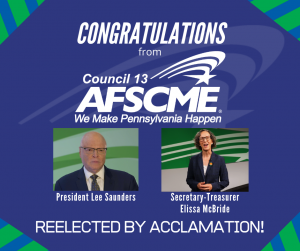 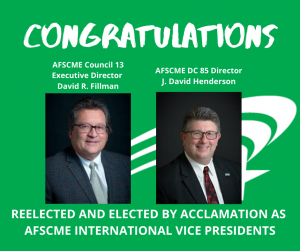 Congratulations to these great leaders!

More updates and information about the 44th International Convention can be found here.