SAVE OUR CENTERS: Polk, White Haven workers bring the fight to Harrisburg

In a vigorous day of action, Polk and White Haven State Center workers brought the fight to save their centers to Harrisburg through demonstrations, lobbying, testimony and a rally on the Capitol steps on September 24.

Members of AFSCME Local 1050 (Polk) and Local 2334 (White Haven), along with advocates and family members, held a silent protest during an Arc of Pennsylvania press conference to start the day.

After that, they took to the halls of the Capitol to lobby every lawmaker while Local 1050 President Tammy Luce and Local 2334 President Bill Hill testified to a PA Senate committee alongside Council 13 Assistant to the Executive Director Darrin Spann. 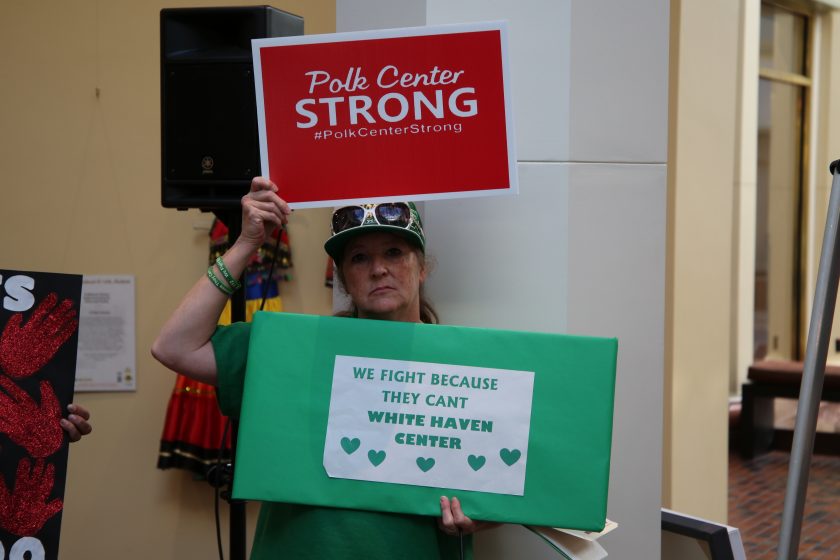 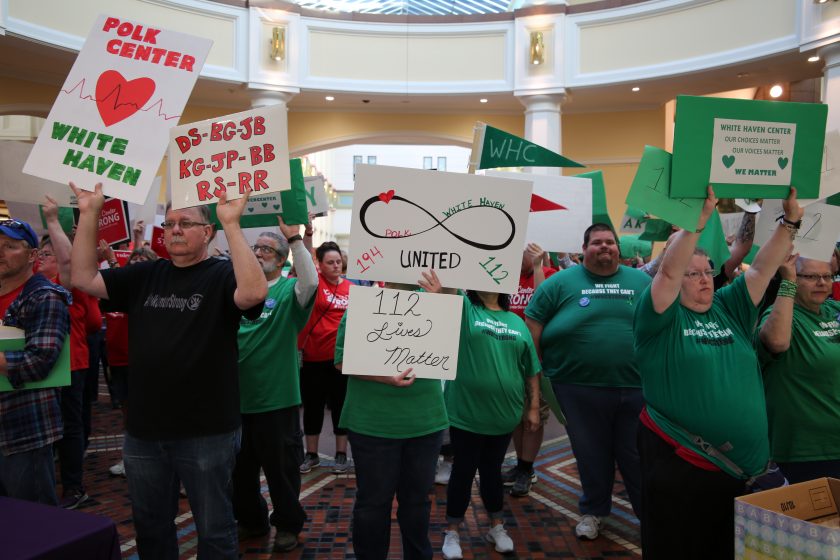 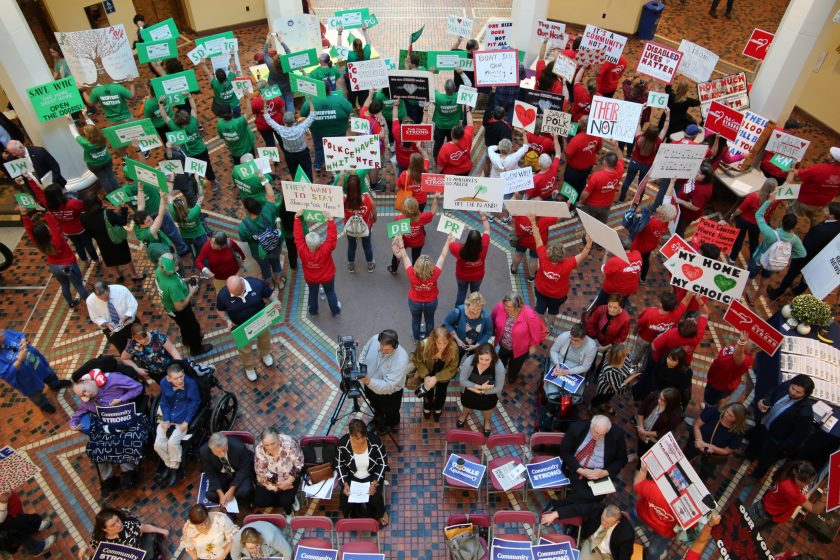 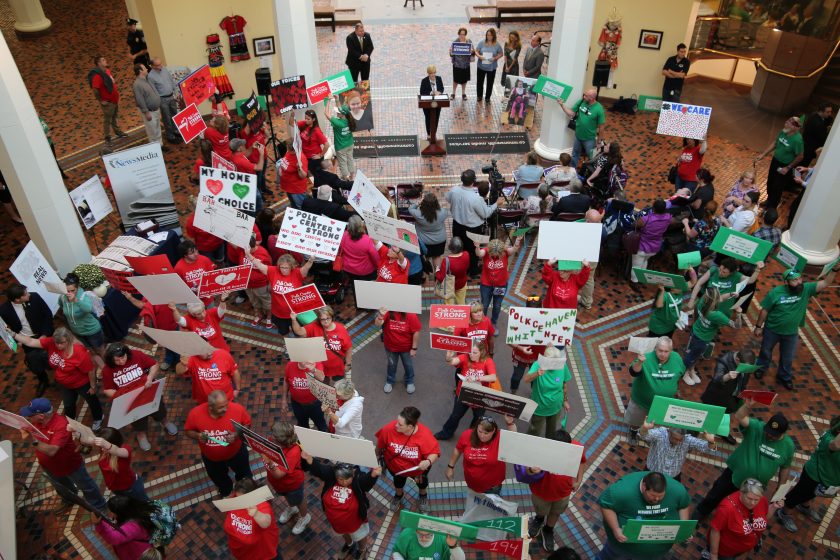 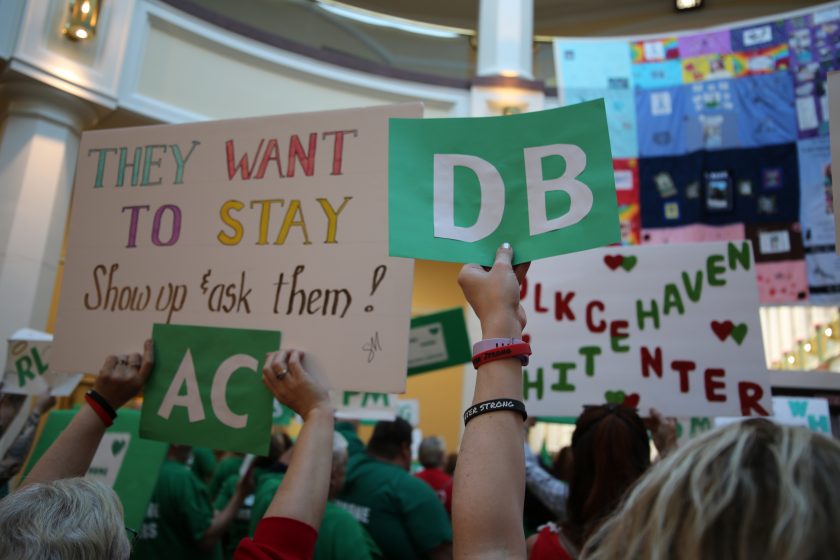 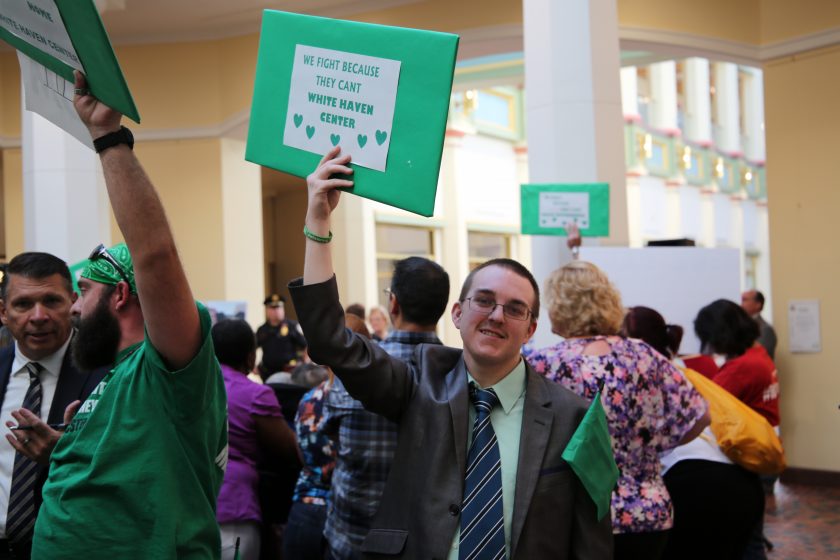 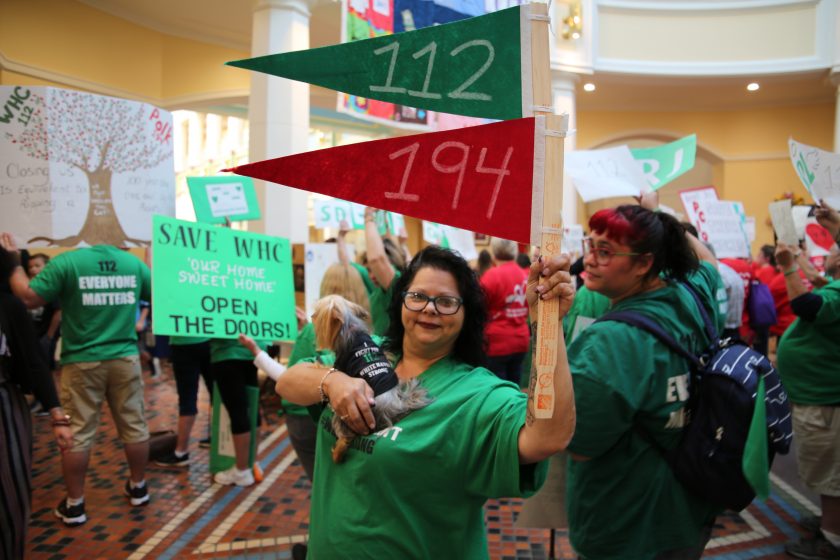 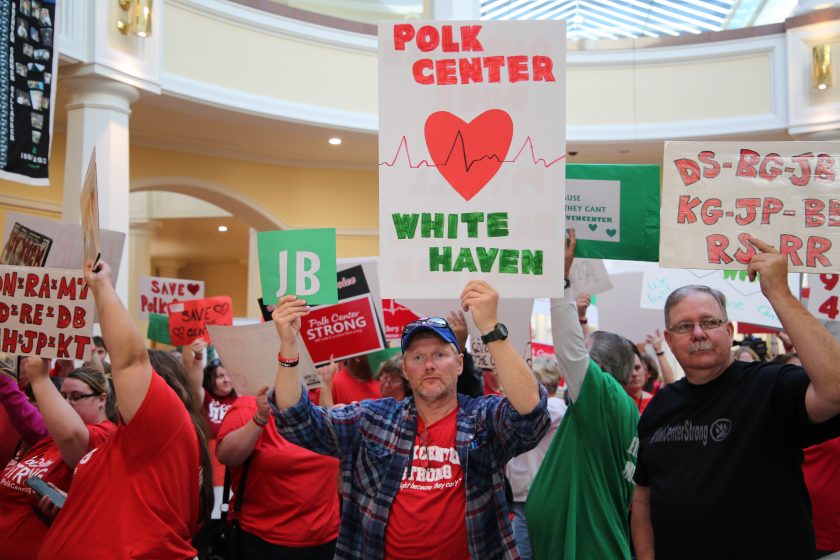 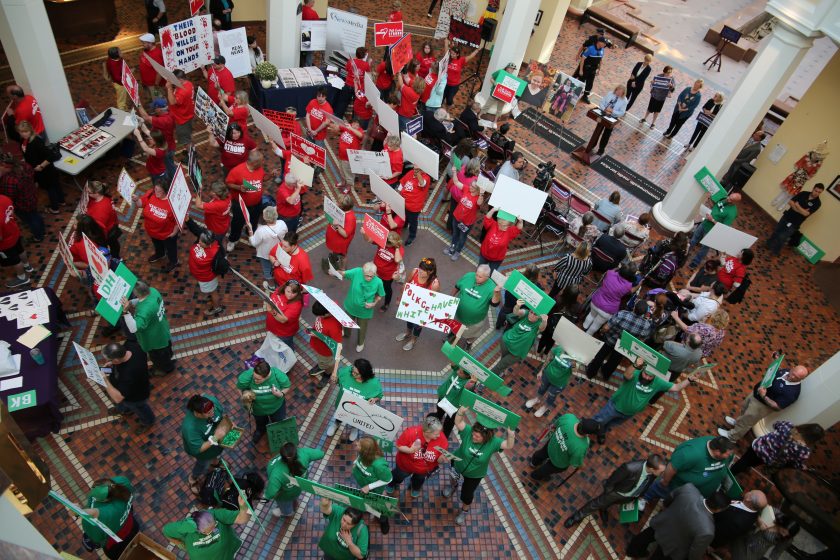 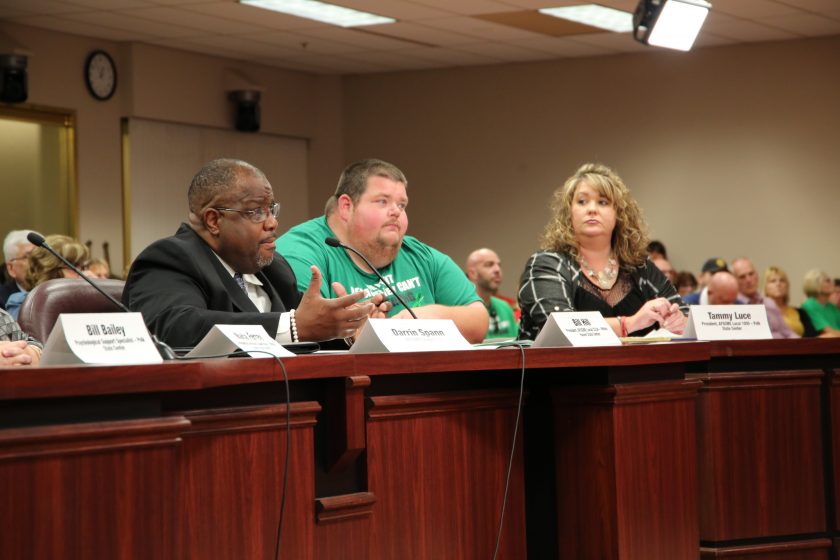 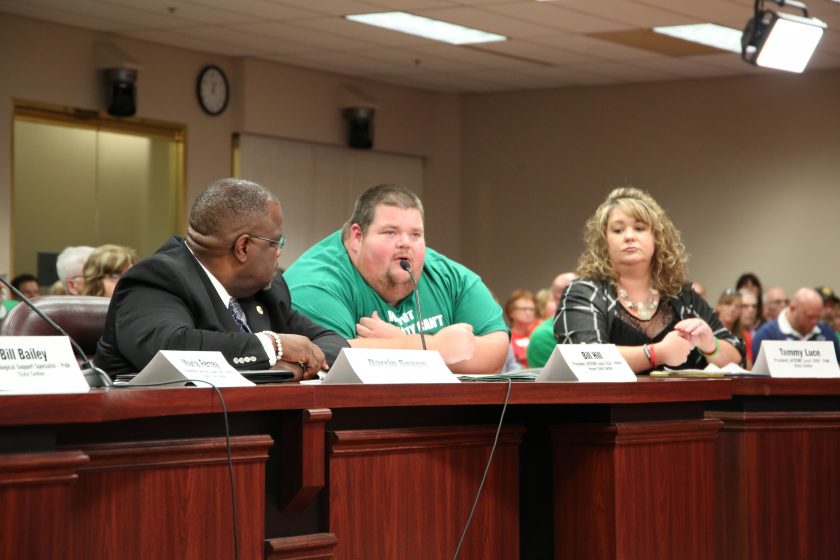 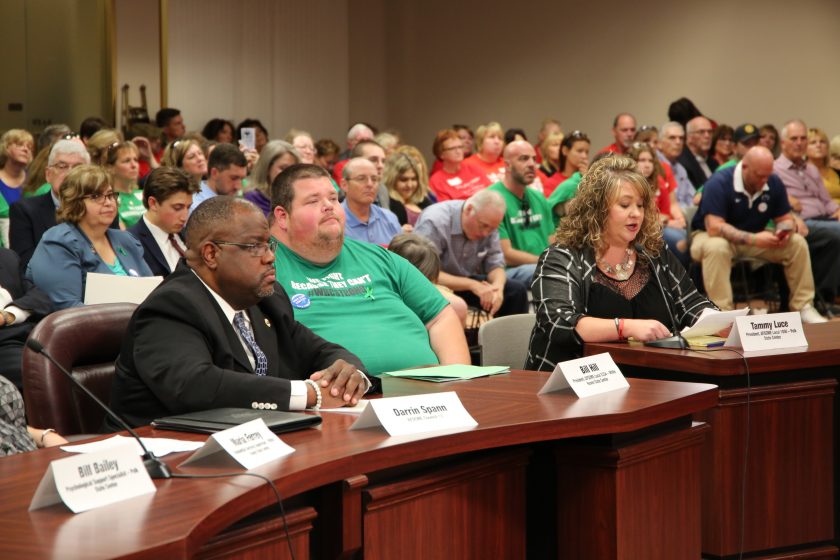 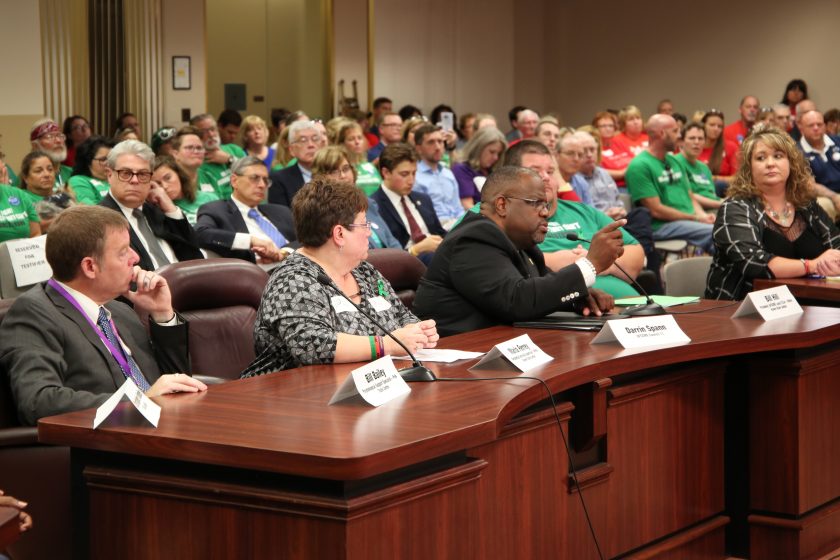 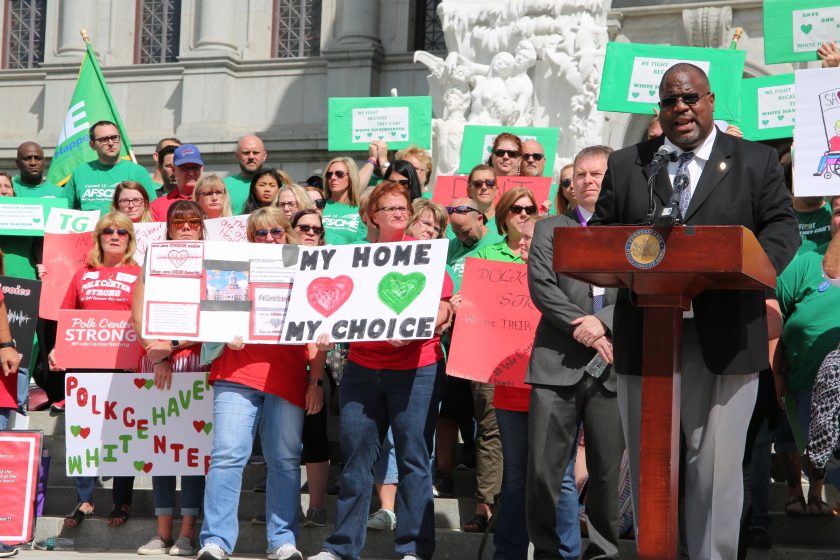 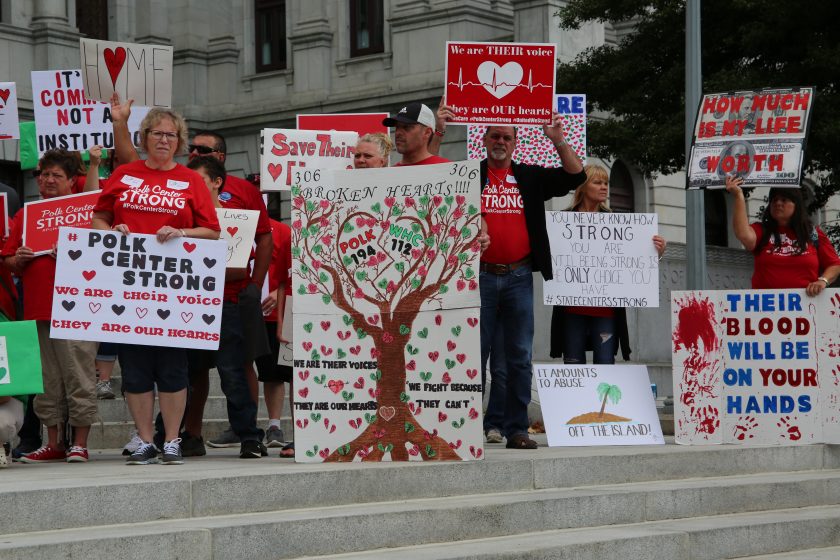 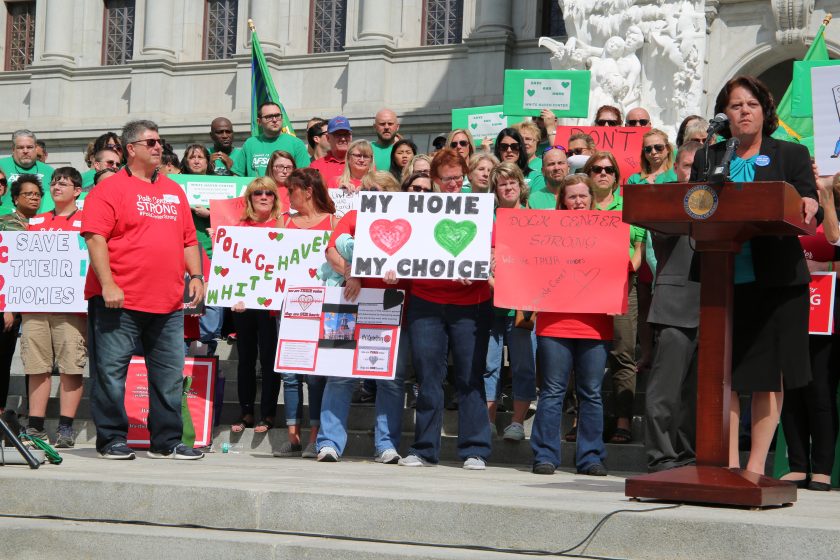 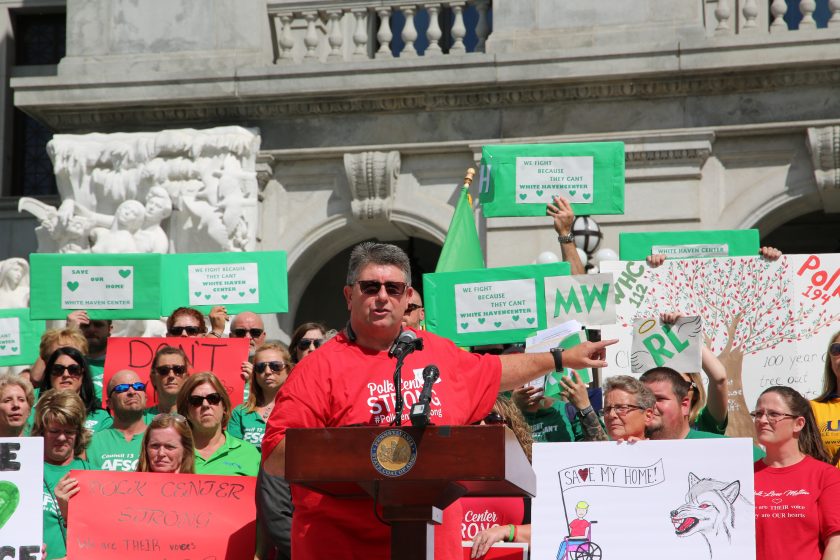 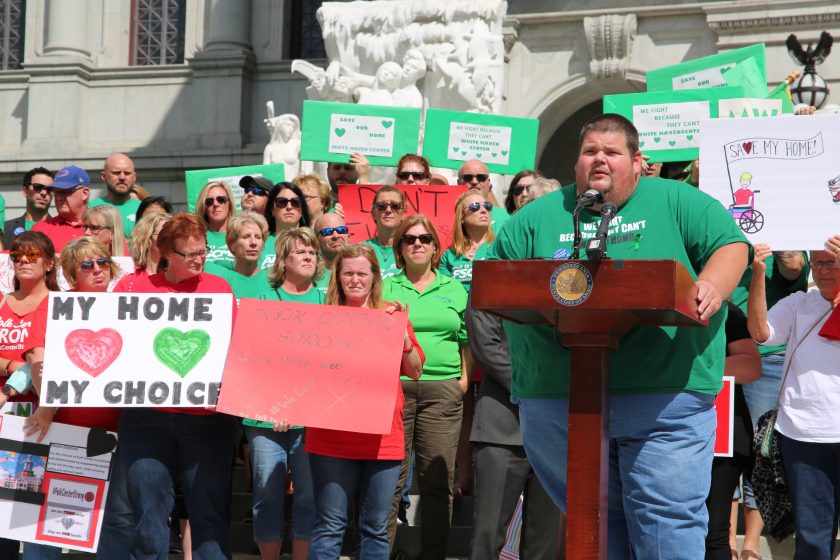 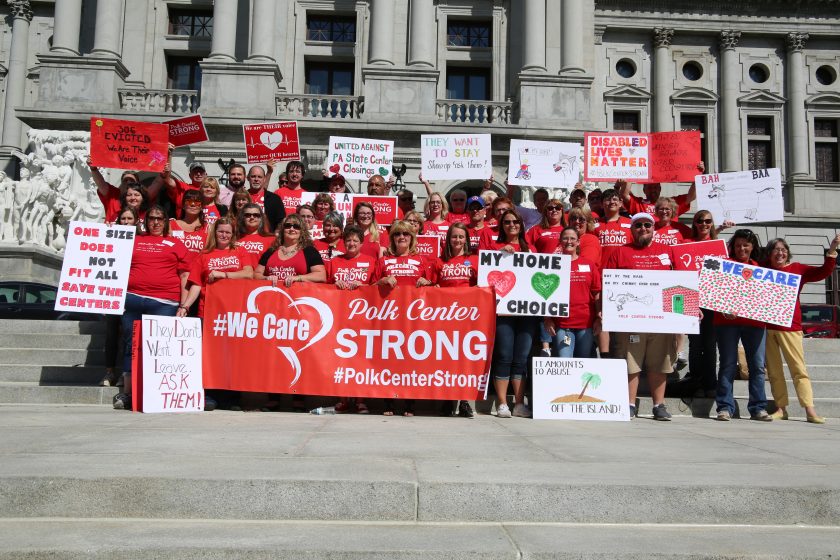 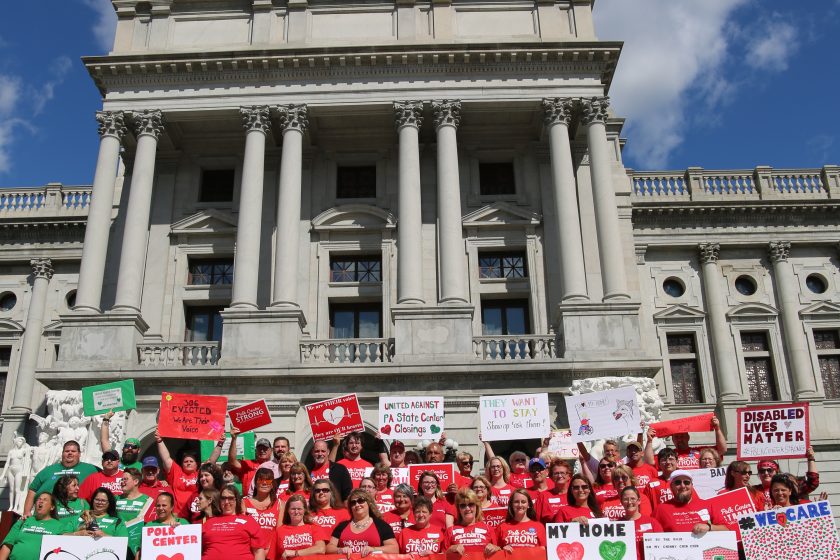 “It’s a shame that we protect the most vulnerable citizens, we do excellent care for them, and we take a lot of pride in our work, and now this was done without even taking our thoughts and feelings into account,” Hill said.

Spann testified about the risk of job loss from this decision, as well as the PA Department of Human Services’ poor communication throughout the process, while Hill and Luce focused on the impact on the vulnerable individuals who live in these centers.

“They get taken care of at the centers. They get everything they need. I can’t imagine them out in a group home and not having what they have at the centers,” Luce said.

“I don’t see what’s so empowering about forcing them out of their home. This doesn’t seem to be the residents making their own decision. This decision was made for them and for us as employees, and none of us were consulted, nor were the families of the residents.”

While the hearing took place, Polk and White Haven workers visited legislators’ offices, urging them to fight the DHS decision to close the centers.

To conclude the day, a rally was held on the steps of the Capitol, where sisters and brothers of organized labor joined in solidarity with Polk and White Haven workers.

It is clear that this fight is far from over.