AFSCME District Council 85 Staff Representative Shane Clark was named as the new Director of DC 85 by a unanimous vote of the district council’s executive board. 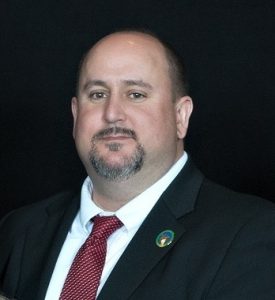 Clark is set to replace David Henderson, effective December 1, 2020, as Henderson goes on to become Executive Director of Council 13 on January 1, 2021.

Clark has been a Staff Representative for DC 85 since February 2011. Before that, he was an Organizer for AFSCME Council 13.

From 1994 to 2010, Clark was a Correctional Officer at Crawford County Correctional Facility, where he served as President of AFSCME Local 2643.

“I want to thank both David Fillman and David Henderson for their support and encouragement that led me to take on this new role,” Clark said.

“Mr. Fillman, thank you for your dedication to AFSCME, and I wish you well in retirement. Mr. Henderson, you have my gratitude for your mentorship, and I wish you the best of luck as Executive Director of Council 13. I am excited to continue to work with you to move our union forward.”