Suzanne McCormick was approved as the new Director of AFSCME District Council 83 by a unanimous vote of the district council’s executive board on January 4, 2022. 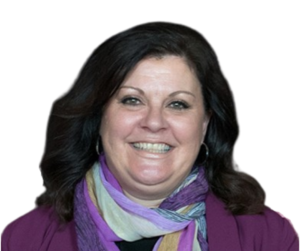 “I look forward to this new chapter,” Sue said. “I am grateful and humbled for the opportunity to continue to serve our membership and the labor movement in this capacity.”

Sue has been a member of AFSCME since 1982, when she signed her membership card on the first day that she started working at the Somerset County Home for the Aged, which later became Meadow View Nursing Center, where she worked for 25 years.

Sue went on to become one of the first organizers for AFSCME Council 13 in 2005. Five years later, she became a Staff Representative for District Council 83 and eventually formed the Laurel Highlands Coalition of Labor Union Women (CLUW) chapter “to help members have an avenue to progress in the labor movement.”

Now, starting on January 16, 2022, she will replace the retiring Dominic “Mickey” Sgro to lead District Council 83, which represents nearly 10,000 workers in western Pennsylvania.