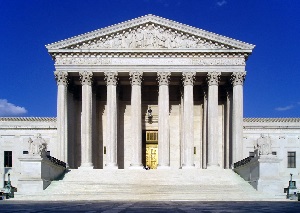 Since the Republican Senate Majority Leader Mitch McConnell has decided to block President Obama’s Constitutional responsibility to nominate the next United States Supreme Court Justice, the remaining eight justices have released a decision on the Friedrichs v. California Teachers Association case. As predicted since the passing of Justice Scalia, the remaining justices have issued a tie of 4-4. This means that the 9th Circuit Court ruling will stand, which means the Abood case and Fair Share fee deductions will remain the law of the land.

This is a small victory, however these kinds of attacks on unions will continue down the pipeline in the Supreme Court as well as in state legislatures. “We must remain strong and continue to fight back. Just like in Pennsylvania, this is a reminder that if the legislators that WE put in position aren’t there to make the United States of America the best country to live in, WE THE PEOPLE should vote them out,” said David Fillman, Executive Director AFSCME Council 13. “We must continue to stand strong, AFSCME Strong!”