Clerical, utility and road crew employees at West Manheim Township have been engaged in negotiations for their first contract for more than two years, and are showing up at township supervisor meetings to demand respect and a ratified contract. 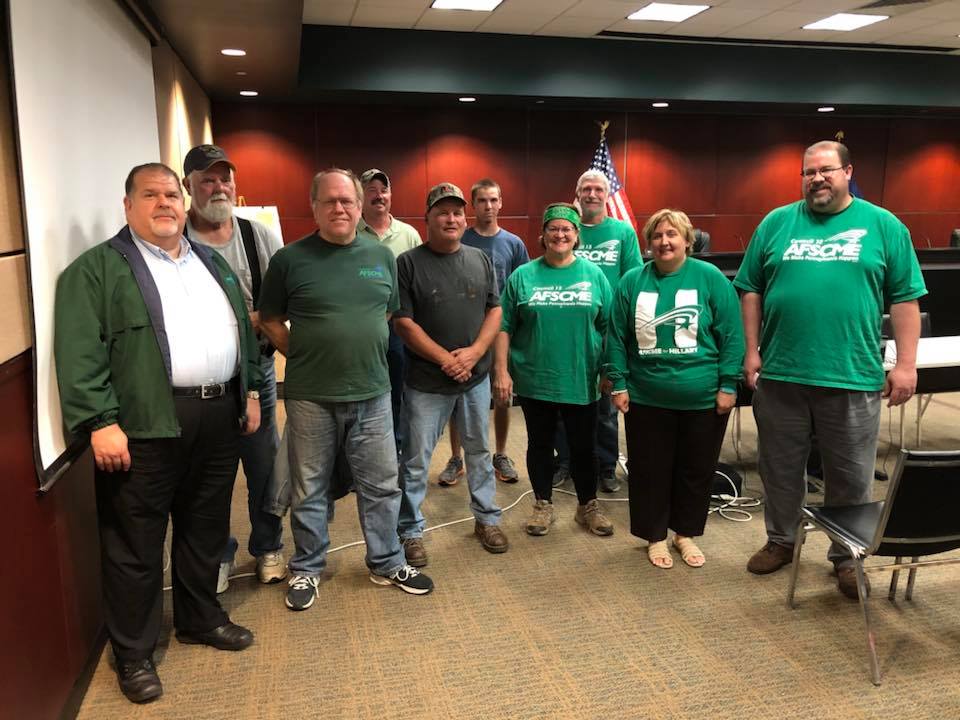 Employees of West Manheim Township and their sisters and brothers from AFSCME District Council 89 attend a township supervisors meeting to show solidarity and send a message to the supervisors.

Township employees voted unanimously in favor of union representation with District Council 89 of the American Federation of State, County and Municipal Employees (AFSCME) almost three years ago. All throughout the process, the township supervisors have been opposed to the employees unionizing, taking it as far as hearings before the Pennsylvania Labor Relations Board to question the status of three positions. In all of those cases, the board ruled in favor of the union, so the employees were able to proceed with unionization. Now that the employees have gotten representation through the union, the supervisors are putting up a fight at the bargaining table.

However, this fight is not over wages or benefits, as the union and township have agreed to almost every other aspect of the contract, but over the matter of automatic payroll deductions for union dues. Automatic payroll deduction would collect union dues from employees’ paychecks similar to how taxes and healthcare contributions are deducted. The township already allows voluntary deductions for other purposes, and extending that to union dues deduction for these employees would cost virtually nothing. 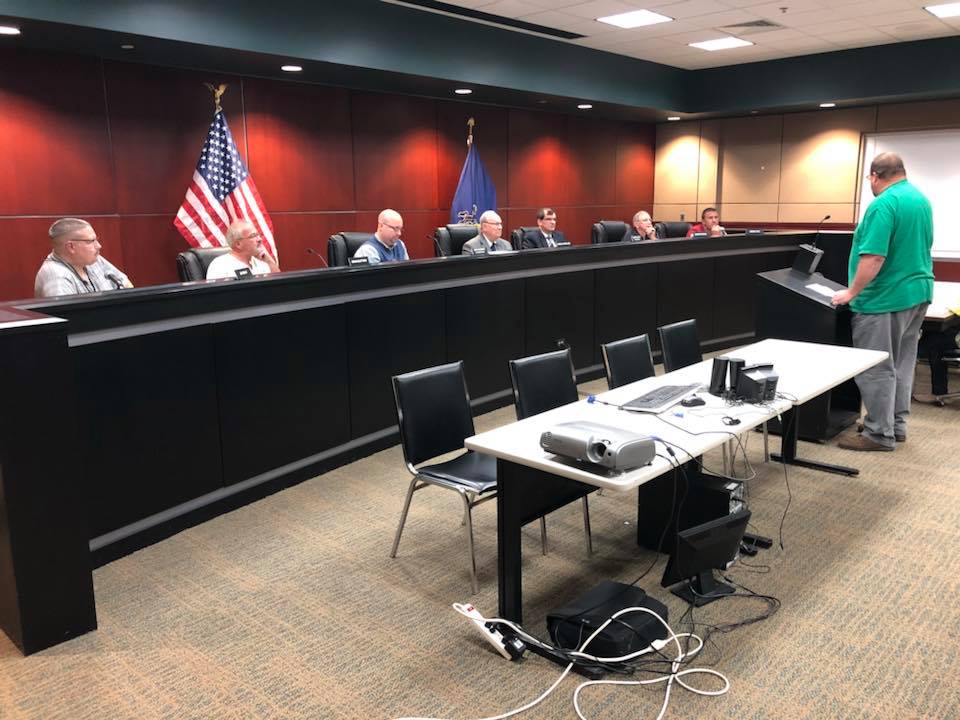 “The employees here deserve respect,” said Director of District Council 89 Steve Mullen during his remarks to the supervisors on October 5.

“Continuing to hold up a contract for your personal, ideological beliefs just widens the rift between the employees and management, and is not good for the taxpayers, the employees or the township.”

Automatic dues deduction is standard practice, and the township’s unionized police force is allowed to pay dues that way. It is clear that the supervisors’ “philosophical opposition,” as they describe it, to automatic payroll deduction is yet another attempt to make it difficult for the employees to collectively bargain, even though the employees democratically voted in favor of it.

It is time for the township to respect their employees, recognize the union and ratify a contract so everyone involved can focus on serving the residents of West Manheim Township.