Pennsylvania Department of Transportation (PennDOT) workers and AFSCME members always have each other’s backs, which was exemplified in a near-deadly incident on April 18, 2018.

John Parada, PennDOT District 2 employee and member of AFSCME Local 2119 (Clearfield County Trades and Labor), was knocked unconscious after slipping and falling during a routine equipment check on the I-80 east ramp. 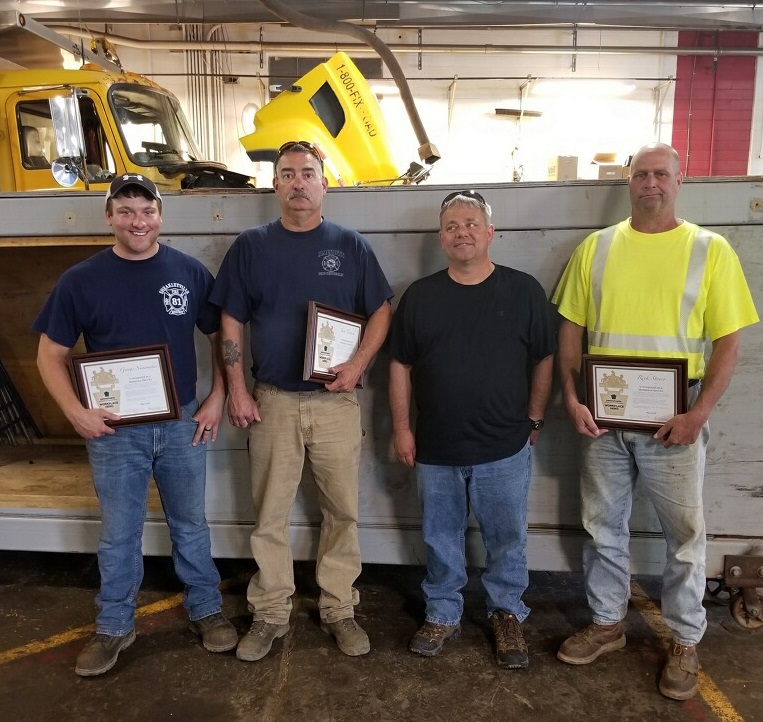 The three men sprang into action, with Tuchek on the scene first to administer first aid. Nunemaker and Stoyer arrived moments later and initiated safety and traffic control procedures. As Tuchek began to apply a head dressing, Parada became responsive, and stabilized until an ambulance arrived. Parada has since made a full recovery.

“In honor of your immediate action, without regard to self, that directly contributed to the life-saving efforts of a member of our PennDOT family. Your courage and initiative are to be commended,” read the certificate from PennDOT that recognized Tuchek, Nunemaker and Stoyer as Workplace Heroes.

In a show of vigilance, brotherhood and professionalism, as well as a reminder of the dangerous jobs that PennDOT employees and AFSCME members perform every day, what could have been a tragedy ended as a minor mishap, and everyone was able to safely return home.

AFSCME Council 13 applauds the heroism of these three men, and is thankful that our brother John is still with us.