AFSCME District Council 90 Director Carla Insinga has accepted the position of Chairperson of the Judicial Panel for AFSCME International. 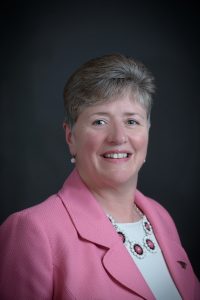 Carla Insinga will start her new position with AFSCME International on February 1, 2021.

Insinga will be replaced by Council 13 Assistant to the Executive Director Darrin Spann.

Insinga began her activism with AFSCME in 1985 as a member of Local 2377 at Lincoln University, where she served as Local Union President.

Insinga served as adviser to Council 13’s Next Wave Program, which was designed to recruit and engage young workers. She is also active in constituency groups of the AFL-CIO. She was elected to the National Officers Council of the Coalition of Labor Union Women (CLUW) in 2013 as the Vice President representing AFSCME, and she was elected Executive Vice President of CLUW in 2017. She also served on the board of the Harrisburg Chapter of the Coalition of Black Trade Unionists (CBTU) and CBTU’s Region II Board. In 2014, Carla was elected as a Vice President to the Pennsylvania AFL-CIO’s Executive Council representing AFSCME. In 2012, she was named Union Woman of the Year by the Pennsylvania AFL-CIO.

Insinga has led and taken part in a variety of education and training opportunities with her union. She received a Bachelor’s Degree in Labor Studies from the National Labor College in 1999 and a Master’s in Public Administration from the University of Baltimore in 2001. She is a member of the United Association for Labor Education (UALE).

“I’m grateful to my International President Lee Saunders and the International Executive Board for this opportunity, and I pledge to the members of our union that I will perform my duties with integrity,” Insinga said.

“To all of those who have been part of my Pennsylvania journey, thank you! And to my AFSCME family in Washington, DC, I’m looking forward to planting new roots.”